Author Chat with Ethan Aldridge (Estranged #2: The Changeling King), Plus Giveaway! ~ (US Only) Today we're excited to chat with Ethan Aldridge, author of

Read on for more about Ethan and his book, plus an giveaway! 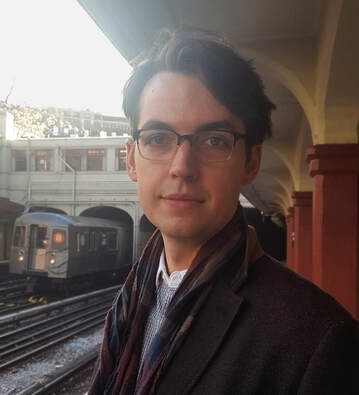 Ethan Aldridge is a New York Times bestselling illustrator and author living in New York City. He is the creator of ESTRANGED, an urban fantasy graphic novel (HarperCollins 2018).

Ethan was born in Fayetteville, Arkansas and raised in a (very) small town in Utah, where his parents read him books about dragons and ghosts. Growing up, Ethan’s favorite things to draw were monsters and whatever dinosaur took his fancy that week. He now does more or less the same thing for a living.

Ethan has had the pleasure to create work for HarperCollins Publishers, Penguin Random House, and Electronic Arts Games, among others. 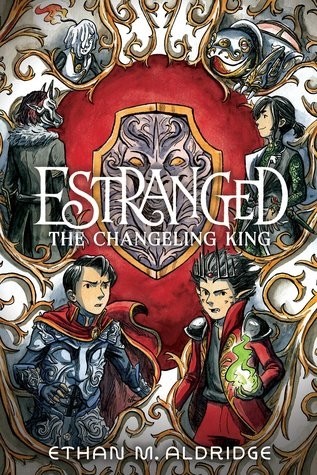 Enter a world of faerie magic and epic adventure in this spellbinding sequel to Estranged—a rich fantasy graphic novel perfect for fans of Amulet.

After years of pretending to be human, the changeling Edmund Carter has assumed his rightful role as Cinder, king of the World Below. But not everyone at the royal palace is happy about his return.

Meanwhile, Ed is adjusting to human life in the World Above. His birth family treats him with a kindness he never knew growing up in the Fay court, but Ed misses the sense of purpose he had as a knight.

When a mysterious new threat emerges in the World Below, Cinder must call on Ed and their older sister, Alexis, for help. But nothing can prepare them for the family secret that awaits at the end of their perilous quest.

With over two hundred pages of gorgeous watercolor paintings, The Changeling King invites readers on an epic journey through a magical world—one they will not soon forget.

Much of the inspiration for the   Estranged books come from my love of fairy tales and folklore. Those stories are old, and I'm endlessly interested in what they still have to say about ourselves and our society now. In particular, folk stories about changelings seemed to be a way of trying to explain why some children feel different and outside of normal society. I wanted to write a story exploring that.

Coming up with titles is easily one of the hardest parts of the process for me. I had the entire first book written before I settled on a title (It was just called "Changeling Story" in my notebooks).   The Changeling King was much easier to title, mostly because my husband is the one who suggested it.

I learned just how important it is to really, fully believe in what your characters are feeling. It's important to get inside of their heads and really think about what they hope for, what they're afraid of, what makes them happy, what makes them sad. That way, all you have to do is introduce them to some kind of conflict, have them react how you know they would, and   voila, you have a story.

There are so many good ones! I recently loved  The Starless Sea by Erin Morgenstern, which comes out in November. I'm also excited to read   Mooncakes by Suzanne Walker and Wendy Xu, Witchy by Ariel Ries, and Angel Mage by Garth Nix.

It's so hard to pick a favorite! One that I had a lot of fun reading and tell everyone about is   Thisby Thestoop and the Black Mountain by Zac Gorman and Sam Bosma. It has fun monsters, hilarious writing, and a great friendship between a dungeon keeper and a stressed-out princess.

I've got several more graphic novels in the works! Some are silly, and some are a little more scary, and I'll probably find a way to put dragons or trolls in all of them.

Ed, formerly known as the Childe, gave me some difficulty when writing   The Changeling King. He's in a place of transition in the story, and he doesn't know where he wants to go or what he should be. I've been there in real life, and I still feel like I don't know the answers sometimes, so it was hard to try and explore those answers for him.

Definitely revising. I enjoy writing the first draft a lot, but the second draft is where you start arranging all the puzzle pieces, until you get something more story-shaped. It's a very satisfying feeling.

The public library system! I spend so much time there. I've written nearly all of my current project at the Brooklyn Central Library. The public library as an institution is more important to society than ever, with community building, information access, and important resources. They need every bit of support they can get.