Today we're excited to chat with Emma Carroll, author of Strange Star. Read on for more about Emma and her book, plus a giveaway! 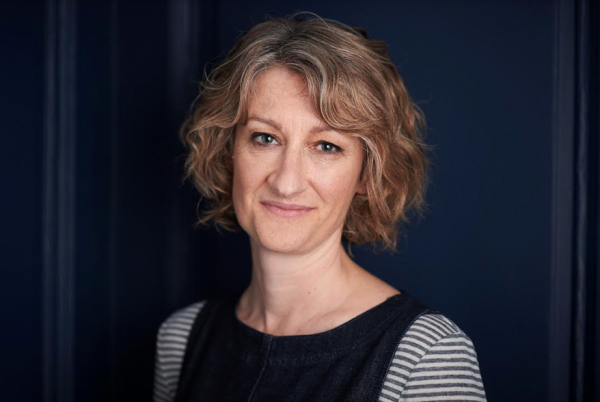 Emma Carroll was a high school English teacher before she retired to pursue writing full-time. She has also worked as a reporter, an avocado picker, and the person who punches holes into Filofax paper. She recently graduated with distinction from Bath Spa University with an MA in Writing For Young People. She lives in the Somerset hills of southwest England with her husband and two terriers. To learn more about Emma and her books, visit emmacarrollauthor.wordpress.com, follow @emmac2603 on Twitter, and look for In Darkling Wood, also available from Delacorte Press. 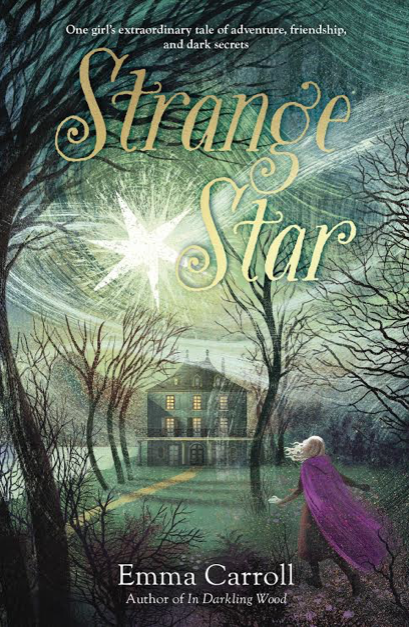 One stormy June evening, five friends meet at Villa Diodati, the summer home of Lord Byron. After dinner is served, they challenge each other to tell ghost stories that will freeze the blood. But one of the guests—Mary Shelley—is stuck for a story to share.

Then there's an unexpected knock at the front door. Collapsed on the doorstep is a girl with strange scars on her face. She has traveled a long way with her own tale to tell, and now they all must listen.

Hers is no ordinary ghost story, though. What starts as a simple tale of village life soon turns to tragedy and the darkest, most dangerous of secrets. Sometimes the truth is far more terrifying than fiction…and the consequences are even more devastating.

A Chat with Emma Carroll:

1.) What gave you the inspiration to write this book?

Strange Star came out of my deep love for 'Frankenstein' and my fascination with Mary Shelley's backstory. I love creepy, gothic stories so was dying to write something like this. Further inspiration came from a story local to where I live in Somerset of a amateur scientist who experimented with electricity/lightning at his huge country estate on the outskirts of a village called Broomfield. The locals thought he was the Devil, but the Shelleys were intrigued by him, and supposedly called in to visit on their way to stay with Coleridge who lived nearby.

2.) Who is your favorite character in the book?

Probably Mercy because she's really kind and caring- and has always got sweets in her pocket! Or Felix who is the steady, unflappable type you'd always want with you in a crisis.

3.) Which came first, the title or the novel?

They came together really. 'Strange Star' relates to something Mary Shelley wrote about a comet being in the sky at the time of her birth, which she thought was an omen for how strange and difficult her life would go on to be. I tend to have my titles nailed down very early on. All my books have been named by me!

4.) What scene in the book are you most proud of, and why?

My favourite scene is probably when the scientist brings something back to life ( hard to say more without spoiling it!) because it changed very little from the first draft. I also enjoyed writing the final chapter. I'm a big fan of endings- far more than beginnings.

5.) What do you like most about the cover of the book?

ALL of it! This is one of my favourites of all my book covers. I LOVE Lizzie's purple cloak- such an arresting colour- and the way the star really seems to glow.

My most difficult book to write-to date- was Letters From the Lighthouse, which is set in WW2 Devon and tells the story of evacuees and refugees from Nazi-occupied Austria. There's a scene where Esther, a kindertransport child tells her story: that was totally heartbreaking to write.

In Strange Star there's a scene near the start with lightning. That was also a toughie to write, but again changed very little from the first draft.

I'm currently editing my latest book called Secrets of A Sun King, which is about the discovery of Tutankhamen's tomb in 1922, and a strange object that maybe should/shouldn't be returned there. Parts of the story go back to Luxor in 1350BC and feature the young king. He was quite a tough cookie to write!

Revising. Definitely. My first drafts are AWFUL. Rougher than rough. But I find it hard to go really deep into a story until I've got that first draft down.  A lot changes/deepens/grows after that.

Making a decent cup of tea - strong, a splash of milk- and chocolate brownies. I'm not bad at making them, but am even better at the eating part.

One winner will receive a copy of Strange Star (US only).

Giveaway: Pounce! A How To Speak Cat Training Guide (Gary Weitzman/Tracey West) ~ (US Only)

I recognized the Villa Diodati! Sounds like a great read!

The cover is beautiful, love it! The synopsis sounds intriguing!

0
The cover is beautiful, love it! The synopsis sounds intriguing!
Cancel Update Comment

The cover is beautiful and mysterious. I really like the concept of the story.

0
The cover is beautiful and mysterious. I really like the concept of the story.
Cancel Update Comment

The cover is beautiful and the synopsis sounds suspenseful and mysterious and creepy--fun stuff inside!

0
The cover is beautiful and the synopsis sounds suspenseful and mysterious and creepy--fun stuff inside!
Cancel Update Comment

The cover and synopsis both look spooky!

0
The cover and synopsis both look spooky!
Cancel Update Comment

I love that the synopsis is just enough to pique your interest without giving too much away. It sounds so intriguing, and I just love that the cover fits the ominous tone!

0
I love that the synopsis is just enough to pique your interest without giving too much away. It sounds so intriguing, and I just love that the cover fits the ominous tone!
Cancel Update Comment
How to resolve AdBlock issue?
X