Author Chat with Dianne K. Salerni (Jadie in Five Dimensions), Plus Giveaway! ~ (US Only) Today we are chatting with Dianne K Salerni, author of

Read on for more about Dianne, her book, and a giveaway! 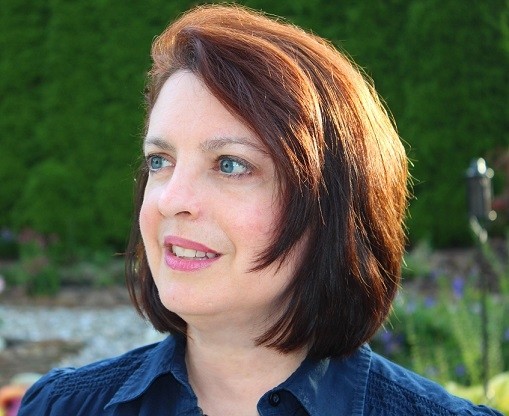 Dianne K. Salerni has written many books for children and young adults, including state-award nominated series The Eighth Day and Junior Library Guild selection Eleanor, Alice, and the Roosevelt Ghosts. She attended the University of Delaware and the University of Pennsylvania before teaching fourth and fifth grades for many years. Now Dianne spends her time hanging around creepy cemeteries, climbing 2,000-year-old pyramids for book research, and volunteering at her local rescue animal shelter. She lives in Pennsylvania with her family. Visit her at www.diannesalerni.com. 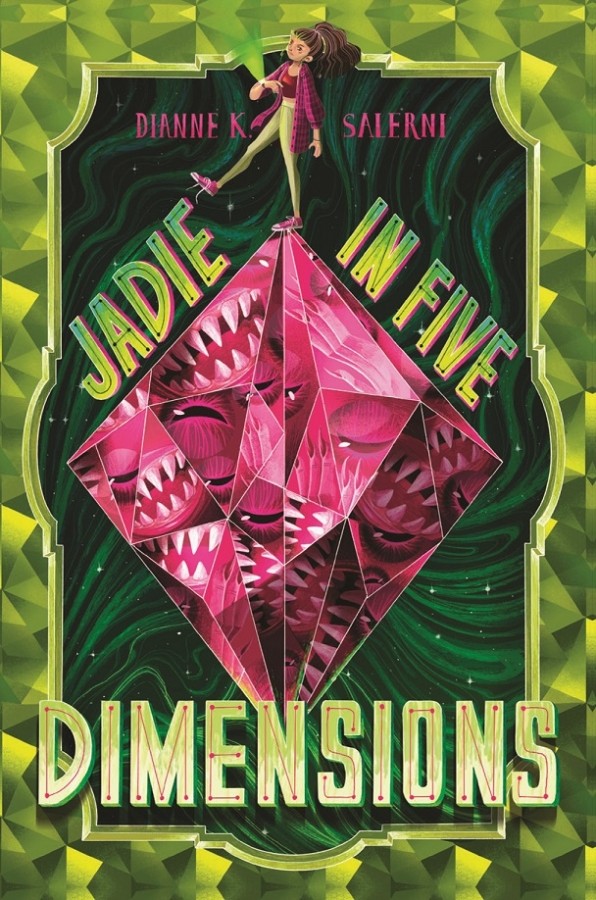 A thirteen-year-old girl seeks answers about her past in the fourth dimension—and beyond—in this think-outside-the-box adventure. What do you do when it turns out your whole life has been a lie? Jadie Martin was always told she was abandoned by her parents. Creatures from the 4th dimension rescued her and placed her with a loving adoptive family. Now, Jadie acts as an agent for the beings, also known as Seers. She uses the 4th dimension as a short-cut to travel anywhere on Earth, performing missions calculated to guide the world toward a brighter future. But then Jadie discovers that her origin story is fake. In reality, her birth family has suffered multiple tragedies and disasters engineered from 4-space, including the devastating loss of their baby girl. Her! Doubting the Seers, Jadie starts anonymously observing her long-lost family. Why are they so important? What are the true intentions of the Seers? And what will all-powerful four-dimensional beings do to a rebellious human girl when they realize she's interfering with their plans? A Wrinkle in Time meets Flatland in this thrilling journey that challenges the meaning of family, loyalty, and our universe at large.

I’ve been fascinated with dimensional geometry ever since I read Flatland (Abbott, 1884) and Sphereland (Burger, 1957) as a middle schooler. In these books, a Square who lives in Flatland, a two-dimensional plane, meets a Sphere from a three-dimensional universe. Together they visit a world of one-dimension called Lineland and a Point who exists in a realm of zero dimensions. Eventually, the Sphere is visited by an Over-Sphere from four-dimensional space. Thanks to these books, I’ve been intrigued almost my whole life by the idea of universes with a different number of spatial directions than ours.

While I love my main character, Jadie, I had a lot of fun writing about her next-door nemesis, Ty Rivers. Writing a character with—shall we say—a flexible moral compass is very freeing. You can allow him do and say things you never would. In this case, Ty plans to use his access to the fourth dimension to steal money and valuables and amass a fortune. He’s not quite sure what to do with that fortune, although he fantasizes about buying a private island with a hollowed-out volcano where he can dangle his emotionally cold father over a shark pit.

Definitely the novel. My original title for this story was Braneworld because our three-dimensional universe is as insubstantial as a membrane in four-dimensional space.

I love the pink crystal in the center, which is displaying glimpses of a being from 4-space. Because humans can only see cross-sections of four-dimensional objects and creatures, the 4-space characters appear as disembodied eyeballs, teeth, and fingers. When Jadie looks at someone from 4-space, this horrifying jumble is what she perceives.

I absolutely loved Six Crimson Cranes by Elizabeth Lim. The world-building, the protagonist, and the plot are riveting, and there’s also a couple reversals of characters that I loved. One I saw coming; the other I did not. I love when a book can fool me!

I’m currently working on The Carrefour Curse, my third book with Holiday House and my eighth book in total. This one is inspired by Dark Shadows, the supernatural soap opera that fascinated me as a child. It’s got magic and family secrets, a curse (obviously), mysterious strangers in the cemetery, doors that open to other times, and an evil family patriarch who just won’t die. Look for this one in the spring of 2023.

Revising! Putting down new words on a blank page is the hardest thing I do as a writer. During the pandemic, I’ve sometimes had to bribe myself to draft. For every paragraph you write, you can read a chapter of this new, juicy thriller! When it comes to revising, though, I have to force myself to stop and take a break after hours of continuous work. I love revisions!

I volunteer for my local rescue center, CompAnimals Pet Rescue in Landenberg, Pennsylvania. We specialize in at-risk and hard-to-place pets: animals with missing fur or limbs, animals that need veterinary work before adoption – as well as taking in perfectly healthy animals. We have a fantastic record of finding homes for our pets, and we also provide a safe long term home for animals who, for whatever reason, are not candidates for adoption. I primarily walk dogs, service the small animal room (cats, small dogs, rabbits, ferrets, and potbelly pigs!), and manage cash donation boxes at local pet stores.

Don’t listen to anybody who tells you there’s only one way to write. (Or who offers you a foolproof plan for a successful story.) Whatever method gets you to the finish line with the project at hand is the right way – and that right way may change from book to book. Out of my eight published and upcoming books, four were completely outlined before I started drafting and four were utterly pantstered – written by the seat of my pants with no idea where I was going when I started.