Author Chat with Diane Zahler (Daughter of the White Rose), Plus Giveaway! ~ (US Only) Today we're excited to chat with Diane Zahler author of

Daugher of the White Rose.

Read on for more about Diane and her book, plus a giveaway! 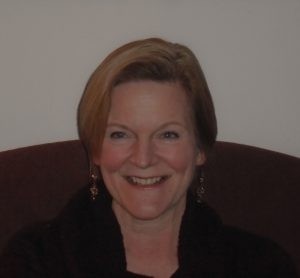 Diane Zahler is the author of over ten books for young readers, both fiction and nonfiction, including THE DAUGHTER OF THE WHITE ROSE and the very well-reviewed middle-grade fantasy novels THE THIRTEENTH PRINCESS and PRINCESS OF THE WILD SWANS. She lives in Riverdale, NY, with her husband, a professor at Fordham.

Meet Daughter Of The White Rose! 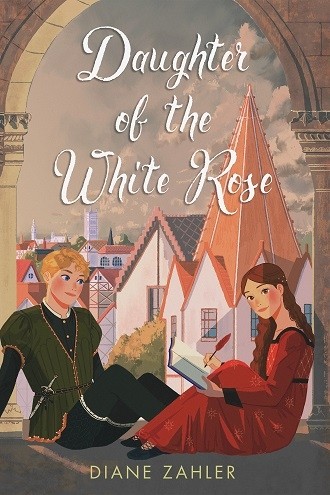 Nell Gould is the daughter of the royal butcher, a commoner, but she has been raised as the playmate of King Edward and Queen Elizabeth's royal children: Princess Cecily, Princess Bess, Prince Dickon, and Prince Ned, heir apparent and Nell's best and closest friend. They think alike, her and Ned, preferring books and jousts to finery and gossip and the sparkle of the court. But when King Edward dies, Prince Ned is imprisoned in the Tower of London by his scheming uncle, the evil Richard III—and Nell with him. Can they escape? Is Nell the key?

Based on the real royal scandal of the Princes in the Tower, Daughter of the White Rose covers a shocking episode in medieval history that has captured the imagination for 530 years. A story of murder, betrayal, resilience, and growing up, this girl-led medieval middle-grade novel will make a perfect companion to Catherine, Called Birdy and The Mad Wolf's Daughter.

I’ve always loved medieval history – I studied it in college -- and Tudor history in particular. When I first heard the story of the princes who were imprisoned in the Tower of London by their uncle, Richard III, it fascinated me – and I thought: what if there had been a witness to those events? What would she have seen? I had to write it!

My main character, Nell, is my favorite because the story is told through her eyes. She’s the character I know the best; we’ve been friends for a long time. But I’m very fond of the jester, Master Thaddeus, too. He only entered the story in draft 3 or 4, but I love his perspective. He’s deeply ironic but also very compassionate – and he’s funny! His riddles and rhymes and silliness bring humor into the mix.

Both, actually. I seem to start all my books with a title, a beginning, and an ending in mind, and Daughter of the White Rosewas no exception. But the title I started with is not its present title – my editor and I decided to change that title to one that gave a clearer sense of the novel’s focus. (The beginning and ending I started with aren’t the beginning and ending it has now either!)

Chocolate, of course. Is there another writing snack?

It was vital for me to learn that the perfect work I thought I’d created was utterly imperfect. Writing can always be improved. When I started writing children’s books, not long out of college, I didn’t know how to revise. I didn’t know I HAD to revise. And I learned, too, how important a really good, smart, and invested editor is to the process. I’ve always written in a sort of vacuum – no critique group, few readers besides my husband. The twelve-year-old who lives in my head is still my most important audience, but I needed to learn to listen to other voices and how to use their reactions to make my work better.

It’s divided into 2 sections: Children’s Books and Other. Under Children’s, I have Amari and the Night Brothersby B.B. Alston, We Dream of Spaceby Erin Entrada, The Last Rabbit by Shelley Moore Thomas, The List of Things That Will Not Change by Rebecca Stead, and, looking forward to September, Amanda Gorman’s poetry collection The Hill We Climb. Under Other is Hillary Mantel’s The Mirror and the Light, the final installation in her Thomas Cromwell trilogy, which is so enormous there’s no room for anything else.

Holiday House will be publishing my next book, Goblin Market, in 2022. It’s a fantasy loosely based on Christina Rossetti’s poem about two sisters who run afoul of goblins selling enchanted fruit, and what one sister has to do to try to save the other.

It’s a relatively recent development, but I truly love to revise. The focus on making the plot, the characters, even the words as close to perfect as I can is so satisfying! The hard part, of course, is knowing when I’ve done the best job I can possibly do and then letting it go.

I wish I could say flying. Or time travel – what a boon for a historical novelist that would be! But mine is much more pedestrian – I’d have to say persistence (is that a superpower? I think yes). I wrote the first draft of Daughter of the White Rose nearly 30 years ago, and I never stopped trying to get it published. Without persistence (and a good agent, and some luck), that book would be out in bookstores and libraries today.

Develop a thick skin. You WILL be rejected. It’s not personal; what one editor likes is not necessary what the next one will like. And be persistent. You can borrow my superpower! Keep on revising, keep on submitting, keep on improving your work until it’s as good as you can possibly make it. With luck, it won’t take you 30 years to get your book published!

Daughter Of The White Rose