Author Chat with CT Liotta (No Good About Goodbye), Plus Giveaway! ~ (US Only) Today we are chatting with CT Liotta, author of

No Good About Goodbye!

Read on for more about CT, his book, and a giveaway! 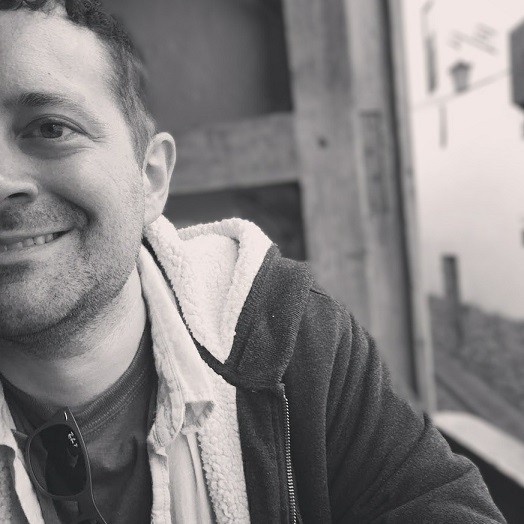 CT Liotta was born and raised in West Virginia before moving to Ohio for college, where he majored in Biology. He now uses Philadelphia as his base of operations. You can find him backpacking all over the world.

Liotta takes interest in writing, travel, personal finance, and sociology. He likes vintage airlines and aircraft, politics, news, foreign affairs, ’40s pulp and film noir. He doesn’t fear math or science, and is always up for Indian food. His favorite candy bar used to be Snickers, but lately it’s been 3 Musketeers. He isn’t sure why.

Meet No Good About Goodbye! 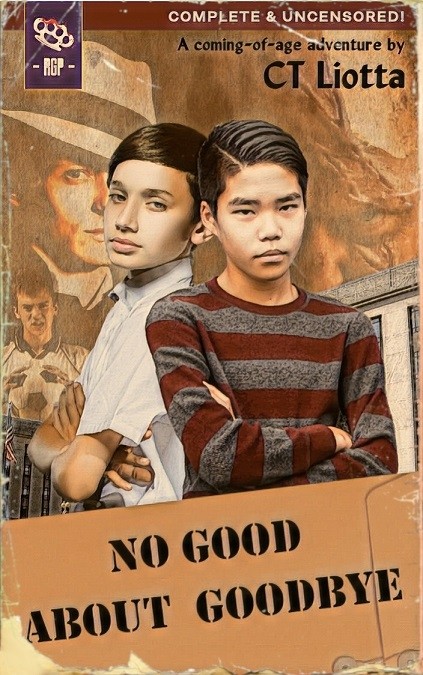 Fifteen-year-old Ian Racalmuto’s life's in ruins after an embassy raid in Algiers. His mother, a vodka-drunk spy, is dead. His brother, a diplomat, has vanished. And, he's lost a cremation urn containing a smartphone that could destroy the world.

Forced to live with his cantankerous grandfather in Philadelphia, Ian has seven days to find his brother and secure the phone—all while adjusting to life in a troubled urban school and dodging assassins sent to kill him.

Ian finds an ally in William Xiang, an undocumented immigrant grappling with poverty, a strict family, and abusive classmates. They make a formidable team, but when Ian's feelings toward Will grow, bombs, bullets and crazed bounty hunters don't hold a candle to his fear of his friend finding out. Will it wreck their relationship, roll up their mission, and derail a heist they’ve planned at the State Department?

Like a dime store pulp adventure of the past, No Good About Goodbye is an incautious, funny, coming-of-age tale for mature teens and adult readers.

YABC:  What gave you the inspiration to write NO GOOD ABOUT GOODBYE?

Gay teens have too few gay heroes and too many gay allegories. I wanted to write a coming out story where the teen hero was unquestionably gay and not ready to say it, but I didn’t want him to be pathetic and sad.

My favorite books as a teen were old, ripped paperbacks that were age-inappropriate. I liked them because they were fun adventures about spies or Nazi hunters or killer sharks rather than books filled with good values and object lessons. Could I fuse a coming out story and an adventure and make it funny and fun? That was my goal. Everything “gay” in YA fiction seems to be earnest. I wanted to write something a little more outrageous.

YABC:  What do you like most about the cover?

Most important thing first: Boys who are debating their sexuality won’t be embarrassed to hold this book and read it in a crowded cafeteria at school. That’s what I like most about it. That’s who the book is for.

The cover clearly isn’t what’s trending in YA design right now. It looks like an old, distressed pulp or a matinee poster, or a weathered Hardy Boys book that’s 50 years old. It may be unattractive to traditional YA readers seeking cartoon boys in vibrant colors holding hands or kissing on a beach. Ian and Will look like they're about to collect the rent, and that's the tone of the novel. Ian may be short and look young, but he knows how to throw fists. By the end of the story, Will is nobody’s fool.

I love the assassins gunning for Ian. Cartoon villains are the best. It’s funny when jealousies or insecurities or fragile egos unravel adults. If I could have them shake their fists and shout "I'll get you next time!" I would.

That stated, Will Xiang is my favorite character. It will surprise me if most readers disagree. As I wrote, he kept stealing the mic. While this book is Ian's story, if there's a sequel, it will be Will's.

YABC:  What scene are you most proud of and why?

I love the way the book ends, but I don’t want to spoil it.

When school bullies get the better of Ian in the second act, he strikes back. I write in third-person omni. It’s a departure from most YA, which is told in first person or close third. Industry pros warn against “head hopping,” but head hopping allows tricks of perspective. The segment works precisely because of a perspective shift from Ian scheming to his nemesis stepping in his trap. I couldn’t have done it in first person.

YABC:  Where does the title come from?

Shirley Bassey, who sung a lot of the great James Bond themes, has a wonderful song called No Good About Goodbye. She created it for a Bond film—Quantum of Solace—but they never used it. Anyway, if they ever turn this book into a movie, the theme song is ready to go. I retconned “No good about goodbye” into a phrase that Ian’s mother, Deena, uses.

Adam Sass is great, so The 99 Boyfriends of Micah Summers is at the top in 2022. As a teenager, I loved John LeCarre. His posthumous finale, Silverview, comes later this month, and I’m totally geeked about it. Finally, Christopher Gonzalez's short story collection I'm Not Hungry, But I Could Eat is high on my December reading list. He's hilarious, and it's a joy to watch him find success.

This won't be a story for everyone. Industry insiders say "write the story you want to write," so I did. I write far outside my lane, and I’m not always cautious or sensitive.

Gore Vidal once said “Write what you know will always be excellent advice for those who ought not to write at all. Write what you think, what you imagine, what you suspect!” It flies in the face of so much modern writing theory, but writing isn’t joyous to me any other way.

YABC:  What’s next for you?

I wish I had a crystal ball. I hope to get back to international travel and roaming around the world soon. I keep tossing around ideas for a sequel to NO GOOD ABOUT GOODBYE, but I have a busy day job, and honestly I don’t know who’s in the mood for what I write. Young adult political thrillers told in the style of pulp adventures may be hard work for no reward.

I’ll keep writing and see what comes out. I have a couple of ideas. I’d love to do a story about a 14 year-old girl whose drama class wants her to direct Annie, but who’s accidentally given scripts to David Mamet’s Oleanna and produces it to the horror of the adults in her life. We’ll see.

I really like Mighty Writers in Philadelphia - https://mightywriters.org/ - They’re a nonprofit that teaches under-resourced and historically marginalized kids to “think clearly and write with clarity.” We cry for more diverse voices in writing, but don’t always appreciate the way they stack the deck toward people with money, resources, time and education.

They don’t know it yet, but I will give10% of my preorder earnings from NO GOOD ABOUT GOODBYE to them. If that ends up being, like, two or three bucks, I’ll round it up to the nearest hundred.

No Good About Goodbye

Three winners will receive an Advance Reader Copy of NO GOOD ABOUT GOODBYE— personalized, signed and numbered by the author from a limited run of 10. The book will be watermarked with “NOT FOR SALE” ribbon wrapping the cover, and will have a bonus thank-you page not found in any other edition. ~ (US Only)