Read on for more about Colleen and her book! Colleen Oakes is the author of books for both teens and adults, including The Queen of Hearts Saga and The Wendy DarlingSaga. She lives in North Denver with her husband and son and surrounds herself with the most lovely family and friends imaginable. When not writing or plotting new books, she can be found swimming, traveling, and totally immersing herself in nerdy pop culture. She is currently at work on her third YA fantasy series, a children’s book, and a stand-alone YA novel. Wendy Darling has found herself once again in the arms of charming Peter Pan, the god-child who desires power above all things. This time, though, Wendy burns not with passion but with a secret: with Hook as her ally, she is there to defeat the evil that lies inside of Peter, the evil that holds all Neverland hostage—the Shadow.

To do this, Wendy must quietly undo Peter from inside his heart while at the same time convincing Tink to betray the twisted love that binds them together. This is a task made nearly impossible by the arrival of Booth, her sweetheart from London and a new pawn in Peter’s manipulative game—a boy whose heart she must break in order to save his life.

As all of Neverland prepares to fight, Wendy races to untangle Peter’s connection to the Shadow, a secret long buried in the Forsaken Garden. When the time comes, pirates, mermaids, Lost Boys, and the Darling family will all rise—but if Wendy can’t call the Shadow, they will all be destroyed by Peter’s dark soul. War has come to paradise, and Neverland will never be the same.

I knew that after Queen of Hearts I wanted to write another fairytale retelling with a strong female character.  When I first picked up Peter Pan to read it again before starting Wendy Darling, I was struck by just how adult that story is. As a child, you remember the Lost Boys having fun and Peter flying, but there are a lot of dark and twisted things about the story of Peter Pan; gender roles, violence, strange hints of hatred for Mothers, it’s a much deeper and more diabolical story that it gets credit for. That resonated with me, and I knew that Wendy Darling would be the character, and the book, for me.  I’m three books into the series, and this book is the dramatic finale of those other books.

I wish I could say Wendy but to be honest, Peter is my favorite character. At the same time, Wendy was the character who deserved to have her own story told.  Peter had a lot of depth that was best brought to the light by another character, a girl known for being good to juxtapose his feral tendencies.

I would say the last three chapters are the scenes that I am the most proud in the entire series.  They are filled with action and answers, but also deep emotional resolution and conclusion for all the characters in this series.  It’s hard to talk about it without spoilers but suffice to say it will rip your heart out.

I think in the process of being a writer, I’ve learned to trust my story and trust my characters. I can tell when a story pulls away from my original outline, and when it does the current takes me to the most wonderful, inspired places. Some of the best concepts I had about Neverland in this series came from really weird ideas that I just chased down a rabbit hole and forced into the light.

The covers, designed by Julie Metz at BookSparks have been phenomenal.  All three covers feature Wendy, but in the first two, she is being taken against her will in one way or another. She is at the mercy of someone else, of circumstance. It was important to me in the last cover that she was standing on her own, facing down her destiny, fully within her own agency.

I’m pretty excited about The Language of Thorns by Leigh Bardugo and Into the Water by Paula Hawkins.

I read so many good ones this year, but I would have to say my favorites were The Sun is Also A Star, Scythe and Dark Matter.

Well, I have a novel coming out from Harper Collins in late 2018/early 2019 called The Black Coats, which is about a teenage group of vigilantes who work under the umbrella of a brutal matriarchal society in Texas. 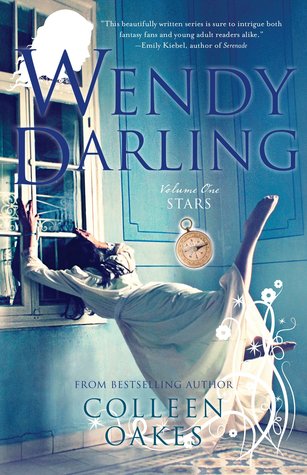 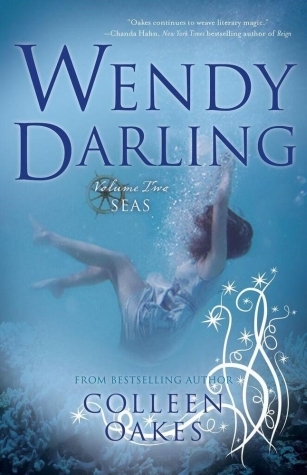 Author Chat with Maureen Johnson (The Box In The Woods), Plus Giveaway! ~ (US Only)

Author Chat with Julia Drake (The Last True Poets of the Sea), Plus Giveaway! ~ (US Only)

Author Chat with Mifflin Lowe (Dad, The Man, The Myth, The Legend), Plus Giveaway! ~ (US/CAN Only)