Today we're excited to chat with Coco Ma author of

Read on for more about Coco and her book, plus a giveaway! 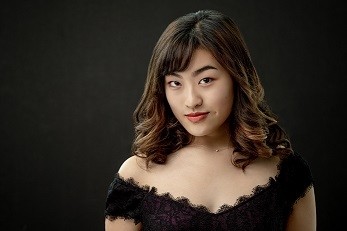 COCO MA is a Canadian author and pianist. At the age of fifteen, she wrote the first book of the Shadow Frost Trilogy and hasn’t looked back since. After learning the piano during her childhood, she has performed on some of the world’s greatest concert stages and graduated with a precollege diploma in piano performance from the Juilliard School in New York City. Currently, she studies at Yale University.

At this point, she wishes she could mention having a dog or a small dragon, except pets (and happiness, apparently) are tragically prohibited at her dormitories. When she isn’t writing, practicing piano, or wreaking havoc, you might find her bingeing Netflix or eating cake. Lots of cake. 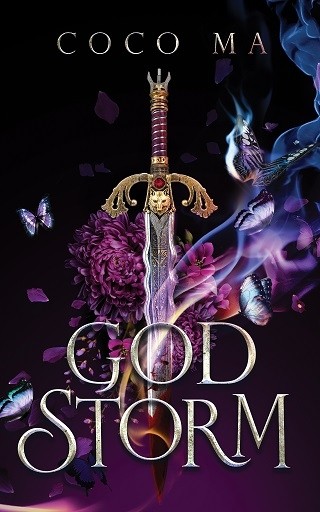 Everything has a price.

In the kingdom of Axaria, a darkness has fallen. After defeating the evil mother who summoned an immortal demon to kill her, newly coronated Queen Asterin Faelenhart should have every reason to celebrate. Her kingdom is safe, forbidden magic eradicated, and her friends are alive. Except Asterin’s triumph has come at a devastating cost—forced to choose between a lifelong friend and true love, she’s lost both. But the shadows in Axaria have begun to stir once again, and no one is more starved for vengeance than Asterin ...

Yet it soon becomes clear that the shadows plaguing her kingdom are just the beginning. Another realm coexists with the mortal world—the beautiful, nightmarish Immortal Realm ruled by the wicked God of Shadow, King Eoin. When their paths entwine, Asterin realizes that Eoin possesses exactly what—and who—she seeks most. And the fates of all those that she holds dear—Orion, her missing Guardian; Luna, the friend she could not save; Harry, the demon who saved them all; and Quinlan, her beloved broken prince—ultimately rest in the god’s hands.

But in a world of magic, not everyone is always as they seem. When shocking discoveries threaten everything and everyone that Asterin has sworn her life to protect, she won’t be the only person forced to make a choice ... a choice that will change the mortal world forever. And maybe even destroy it.

God Storm follows all of your favourite characters (and some new faces!) from Shadow  Frost in the aftermath of the battle that tore them all apart and changed their destinies  forever. Shadow Frost mainly took place in the Mortal Realm, but I’m so excited to say that you’ll get to explore the Immortal Realm and its dangers in the sequel, as well as the dark god that rules over it all.

There are so many to choose from! And it changes all the time. I have to admit,

though, Luna was definitely the most fun to write this time around. She undergoes so  much pain and frustration throughout the end of the first book and the first half of the  sequel. Her world goes up in flames but she emerges reborn from the ashes, ready to fight for what is rightfully hers. She’s also accompanied by a new character: a lethal

mercenary with a mysterious identity and wits sharper than the knives she wields. I  enjoyed writing about her immensely.

The last few years have been a crazy ride, and I can’t tell you how much I’ve learned  along the way. For starters, I learned the value of plotting a book, which is something I  would have wrinkled my nose at when I was 15 and writing the first draft of Shadow Frost. My 4th book has an outline for every single chapter—I think because it’s a new

world, the outline helps me ground myself and stay on track while still giving me room  to build the characters and surprise myself. Of course, there’s also all sorts of technical  things like pacing and gratuitous adverb usage... but I think the biggest difference between Shadow Frost and God Storm is that the characters have way more space to

grow and develop, especially since the stakes are so much higher now!

I don’t know if this counts, but I LOVE the texture of the cover! The design, of course, is  stunning (as well as symbolic of the story!), but the texture is the smoothest, silkiest  velvet matte. If you know what the hardcover of Shadow Frost felt like, God Storm is even better because the wolf sword is this beautiful shimmery metallic foil. Also, the two covers look SO gorgeous side by side!

YABC:  What new release book are you looking forward to?

I’m currently working on two books at the same time, one of which is the finale of the  Shadow Frost Trilogy. The other is a new project I am bursting with excitement about—a YA fantasy/SFF novel set in a modern day New York City that’s filled with monsters, magic, and mayhem! Other than that, I’m applying to universities right now.

which is so much fun and not stressful at all.

I don’t want to spoil anything in the sequel, of course, but anyone who read Shadow  Frost knows that the lifelong friendship between Asterin and Luna was shattered by Asterin’s decision to save Quinlan’s life over Luna’s. One of the sequel’s themes

definitely revolves around the question of forgiveness. It was really emotionally taxing  to write their relationship dynamic—the struggle of wanting to be with someone and  missing them in your life while knowing that you need to distance yourself for your own sake. As much as you might want to cling onto the past and what once was, there

comes a time when you just have to move on and strive to be the best person that you  can be without them.

Honestly, it seems to depend on the book. I never really struggled with drafting until I started writing the last book of the Shadow Frost Trilogy... because there is SO much

going on and the last thing I want to do is overload the reader with a hundred  different storylines and character arcs. So I suppose that’s a bit of a headache. However, drafting is usually the most fun! Especially on days where everything somehow clicks and the only thing on your mind is telling the story. I also enjoy

revising because you get to sit down and appreciate the manuscript you managed to  finish by trading your soul to the devil or whatever. I always get fired up because it’s

exciting to go back and start polishing what you’ve written, so that when you hand the book to the reader, you can rest assured that it’s a book that you’re proud to have created.

Okay, this is going to sound weird but hear me out—my superpower is carrying liquids while skateboarding. If you give me a cup of hot chocolate with the lid ​on​, there’s a 110% chance I’ll spill it onto my pants while walking between the counter and my table. Heck, I can’t even carry a glass of water that’s like 75% full without it sloshing  over the sides. But a few months ago, I was skateboarding down the street to get to  my next class, holding a large bowl quite literally filled to the brim with chicken noodle soup from one of the dining halls at Yale. I weaved through traffic, 10 miles an hour, a spoon in one hand and the bowl in the other—and I didn’t spill a single drop. Bumpy  pavement, sidewalk cracks, sudden turns... nothing could shake me. I trip a lot while walking, but never while skateboarding. (Well, except for that one time when I broke  my collarbone and destroyed my ACL, but anyway. :D)