Author Chat with Chloe Gong (OUR VIOLENT ENDS), plus giveaway! ~US Only Today we are chatting with Chloe Gong, author of

Read on for more about Chloe, her book, and a giveaway! 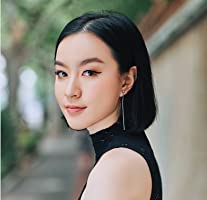 Chloe Gong is the New York Times bestselling author of These Violent Delights and its sequel, Our Violent Ends. She is a recent graduate of the University of Pennsylvania, where she double-majored in English and international relations. Born in Shanghai and raised in Auckland, New Zealand, Chloe is now located in New York pretending to be a real adult. You can find her on Twitter, Instagram, Pinterest, and TikTok under @TheChloeGong or check out her website at TheChloeGong.com.

About: OUR VIOLENT ENDS 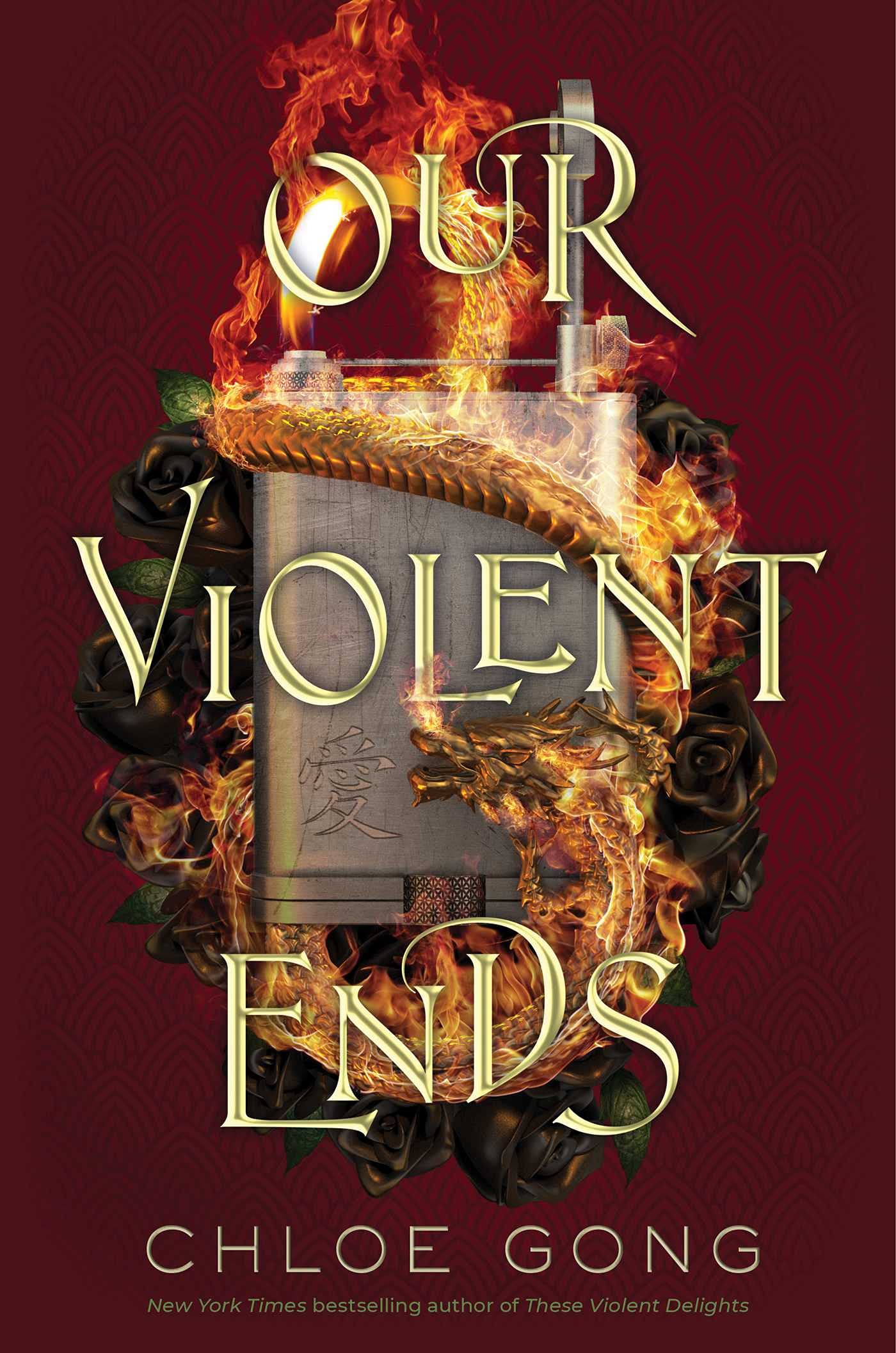 Shanghai is under siege in this captivating and searingly romantic sequel to These Violent Delights, which New York Times bestselling author Natasha Ngan calls “deliciously dark.”

The year is 1927, and Shanghai teeters on the edge of revolution.

After sacrificing her relationship with Roma to protect him from the blood feud, Juliette has been a girl on a mission. One wrong move, and her cousin will step in to usurp her place as the Scarlet Gang’s heir. The only way to save the boy she loves from the wrath of the Scarlets is to have him want her dead for murdering his best friend in cold blood. If Juliette were actually guilty of the crime Roma believes she committed, his rejection might sting less.

Roma is still reeling from Marshall’s death, and his cousin Benedikt will barely speak to him. Roma knows it’s his fault for letting the ruthless Juliette back into his life, and he’s determined to set things right—even if that means killing the girl he hates and loves with equal measure.

Then a new monstrous danger emerges in the city, and though secrets keep them apart, Juliette must secure Roma’s cooperation if they are to end this threat once and for all. Shanghai is already at a boiling point: The Nationalists are marching in, whispers of civil war brew louder every day, and gangster rule faces complete annihilation. Roma and Juliette must put aside their differences to combat monsters and politics, but they aren’t prepared for the biggest threat of all: protecting their hearts from each other.

Our Violent Ends is the sequel to These Violent Delights, so it picks up where we last left off on the blood feud story in 1920s Shanghai! I wanted to do a duology that really delved into the true history of gangster-ruled Shanghai in the era between the Opium Wars and the Chinese civil war, whilst also inventing some of my own feuding families drama. The end result was somehow a Romeo and Juliet retelling that circled around Shakespeare’s themes of love and hope in an entirely new setting.

It’s too hard to choose! Since Our Violent Ends offers the reader the opportunity to see from Marshall’s eyes and hear his narration for the first time, I’ll say Marshall. It’s always really fun to write about a comedic character from someone else’s eyes, and then jump into their head to really delve into how complex they actually are.

Sort of both at the same time. Since the duology titles come from the Shakespeare quote “These violent delights have violent ends,” once I knew I was doing a Romeo and Juliet retelling, I had the titles too.

There’s one scene near the climax where two main characters get to have a quiet moment while the world outside enters absolute chaos, and I’m really proud of balancing that delicate juxtaposition to get what we ended up with. I really love writing characters who find the strength to love and to push through even the harshest of circumstances, and in this book I got the chance to really reach the height of that goal.

That writing is re-writing! Telling stories isn’t about just getting one initial idea, it’s about getting it down on paper and then seeing how you can make it even better and push every facet of a book into its full potential. It’s almost impossible to see the big picture all at once, and I’ve learned that keeping an open mind about where a story can go is so important to fully realize what it could be.

The symbolism. I’m so lucky to have such beautiful covers for the duology, but I’m especially giddy that my covers had such thought applied to what would appear in order to represent different themes and to showcase the book in a visual manner. These Violent Delights had art from Billelis, designed by Sarah Creech, and Our Violent Ends had art from Katt Phatt, designed by Greg Stadnyk.

I’m so excited for Iron Widow by Xiran Jay Zhao. I was lucky enough to read an advanced copy, and I just know it’s going to blow everyone’s minds.

The Nemesis by S.J. Kincaid, which is the final book of a trilogy that I’ve been eagerly waiting for, and it delivered excellently.

Foul Lady Fortune is coming next in Fall 2022, and it’s a spinoff on the These Violent Delights and Our Violent Ends duology! New readers will be able to jump in as long as they don’t mind spoilers for the first duology, but readers who are already familiar with the world will get to reacquaint themselves with familiar characters in a whole new era.

That I’m so excited for readers to get more of the stories I adore telling!

It’s always a struggle to get the perfect balance between portraying a real historical event while also keeping the pace of my invented story. A major scene in Our Violent Ends yanks right from history, and though it was harrowing to give a true account of what happened, it was so important to me to represent it. It took a lot out of me emotionally!

Is it cheating to say I feel as though every character gives me different kinds of trouble? I spent the longest in Juliette’s head, so she has the most to say which I have to filter down and really get to the brunt of her emotional core. Benedikt is so alike to how I am, so I end up mining a lot of myself to give him his thought process. Marshall is just a funny guy, so then I have to force myself to be funny to get into his head. Which isn't easy.

I enjoy drafting more because I love the feeling of creating something out of nothing. Although I really love revising too because it gives me the feeling of things finally falling together, drafting is the initial act of creation itself, and nothing compares to sitting back after a long writing session and seeing that the pages are now filled with words and words that somehow pull together a whole world.

Time travel. And by that I mean I’ll swear I’m going on social media for five minutes and suddenly five hours have passed.

YES!!! I cant wait to read the second book of these violent delights!!!

0
YES!!! I cant wait to read the second book of these violent delights!!!
Cancel Update Comment

I'm very excited to see how this duology ends!

Chloe Gong is such a force!! Can’t wait for this book. I also adore the cover art and how well it ties into the first book in the series.

0
Chloe Gong is such a force!! Can’t wait for this book. I also adore the cover art and how well it ties into the first book in the series.
Cancel Update Comment

So excited for this sequel!!

The cover is powerful. I'm so excited for dramatic sequel.

0
The cover is powerful. I'm so excited for dramatic sequel.
Cancel Update Comment

I loved the first book, can't wait to read this one!

0
I loved the first book, can't wait to read this one!
Cancel Update Comment

Cover is stunning just like the last one. So excited for the sequel. Romajuliette supremacy!!

0
Cover is stunning just like the last one. So excited for the sequel. Romajuliette supremacy!!
Cancel Update Comment

The cover is beautiful and the synopsis is amazing! I'm so excited to see how this duology ends.

0
The cover is beautiful and the synopsis is amazing! I'm so excited to see how this duology ends.
Cancel Update Comment

The cover is absolutely gorgeous and the synopsis makes it sound amazing. Loved the first book.