Today we're excited to chat with Catherine Linka author of

What I Want You To See.

Read on for more about Catherine and her book, plus an giveaway. 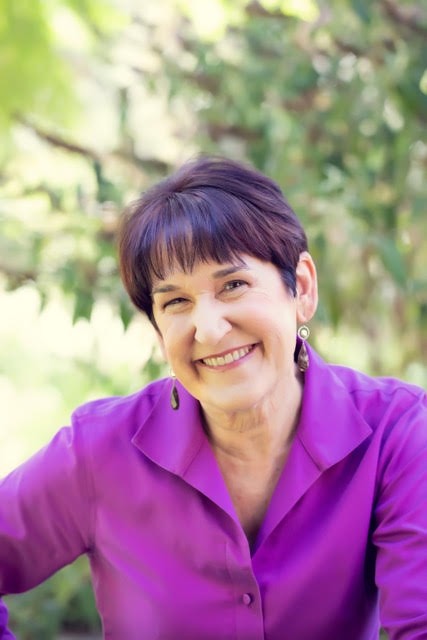 Catherine Linka is happiest on a mountain trail, the deck of a ship, or behind her laptop. An art lover, she’s pretty good at drawing, but even better at painting with words. Catherine doesn’t believe in fate, but she did fall in love with her husband on their first date when he laced up her boots after she broke her hand.

Meet What I Want You To See! 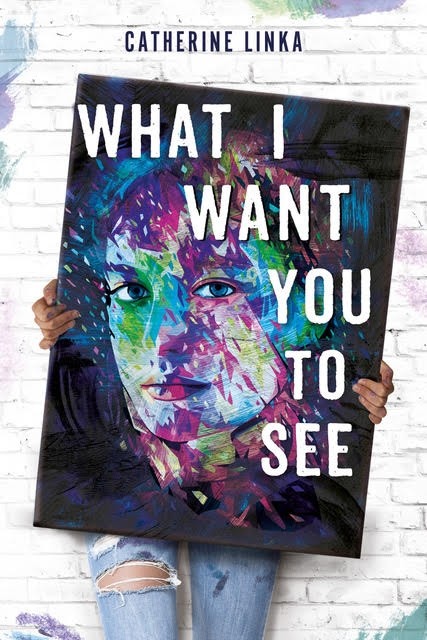 Winning a scholarship to California’s most prestigious art school seems like a fairy tale ending to Sabine Reye’s awful senior year. After losing both her mother and her home, Sabine longs for a place where she belongs.

But the cutthroat world of visual arts is nothing like what Sabine had imagined. Colin Krell, the renowned faculty member whom she had hoped would mentor her, seems to take merciless delight in tearing down her best work—and warns her that she’ll lose the merit-based award if she doesn’t improve.

Desperate and humiliated, Sabine doesn’t know where to turn. Then she meets Adam, a grad student who understands better than anyone the pressures of art school. He even helps Sabine get insight on Krell by showing her the modern master’s work in progress, a portrait that’s sold for a million dollars sight unseen.

Sabine is enthralled by the portrait; within those swirling, colorful layers of paint is the key to winning her inscrutable teacher’s approval. Krell did advise her to improve her craft by copying a painting she connects with . . . but what would he think of Sabine secretly painting her own version of his masterpiece? And what should she do when she accidentally becomes party to a crime so well -plotted that no one knows about it but her?

Complex and utterly original, What I Want You to See is a gripping tale of deception, attraction, and moral ambiguity.

WHAT I WANT YOU TO SEE started as an excuse to spend a year indulging my passion for art.   I felt like I didn’t know a thing about contemporary art and LA is a major center for contemporary in the US, so I vowed to read and see as much as I could. As I began to think about what direction a book might take, I was haunted by a character in a novel I’d read who did something that was borderline illegal and unethical, but she was trying to help someone she loved. I wanted to write a character who believes she’s doing the only thing she can do, but turns out she didn’t understand what she was getting into at all.

I love love love Sabine, my main character. She’s smart and talented and has survived so much—the loss of her mom and their home. But despite everything she’s had to deal with, she holds onto her faith in her artistic talent and belief that her scholarship is her ticket to a new life. Sabine is vulnerable and lost, and her professor, Collin Krell is making her life hell, but she’s determined to show him that he’s wrong and that she deserves her scholarship.

It’s not just one scene, but several which are called Sketches. In each, Sabine describes a sketch in her sketch book from the year before she entered art school and then tells about the memory tied to the sketch. One sketch is of her mom right before her fatal accident and another is of going to the beach club with her former best friend. I had to write and rewrite the Sketches until I got them right.

The cover! I teared up when I saw it.  Jaime Alloy, the designer, totally got what the story was about and what the title was trying to say. I love that Sabine is hidden behind the painting, because she wants you to see her through her art, and because she’s hiding so much about herself and her past. And the painting Sabine’s holding is perfect, because it mirrors an important painting that appears in the book.

Normally, I’d say a love scene, because they’re almost impossible to get right. Kissing scenes are the worst, because they can turn cheesy really easily.  When you’re writing a kissing scene, you know the reader’s engaged. Weirdly, the scenes that were hardest to write were the ones where Sabine is painting or drawing. Creating art is a major part who she is, but drawing and painting aren’t exactly exciting for someone watching it, so I had to work hard to keep the reader’s interest.

Kevin from Kansas. Kevin’s cute and smart and he’s studying engineering and art so he can create kinetic sculptures. But he’s a nice guy and I feel as if those are the hardest characters to write. It’s easy to write a villain, and make them appealing, but it’s hard to write a good guy, because you have to find the not-so-great part of him that makes him interesting.

This probably sounds strange, but… Carnivorous Nights on the Trail of the Tasmanian Tiger. These two nature writers and their stoner artist friend tromped through Tasmania looking for evidence that the Tasmanian tiger was not extinct. I read it just before I went to Tasmania and it was quirky and bizarre and perfect if you’re interested in Tasmania and marsupials. (I fed a Tasmanian devil while I was there. So cool!)

Well, if you want to be a writer, you’d better like both, because there’s zero chance your editor won’t make you rewrite your manuscript. Drafting is fun, but rewriting is where you really begin to understand the story and what you’re trying to say. And sometimes the story really comes alive in the revision stage.

If you really want to be a writer or an artist, don’t give up. We never see all the fails and rejections that people overcome to get published and read. It looks so easy on social media, but writers put enormous effort and time into creating great books. Learn your craft, keep rewriting, and keep going!

What I Want You To See

Tags:
What I Want You To See Catherine Linka Disney Books Author Chat giveaway
Featured Review: All The Stars and Teeth (Adalyn G...
Author Of The Week: Author Chat with Adalyn Grace ...

I was lucky to be on a blog tour for this book. It was so good!

0
I was lucky to be on a blog tour for this book. It was so good!
Cancel Update Comment

I love the cover, and the synopsis sounds interesting!

0
I love the cover, and the synopsis sounds interesting!
Cancel Update Comment

Very eye-catching cover, and I like that this story is set during the first year of college. That's not as common, and it's much needed in YA!

0
Very eye-catching cover, and I like that this story is set during the first year of college. That's not as common, and it's much needed in YA!
Cancel Update Comment

The cover is interesting, but I'm most excited about this book because of the storyline. It sounds like a fantastic read. Best wishes to the author on the novel.

0
The cover is interesting, but I'm most excited about this book because of the storyline. It sounds like a fantastic read. Best wishes to the author on the novel.
Cancel Update Comment

Beautiful cover, I love it!

The cover is colorful and eye-catching. The story sounds interesting

0
The cover is colorful and eye-catching. The story sounds interesting
Cancel Update Comment

The cover is beautiful. The synopsis is emotional and relevant to today.

0
The cover is beautiful. The synopsis is emotional and relevant to today.
Cancel Update Comment
How to resolve AdBlock issue?
X