Today we're excited to chat with Anne Noble author of

Gretchen and the Bear.

Read on for more about Anne and her book, plus a giveaway! 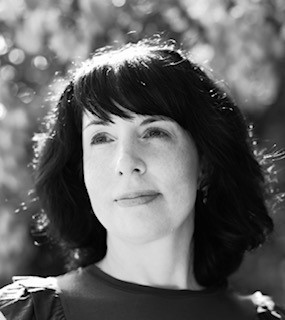 In the wake of her thrilling past as a theatre student, restaurant hostess, certified nurse aide, and newspaper writer, Carrie Anne Noble now pens enchanting fiction for teens and adults.  Her award- winning debut novel, THE MERMAID’S SISTER, was called “a must read” by Publishers Weekly.  She lives in the mountains of Pennsylvania with her tolerant husband, charming children, two naughty cats, a leopard gecko, and a milk snake she prefers not to think about much.

Meet Gretchen and the Bear! 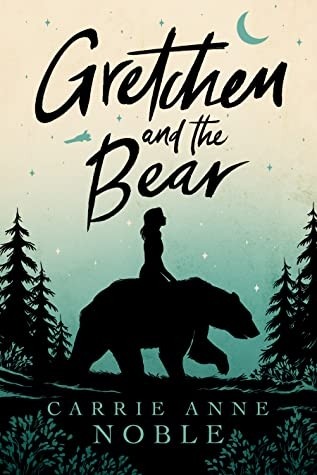 Sixteen-year-old Gretchen has been waiting forever to trade life on a dreary orbiting station for life on gloriously regenerated Earth. Still, visiting faerie-infested Britannia is not on her agenda—especially since no human who’s ventured there has ever returned. But when her stepsister sneaks off to the island to meet a faerie boyfriend, Gretchen’s stepmother forces her to choose: risk death to rescue the runaway, or forfeit her father’s life.

Lost in the faeries’ forest, Gretchen meets a family of Bearfolk—fae who can shift between human and bear forms. Kindhearted seventeen-year-old Arthur volunteers to help, while his mother, who believes Gretchen is the heroic Silverhair of faerie legend, schemes to use the girl for darker purposes.

When the quest to save the runaway proves costly, will Gretchen and Arthur find the courage to sacrifice what they hold dearest to save the ones they love most?

I’ve always loved classic fairy tales like Goldilocks and the Three Bears, and I thought it would be fun to put a new spin on the story, adding hints of Cinderella and a dash of science fiction (to amuse my inner Star Wars geek).

The most important thing I’ve learned is that you must take joy in the work or it isn’t going to be any good. That doesn’t mean it’s all fun and games, or that I don’t want to smack my head off the desk at times, but if it’s all drudgery, something is probably wrong with the story or my attitude. I think readers can tell if a writer is frolicking on the playground of imagination or just cranking out words to make a couple bucks. And since you never know if what you’re writing will sell, you might as well have a good time creating it. You might as well be grateful for the gift and the journey.

I love the silhouette of Gretchen, and how she has her head tilted up toward the stars. She looks hopeful and brave, and reminds me to be hopeful and brave. I think we all need those qualities with the current state of the world.

I’m looking forward to reading Dust by Kara Swanson. It’s a Peter Pan spinoff and it sounds amazing. Embarrassing confession: I’ve had a serious crush on Peter Pan since I was about five years old.

Supernova by Marissa Meyer was phenomenal. It’s the third book in the Renegades trilogy—one of those rare cases in which each book in a series gets better and better. It’s about teenagers with superpowers, but it’s also about deeper stuff, like personal responsibility, loyalty, and doing what’s right and not just what’s expected. Brilliantly done.

I’m working on a sequel story to the Grimm Brothers’ Hansel and Gretel, about what happens when grown-up Gretel has to go back to live in the witch’s gingerbread cottage in the woods. As you can imagine, it’s a bit of a nightmare for her. Fortunately, she’s aided by a pet mouse, a very clever duck, and a handsome baker.

Which was the most difficult or emotional scene to narrate? Writing the last chapter is always very emotional for me. Not only does it mean wrapping everything up for the characters, it’s also a time of saying goodbye to them. I get a little attached to my imaginary friends after spending months or years with them.

I prefer revising. The structure and story world are in place, and there’s something to mold and shape. At this stage, I love delving deeper into the characters’ personalities, getting to know them better, and refining them into more believable people.

I can make houseplants wither and die with a mere glance. It isn’t a very useful power. I’d prefer being able to transport myself instantaneously to other parts of the world so I could visit far-scattered friends anytime I wanted.

Gretchen and the Bear

I love the cover. The story sounds like an exciting combination of fantasy and sci-fi. Orbiting stations and fairies!

0
I love the cover. The story sounds like an exciting combination of fantasy and sci-fi. Orbiting stations and fairies!
Cancel Update Comment
Previous     Next
1 2
How to resolve AdBlock issue?
X