Author Chat with Barbara Dee (Maybe He Just Likes You), Plus Giveaway! ~ (US Only) Today we're excited to chat with Barbara Dee author of

Maybe He Just Likes You.

Read on for more about Barbara and her book, plus an giveaway! 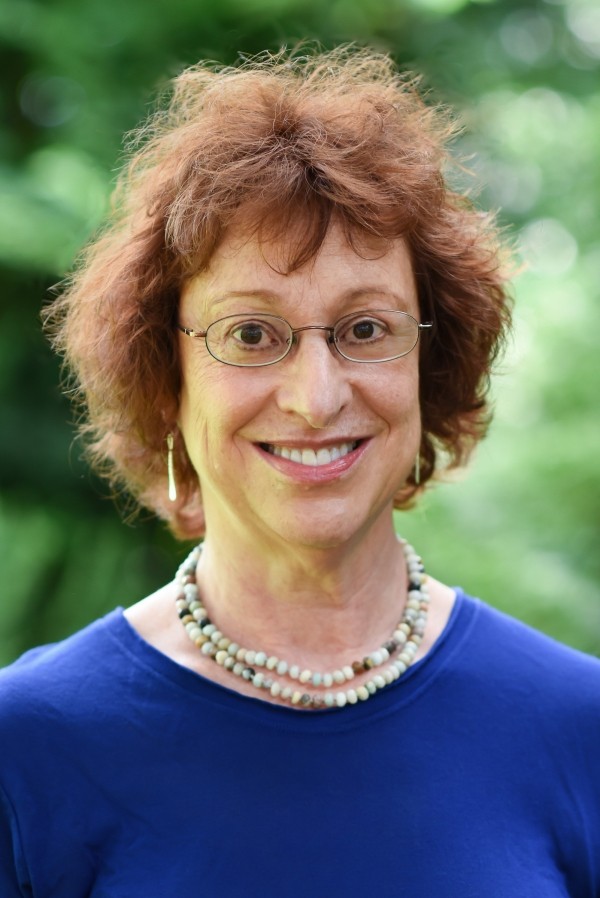 Barbara Dee is the author of several middle grade novels including Maybe He Just Likes You, Everything I Know About You, Halfway Normal, and Star-Crossed. Her books have received several starred reviews and been included on many best-of lists, including the ALA Rainbow List Top Ten, the Chicago Public Library Best of the Best, and the NCSS-CBC Notable Social Studies Trade Books for Young People. Star-Crossed was also a Goodreads Choice Awards finalist. Barbara is one of the founders of the Chappaqua Children’s Book Festival. She lives with her family, including a naughty cat named Luna and a sweet rescue hound dog named Ripley, in Westchester County, New York.

Meet Maybe He Just Likes You! 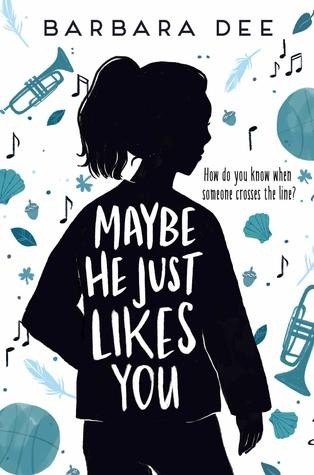 Barbara Dee explores the subject of #MeToo for the middle grade audience in this heart-wrenching—and ultimately uplifting—novel about experiencing harassment and unwanted attention from classmates.

For seventh-grader Mila, it starts with some boys giving her an unwanted hug on the school blacktop. A few days later, at recess, one of the boys (and fellow trumpet player) Callum tells Mila it’s his birthday, and asks her for a “birthday hug.” He’s just being friendly, isn’t he? And how can she say no? But Callum’s hug lasts a few seconds too long, and feels…weird. According to her friend, Zara, Mila is being immature and overreacting. Doesn’t she know what flirting looks like?

But the boys don’t leave Mila alone. On the bus. In the halls. During band practice—the one place Mila could always escape.

It doesn’t feel like flirting—so what is it? Thanks to a chance meeting, Mila begins to find solace in a new place: karate class. Slowly, with the help of a fellow classmate, Mila learns how to stand her ground and how to respect others—and herself.

From the author of Everything I Know About You, Halfway Normal, and Star-Crossed comes this timely story of a middle school girl standing up and finding her voice.”

In late 2017, my publisher offered me a two-book deal. I had one manuscript ready to go, and no ideas for the second. While I was waiting for my editor's notes on the first book, I spent a lot of time following the #MeToo stories that were everywhere in the news. I began wondering: Where does this behavior come from? When does it start? I did some research: the answer I kept finding was "seventh grade" --but I didn't see any middle grade fiction on this topic. So I began writing, believing that I was simply sketching ideas for the (still hypothetical) second book. Mila's story came to me almost immediately, and I realized that this book needed to get out in the world asap. Fortunately, my publisher agreed, so we flipped the order of the two books.

By the way, I finished the revision of MAYBE during Dr. Christine Blasey Ford's testimony. If you read closely, you'll see an echo of her words.

I have to say the main character, Mila. She's smart, strong, a little sassy, empathetic, considerate  and loyal. She makes mistakes, but she grows. I also admit her little sister Hadley cracks me up.

The novel. But the title came to me early in the writing process, and helped to focus the story. Those words-- "maybe he just likes you"--are so familiar and so dangerous.

One scene I really like is in the chapter "Guidance"--when Mila talks to Mr. Dolan, the substitute guidance counselor. She tells him what's going on--but she doesn't. He helps her--but he doesn't. There's a lot of miscommunication there, and it feels authentic to me.

YABC:  What do you like most about the cover of the book?
It's very emotional. I love how Mila appears strong but vulnerable, her back a literal target with graffiti-like writing. The elements surrounding her suggest an interior life--her trumpet, the musical notes, the shells, etc. Everything the boys don't see.

YABC: What new release book are you looking most forward to in 2019?

Paula Chase's DOUGH BOYS, a companion to SO DONE.

For middle grade, THE TRUTH AS TOLD BY MASON BUTTLE by Leslie Connor. For YA: A HEART IN A BODY IN THE WORLD by Deb Caletti.

I'm finishing revisions for the MG that was supposed to publish before MAYBE HE JUST LIKES YOU. Still working on the title! It's about a family derailed by the teen brother's diagnosis of bipolar disorder. It's written in a style I haven't done before--out of chronological order, with some chapters written as plays, some chapters written as verse--and I think it's one of my best. Can't wait for it to publish Fall 2020!

If you've read HALFWAY NORMAL, you know that my heart is with finding a cure for pediatric cancers. Our family donates to Memorial Sloan Kettering Cancer Center, a leading research hospital.

Maybe He Just Likes You