Today we're excited to chat with Alexis Henderson author of

The Year Of The Witching.

Read on for more about Alexis and her book, an excerpt, plus a giveaway! 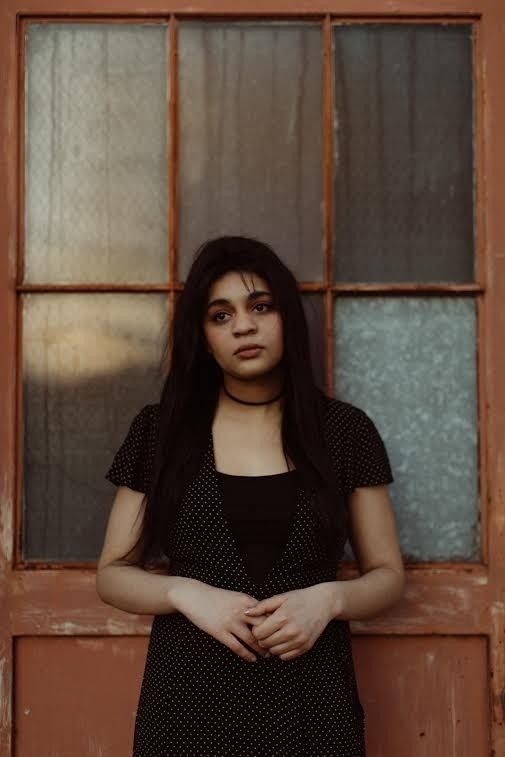 Alexis Henderson is a speculative fiction writer with a penchant for dark fantasy, witchcraft, and cosmic horror. She grew up in one of America's most haunted cities, Savannah, Georgia, which instilled in her a life-long love of ghost stories. Currently, Alexis resides in the sun-soaked marshland of Charleston, South Carolina.

Meet The Year Of The Witching! 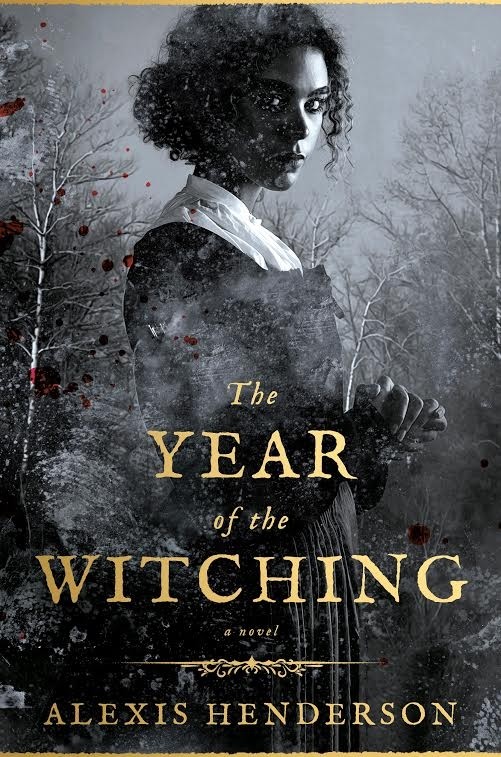 A young woman living in a rigid, puritanical society discovers dark powers within herself in this stunning, feminist fantasy debut.

In the lands of Bethel, where the Prophet’s word is law, Immanuelle Moore’s very existence is blasphemy. Her mother’s union with an outsider of a different race cast her once-proud family into disgrace, so Immanuelle does her best to worship the Father, follow Holy Protocol, and lead a life of submission, devotion, and absolute conformity, like all the other women in the settlement.

But a mishap lures her into the forbidden Darkwood surrounding Bethel, where the first prophet once chased and killed four powerful witches. Their spirits are still lurking there, and they bestow a gift on Immanuelle: the journal of her dead mother, who Immanuelle is shocked to learn once sought sanctuary in the wood.

Fascinated by the secrets in the diary, Immanuelle finds herself struggling to understand how her mother could have consorted with the witches. But when she begins to learn grim truths about the Church and its history, she realizes the true threat to Bethel is its own darkness. And she starts to understand that if Bethel is to change, it must begin with her.

“Is it true what they say about you?”

The question took Immanuelle by surprise, though it shouldn’t have. It was the same one she saw on the lips of every loose-tongued telltale in Bethel. They’d all been saying the same thing since the night her mother turned the Prophet’s blade against him, nearly slitting his throat before fleeing to the Darkwood. They held her name in their mouths like a foul thing that was relished nonetheless.

“That depends,” said Immanuelle, feigning ignorance. “What do they say?”

Judith shrugged, smirking. “Well, I suppose if you don’t know already, it must not be true.”

“I suppose not,” she ground out through gritted teeth.

Judith cocked her head to the side. “So, you don’t have a Gift?”

There was a time when Gifts hadn’t been a rarity. Long ago, in the Age of Light, the Father had blessed multitudes with the power to wield wonders and work miracles. But ever since the Holy War, and the dark ages that followed, Gifts had become scarce. With every passing year, there were fewer of them, as the saints of old went to their graves and took their powers with them. Now Martha was one of the few midwives in Bethel with the Gift of Naming, and only prophets possessed the Gift of Sight. Even the apostles were limited to a select few with the power of Discernment—a Gift that allowed one to tell truth from falsehood—or the Healing Touch. In Immanuelle’s generation, Gifts had been bestowed upon only a handful of the Father’s most favored—and as a bastard by birth, she was anything but.

“Pity,” said Judith, leveling her gaze. “I was hoping there was something remarkable about you. Considering.”

Judith arched a perfect brow and a cruel smile played over her lips. “Well, your mother, of course.”

Immanuelle had known the mention of her mother was coming. It always did. But something about the way Judith said it now doubled the insult, making it sting more than usual.

For a long moment there was silence, save for the babbling of the river and the drone of the wasps lurking among the wildflowers. Even the distant chatter of the other churchgoers seemed to quiet, lost to the rush of wind in the woodland. Then . . .

“You know,” said Immanuelle. “Now that I consider it . . . I do have a knack for dancing naked in the woods—with the beasts and devils, of course. It’s hard to find the time, what with all the sheep I shepherd, but when the full moon rises, I do what I can.” She smiled brightly at Judith. “Like mother, like daughter, I suppose.”

There was a pause, the hiss of breath drawn. Leah winced as the group fell once again into complete and utter silence.

For the first time since he’d sat down the Prophet’s son, Ezra, turned his attention from the horizon. His eyes fixed on Immanuelle.

She knew then that she’d made a mistake. A sinful, foolish mistake made in the heat of anger. A mistake that she would no doubt pay for with a scolding or lashing, or perhaps even a day in the market stocks.

But then, to her surprise, Ezra’s lips skewed into a lopsided grin and he began to laugh. It wasn’t a mean laugh, but the boisterous kind that comes deep from the belly. His shoulders shook, and his black hair fell across his eyes. After a moment, Peter joined him, with a barking bellow that carried across the churchyard and drew stares from the kinfolk standing in the shadow of the cathedral. This, in turn, made Ezra laugh even harder. In a matter of seconds, Leah and Hope joined in, and then at last, even Immanuelle cracked a small smile. Before she knew it, all of them were cackling together like a band of old friends.

All except Judith, who did little more than choke out a scandalized cough as she stood. She tugged Ezra up with her, pulling on his arm, but as he rose to his feet, he offered Immanuelle that crooked smile of his again.

“Until the next Sabbath,” he called over his shoulder as Judith ushered him back to the cathedral, back to his father, the Prophet, and away from Immanuelle. But as he entered the waves of swaying high grass he paused, turning back to look at her. Something flickered through his eyes, and in that moment, she could have sworn he saw the truth of her.

The Year Of The Witching