Author Chat with Aden Polydoros (The City Beautiful), Plus Giveaway! ~ (US Only) Today we are chatting with Aden Polydoros, author of

Read on for more about Aden, his book, and giveaway! 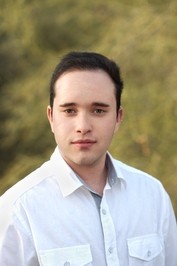 Aden Polydoros grew up in Illinois and Arizona, and has a bachelor's degree in English from Northern Arizona University. When he isn't writing, he enjoys going to antique fairs and flea markets. He can be found on Twitter at @AdenPolydoros. 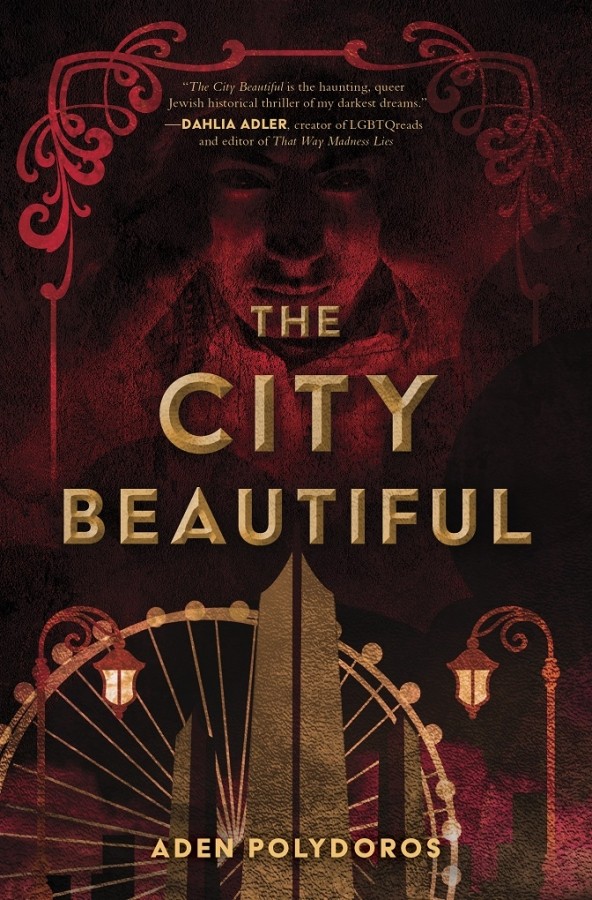 David Levithan meets Thirteen Doorways, Wolves Behind Them All in this haunting standalone historical fantasy that follows a young, queer Jewish immigrant who is possessed by the evil spirit of his murdered best friend and is catapulted into a deadly hunt for a serial killer terrorizing Chicago during the World's Fair of 1893.

"The City Beautiful is the haunting, queer Jewish historical thriller of my darkest dreams."

—Dahlia Adler, creator of LGBTQ Reads and editor of That Way Madness Lies

I read an article online about H.H. Holmes, a serial killer active during the 1893 Chicago World’s Fair. Reading the article got me thinking about the time period, and since I had been wanting to write a story with a Jewish protagonist, it occurred to me that the World's Fair also coincided with the large-scale migration of Jewish immigrants from Eastern Europe. Slowly, an idea began to form in my head, and before I knew it, I had the compelling start to what would become the twisty Gothic fantasy that is THE CITY BEAUTIFUL.

My favorite character would definitely have to be Frankie, a part-time boxer and the morally grey leader of a band of pickpockets. In nearly every book I write, I have a character whose voice comes to me clearly from their first encounter. In this case, as soon as Frankie entered the story, I had a wonderful picture in my head of who he was. Unlike Alter, who is more self-composed and standoffish, Frankie loves being the center of attention. He is too smart for his own good, ruthlessly ambitious, and is hyperaware of the status quo—and therefore aware of what it takes to break it.

The novel came first. I actually went through multiple titles before settling on THE CITY BEAUTIFUL. In most stories I’ve written, I had a few working titles and then picked one that I felt best encapsulated the novel.

One sign of Alter's possession is how his memories begin to merge with Yakov's. This manifests in a number of ways, but throughout the course the story, he experiences lapses in reality where the dybbuk's memories and trauma begin to filter into the real world in the form of surreal and terrifying visions. I think some of the scenes that I am most proud of occur during those moments, because they allowed me to explore the depths of my own writing.

THE CITY BEAUTIFUL wasn't my first book, and I’ve been invested in publishing for the last several years. I think that over the course of my journey, the most important lesson I’ve learned has been how there are so many things in this industry that are out of your control. Whether that is the market, or the individual likes and dislikes of the editors your stories are submitted to, or if a publishing house has published something similar in recent years—the factors are endless.

I’ve realized, the only thing I have control over is my own writing and the kind of story I produce. I hold myself to a high standard and try to put forth the best story that I could. That is the only thing I have absolute control over, and I accept that once I have put my best foot forward, all I can do is have faith in the strength of my writing.

I absolutely adore the cover of THE CITY BEAUTIFUL. I feel like it perfectly expresses the Victorian gothic atmosphere of the story. The thing I like most about it, aside from the red and gold color scheme, is how the face hangs over the Ferris wheel and obelisks. It gives it a delightful MEXICAN GOTHIC vibe.

I have many projects in the works. Aside from THE CITY BEAUTIFUL, my next forthcoming project is set to be released in Fall 2022. It is a dark fantasy novel about a girl raised by the undead, who after finding a wounded boy in a crashed airship, gets dragged into a war between magic-endowed tsarists and the superstitious proletariat. I also have a middle grade novel that I've been working on, which will be forthcoming in 2023.

I probably enjoy drafting the most. It's the part of the writing process where I can find the heart of the story and figure out what exactly I am trying to tell readers. It's also the one time where I don't have to worry about what other people think, and I can explore it at my own pace, and play around with the characters and plot.

One of my greatest passions is going to thrift stores and antique shows. When I was studying abroad in Germany, I went to flea markets probably three or four days a week. I just love looking around and finding unexpected things. Because I go thrifting so frequently and have researched antiques extensively, I can pretty easily spot them on a shelf or in a crowded box. So, my superpower would have to be that I can sniff out quirky antiques with the skill and speed of a truffle pig.

I can't think of anything, other than to say that before working on this book, I was so afraid that there was no place in the publishing world for Jewish speculative fiction. It means so much to me that this novel has found a home, and that I have been given the opportunity to write even more Jewish and queer genre fiction.