Today we are chatting with London Shah, author of

Journey to the Heart of the Abyss (Light the Abyss 2)

Read on for more about London, her book, and a giveaway! London Shah is a British-born Muslim of Pashtun ethnicity. She has lived in Britain's capital for most of her life, via England's beautiful North. On any given day she can be found daydreaming of a different past, an alternate present, or some surreal future. She enjoys drinking copious amounts of tea, eating all the sweets and cakes, strolling through Richmond Park or along the Thames, getting lost on an evening in the city's older, darker alleyways—preferably just after it's rained—list

London Shah is a British-born Muslim of Pashtun ethnicity. She has lived in Britain's capital for most of her life, via England's beautiful North. On any given day she can be found daydreaming of a different past, an alternate present, or some surreal future. She enjoys drinking copious amounts of tea, eating all the sweets and cakes, strolling through Richmond Park or along the Thames, getting lost on an evening in the city's older, darker alleyways—preferably just after it's rained—listening to punk rock, and losing herself in a fab SFF book or film.

ening to punk rock, and losing herself in a fab SFF book or film.

About Journey to the Heart of the Abyss (Light the Abyss 2): 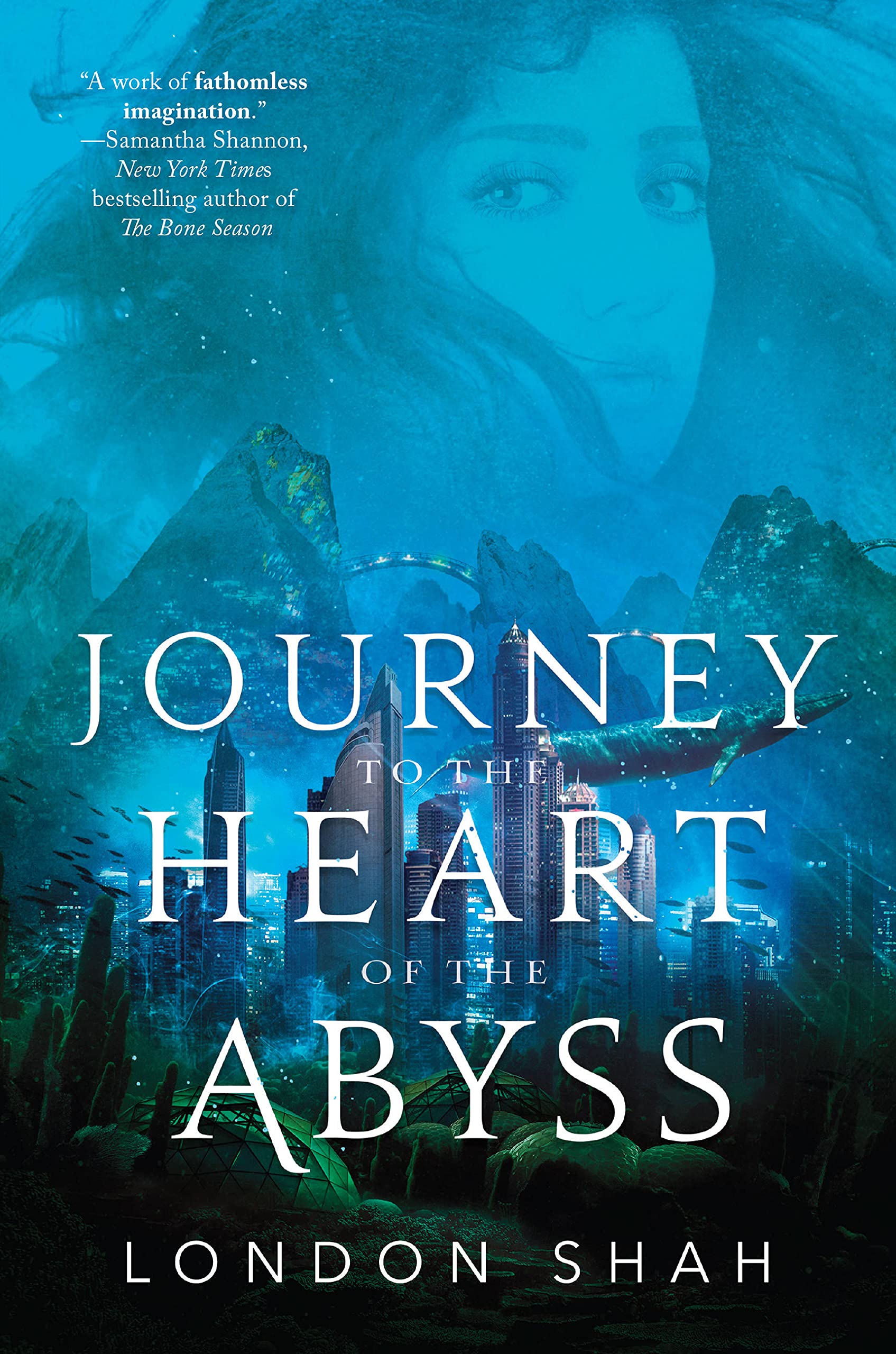 The sequel to London Shah's thrilling futuristic mystery The Light at the Bottom of the World, perfect for fans of Illuminae and These Broken Stars

Leyla McQueen has finally reunited with her father after breaking him out of Broadmoor, the illegal government prison—but his freedom comes at a terrible cost. As Leyla celebrates his return, she must grapple with the pain of losing Ari. Now separated from the boy who has her heart and labeled the nation’s number one enemy, Leyla must risk illegal travel through unchartered waters in her quest for the truth behind her father's arrest.

Across Britain, the fallout from Leyla's actions has escalated tensions between Anthropoid and non-Anthropoid communities, bringing them to an all-time high. And, as Leyla and her friends fight to uncover the startling truths about their world, she discovers her own shocking past—and the horrifying secrets behind her father’s abduction and arrest. But as these long-buried truths finally begin to surface, so, too, do the authorities’ terrible future plans. And if the ever-pervasive fear prevents the people from taking a stand now, the abyss could stay in the dark forever.

The setting. The vision of us all living deep underwater. I carried this fantasy of a submerged Britain for so long. I wanted it so badly—a fully functioning city on the seabed. Every image and piece of footage depicting anything underwater would send a shiver through me. So many years passed before I decided to bring my dream to life, but in all that time the fantasy only grew stronger, increasingly more vivid and urgent.

I have a saying, “Drafting can die” which I guess answers your question! I truly don’t like the blank page, while I actually love revising!

The submerged city against the mountainous landscape, and the colours! With the paperback cover of The Light at the Bottom of the World, I love Leyla’s presence the most, and with Journey to the Heart of the Abyss it’s definitely the underwater city. I also love how they’re both quite different yet clearly a part of the same story. The talented artist, Shane Rebenshcied, did a great job.

The final titles for both novels came later. Initially The Light at the Bottom of the World was called Blue Skies, Black Deep, to indicate their nostalgia for the Old World and their fear of the deep. But I wasn’t passionate about the title. One night in bed, while I was still revising the story and before I’d begun querying, my current title just came to me and I sat up, heart pounding. I reached for my phone and just thought Please, God, don’t let anyone else have taken it! I couldn’t believe it when a search brought nothing up, and that’s how The Light at the Bottom of the World came about. With book 2, I was still uncertain about its exact title right up until I’d written it. I knew I wanted the same number of syllables (Virgo trash), and I wanted it to convey the themes. And that’s when, after playing around with the same group of words, I came up with Journey to the Heart of the Abyss and loved it. It also—quite coincidentally! —turned out that each book title had a word from the series title in it: Light the Abyss! Oh how my Virgo heart beat wildly!

While dearest Oscar Wilde, my AI navigator, has been the most fun to write, my favorite character will always be my protagonist, Leyla McQueen. She’s inexperienced, afraid, uncertain. She questions and questions. She’s fierce and brave, wise and loyal. She has a beautiful heart and is patient, sincere, and gentle. And she’s relentless in her pursuit of the truth, despite the adversities and inconceivable revelations she encounters along the way. Exploring this underwater world with Leyla has been an absolute privilege and joy.

The personal showdown in the climax was probably the scene I rewrote the most until I was completely happy with it. There are several revelations, each of them devastating and life changing, and they’re disclosed against the backdrop of imminent danger for everyone involved. So it was this delicate balance of revealing truths, and ensuring that despite the physical threat to them all my characters each reacted emotionally authentically—all while moving the scene along. I’m thrilled with the final result and the many rewrites were definitely worth it!

In Journey to the Heart of the Abyss there is this one particular scene, and I can’t say much about it because it would reveal a huge twist. I love, love, love that entire scene. That scene is actually the heart of this duology. It’s why I always wanted to write this story, so that I could explore and experience that. It excites and moves me to no end, no matter how many times I’ve read it. In that moment, I’m absolutely living inside the dream that sparked this series. I finally got to experience a long-held Imagine if… The scene means everything to me. Reading Journey to the Heart of the Abyss I can truly say I did my underwater dream proud.

Oof, I read some real beauties last year. One of the books I recall loving is The Empire of Gold, the concluding installment in S. A. Chakraborty’s epic and inventive Daevabad series. The entire series is so immersive and rich, with great plotting and wonderful prose. What a gorgeous achievement! I highly recommend the series to anyone who’s yet to discover it.

Author Chat with Sophia Glock (Passport) Plus Giveaway! ~ (US Only)

The cover is haunting and beautiful. This book will be exciting to read.