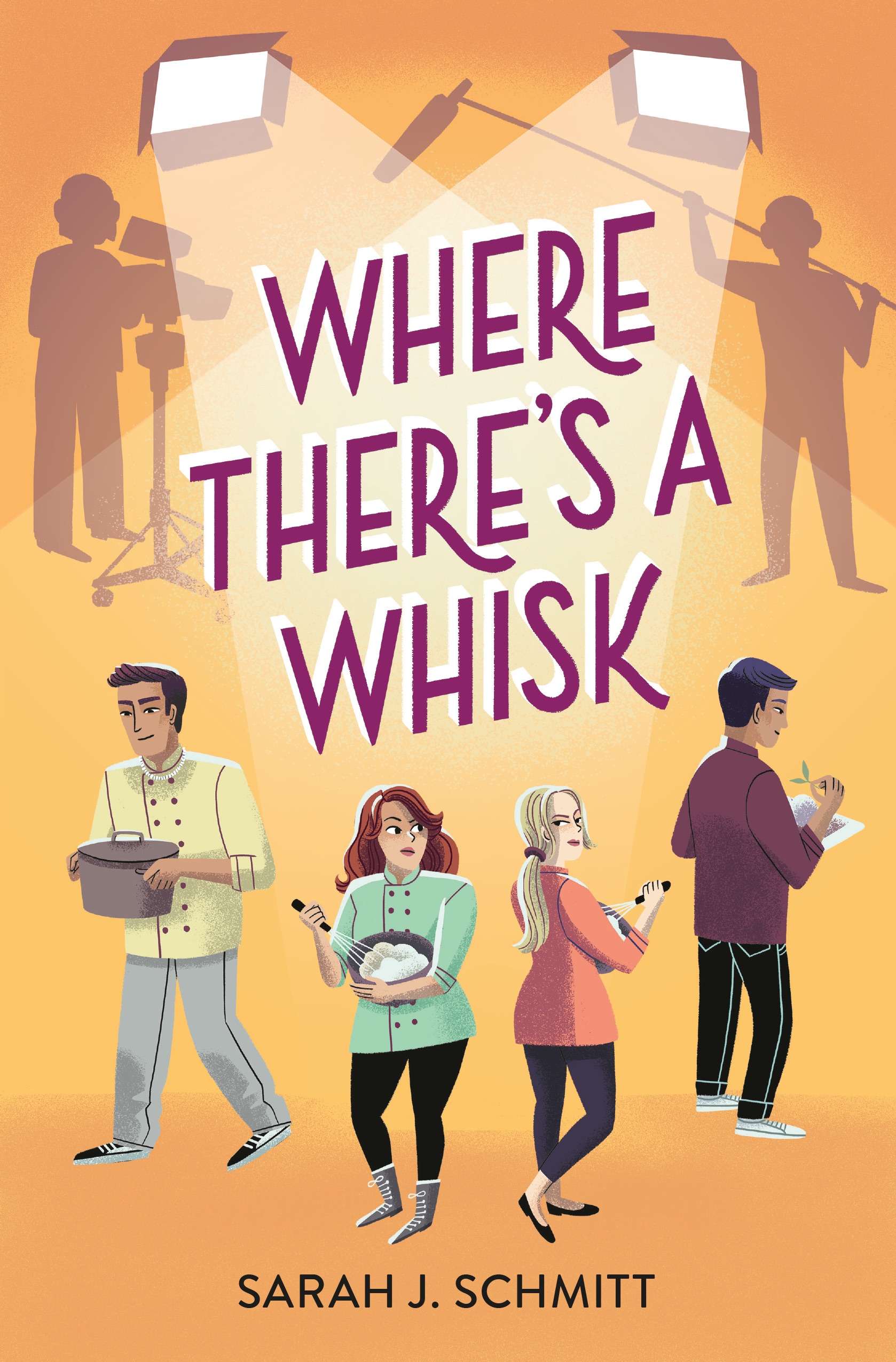 Today we are chatting with Sarah J. Schmitt, author of

Where There's a Whisk

Read on for more about Sarah, her book, and a giveaway! 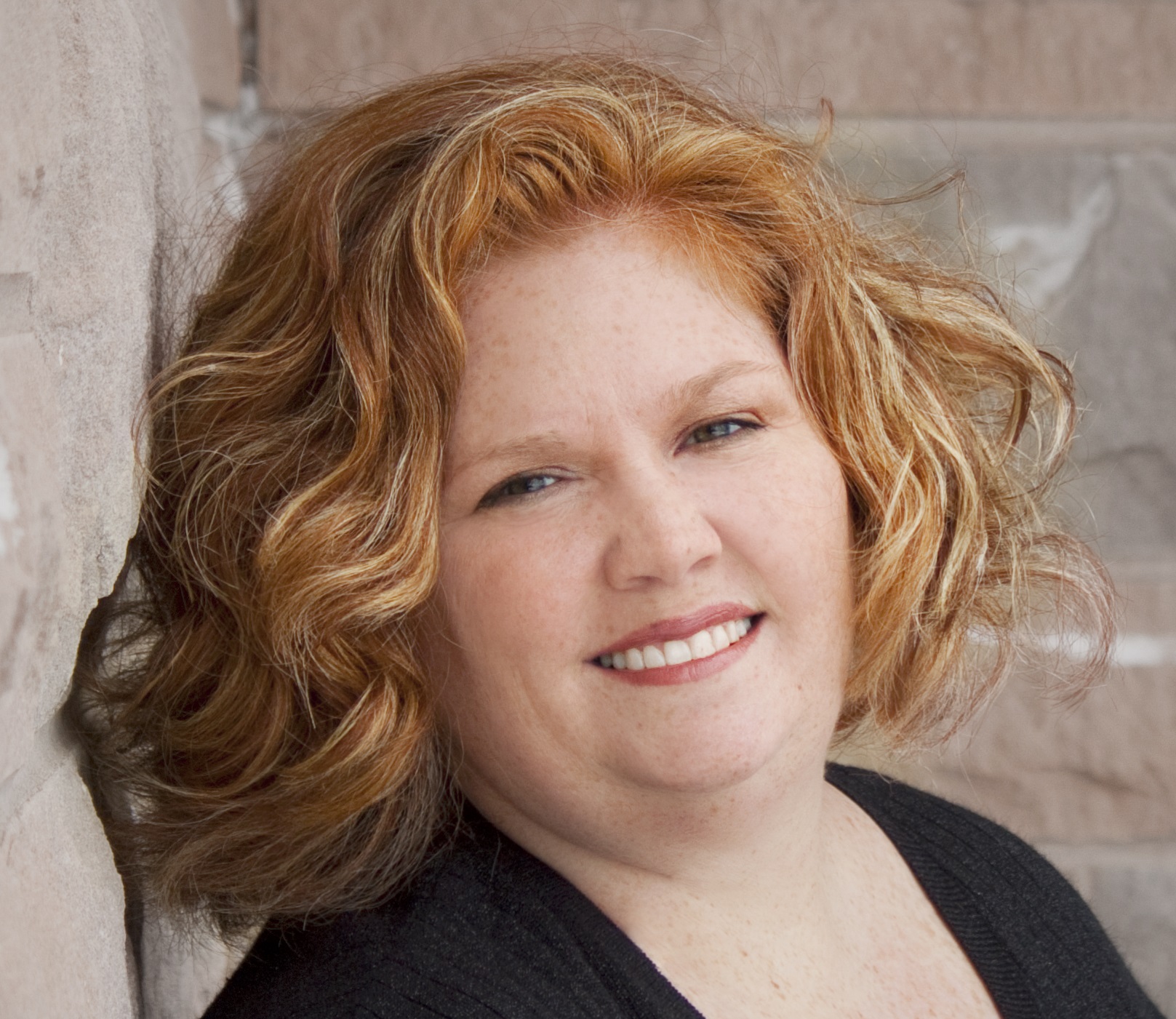 Sarah Schmitt is a former K-8 school librarian and Youth Service Professional for Teens at a public library who enjoys teaching writing to teens through interactive school visits. She lives near Indianapolis with her husband, two kidlets, and a Houdini-esque pup named Sadie.

About the Book: Where There's A Whisk

Life is what you bake it.

Peyton Sinclaire wants nothing more than to escape her life as a diner waitress in her small, North Florida town and attend culinary school. Top Teen Chef, Food TV's new show that pairs reality TV drama with a fast-paced culinary competition, is her ticket out of her boring future. It's a once-in-a-lifetime chance to make her dreams come true and Peyton is determined to prove to herself, and the world, that where you're born does not determine where you can go. However, once on the show, Peyton quickly discovers that there is more to the competition than just a well-seasoned dish.

As things start to heat up on and off the set, Peyton will have to prove to the judges that she deserves to win while trying to untangle what is real and what is scripted drama, and decide what she is willing to risk to win before her dreams end up on the chopping block.

I was inspired to write Where There’s a Whisk after a school visit. The day I was going to be working with the entire eighth grade class, a list was published in the media that ranked the county the school was in as one of the worst counties to live in the entire state. And you could see by the faces of the students that they had heard all about it. Now during my school visits, the students and I create a full outline for a novel in thirty minutes or less. Normally the activity includes a lot of outlandish ideas and laughter. But the story we came up that day was different. It was dark and heartbreaking and while we did manage to work in an ostrich farm, I felt overwhelmed by what we were creating. It was only later that I found out several of the students had contributed experiences from their own lives. At the end of the day, when I was sitting in my car, I couldn’t keep the tears from falling. Not just because these 13 and 14 year old kids had experienced some pretty awful things, but that they had been willing to share them with me, even if just in story form. That’s when  I got angry about the rankings. Because these students had the same level of untapped potential as students in the “best counties”. I went home that night and created Peyton. I hope she’s someone that teens who are struggling with their personal lives might be able to relate to. I also want her to show the readers that the hand you’re dealt in life can be really miserable. But, that doesn’t mean you can’t still have dreams and that with hard work, persistence, and let’s be honest, a little, sometimes, a lot of luck, you can overcome those obstacles. I know it sounds idealistic, but if even one teen that reads this book is inspired to dream big and go for it, I did my job. As far as why a cooking competition? My family members are huge fans of all of Gordon Ramsay’s shows. From MasterChef to Kitchen Nightmares, we’re all in.

Paulie is the character that I had the most fun writing. He’s so laid back and he creates a nice contrast to Peyton, who is always putting more pressure on herself than she needs to. I also love how he comes off as this borderline arrogant guy, but as the book progresses, he really is a safe harbor for Peyton.

I think, for the first time ever, the title came before the novel. I knew what the story was going to be about, obviously, and I knew I wanted it to be a fun, easy read, so Where There’s A Whisk became a working title that made the cut. Which is a far cry from my last book where we created and discarded over two hundred titles.

I loved the scene at the pizza parlor. It is, in my opinion, super sweet. Which is nice because it came right after the part that was most difficult for me to write: Peyton’s breakdown after the Broadway show. Both of those scenes are bookends to Peyton’s journey, but I tried to write both with the prospect of hope. I also love that I was able to slip in a consent scene that was subtle but obvious at the same time.

Have patience with the process. Being creative is so fulfilling, but it also takes a lot of time and energy to complete a novel. I need to make sure I’m writing (and reading) what I love and not to compare myself to the success of others. I’m convinced that being successful in writing is tied as much to persistence as it is to talent.  Also, having good partners, from critique to your industry team, is priceless.

When I found out I was getting an illustrated cover, I wasn’t sure how that was going to look, but Laura Pacheco did such an amazing job of not only capturing Peyton, but also some of the relationships with other characters. The colors are so warm and vibrant. I honestly couldn’t imagine a more perfect cover.

YABC: What new release book are you looking most forward to in 2021?

There are so many great books slated for 2021. But if I had to select one, it would be White Smoke by Tiffany D. Jackson. I love her writing and the gift she has for creating unreliable narrators. I don’t normally go for a psychological thriller, but Tiffany could write a grocery list and I would read it.

If I am drafting, it would be revising. If I’m revising, drafting is definitely my favorite art of the process. Each uses different parts of the brain and since I don’t revise while I’m drafting, I’m free to write whatever I want. Then Revision Sarah has to get involved and she can’t believe how horrible of a writer Drafting Sarah is.

I just started my membership with the League of Women Voters. I honestly believe one of the greatest threats to our democracy is voter suppression. This is a non-partisan group that fights for greater access to voting, against voter suppression restriction on voting and gerrymandering, and to get the money out of politics. It’s also one of the groups that formed in the wake of the Suffrage movement to acknowledge the disservice done to women of color, in the name of (white) women’s rights.

There will be three winners, and they will each receive a copy of Where There’s a Whisk. (Sarah J. Schmitt) ~US Only

This book sounds absolutely adorable! The cover art really pops on this one. Can’t wait to add this one to our library.

0
This book sounds absolutely adorable! The cover art really pops on this one. Can’t wait to add this one to our library.
Cancel Update Comment

The cover is so cute and I love the premise based on a reality cooking show.