COMING TO A CITY NEAR YOU

Turtles All the Way Down

*except for Asheville, NC and Decatur, GA, where John Green will appear solo....

OCTOBER 27TH, 2017 The Urey Lecture Hall at The University of Montana with Shakespeare & Co. MISSOULA, MT   SOLD OUT

OCTOBER 30TH, 2017 Revolution Hall with Powell’s BooksTickets are available beginning Monday, September 18, 10am (PST) at Revolutionhall.com, at the Revolution Hall box office, or by calling Ticketfly at 877-435-9849 PORTLAND, OR   SOLD OUT

Meet Turtles All The Way Down!

Sixteen-year-old Aza never intended to pursue the mystery of fugitive billionaire Russell Pickett, but there’s a hundred-thousand-dollar reward at stake and her Best and Most Fearless Friend, Daisy, is eager to investigate. So together, they navigate the short distance and broad divides that separate them from Russell Pickett’s son, Davis.

Aza is trying. She is trying to be a good daughter, a good friend, a good student, and maybe even a good detective, while also living within the ever-tightening spiral of her own thoughts.

In his long-awaited return, John Green, the acclaimed, award-winning author of Looking for Alaska and The Fault in Our Stars, shares Aza’s story with shattering, unflinching clarity in this brilliant novel of love, resilience, and the power of lifelong friendship. 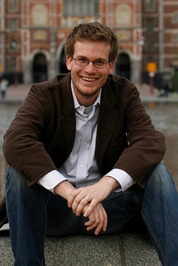 John Green is the award-winning, #1 bestselling author of Looking for Alaska, An Abundance of Katherines, Paper Towns, Will Grayson, Will Grayson (with David Levithan), and The Fault in Our Stars. His many accolades include the Printz Medal, a Printz Honor, and the Edgar Award. John has twice been a finalist for the LA Times Book Prize and was selected by TIME magazine as one of the 100 Most Influential People in the World. With his brother, Hank, John is one half of the Vlogbrothers and co-created the online educational series CrashCourse. You can join the millions who follow him on Twitter and Instagram or visit him online at johngreenbooks.com. John lives with his family in Indianapolis, Indiana.

Click here to read an EXCERPT from Turtles All The Way Down!