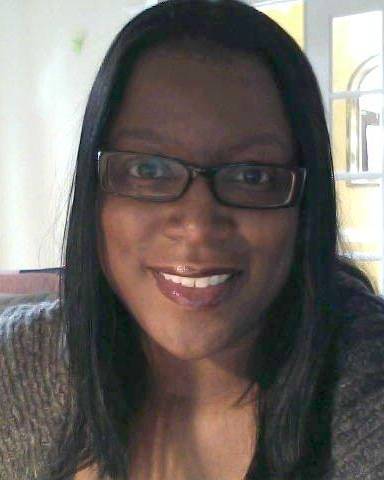 GM: I wish I could say. The characters starting speaking to me — literally. I was compelled to write it in order to make the characters shut up. I didn’t know until I was well into the story that it was about a girl who thinks she’s an angel. Sounds crazy, I know. But it is the only book I’ve written that practically wrote itself.

2.  You nailed the whole ‘what’s real and what isn’t’ with this story.  I’m referring to the very beginning scene—which is my favorite—of Grace being questioned. What research did you do for these scenes?

4. Can you give us a teaser on what we can expect next for Grace?

GM: Well, suffice it to say that Grace doesn’t very easily accept change. She will struggle and she will be hurt. Something big is coming that she does not expect. She has a lot of responsibility thrust upon her that she is not quite ready for. She will rebel.

5. Do you use an outline when you write?

GM: I usually outline AFTER I finish a story so I can be sure I have no plot holes. It’s backwards, I know. But I’ve found that when I outline, the story fails to adhere to it, so it ends up feeling more like restraints to me, rather than a guide.

GM: That’s very kind. I wish I had a community like #yalitchat when I first started writing. I was engaging a ton with editors and agents on what they wanted to see, what was selling, how they struggled with marketing books, etc. I worked with authors directly on preparing queries and synposes. Then, I started freelance editing in an effort to do even more for writers and also to generate income. I found so many talented writers who could not sell their books because the big publishers were turning their backs on paranormal and speculative fiction in general. It seemed to me that I could do even more by becoming a publisher. Why turn away awesome books after I’d edited them? It just seemed like a natural progression.

GM: I’m developing a line of books called Georgia McBride Books which are mostly contemporary women’s fiction. It’s kind of sekret at the moment. I am also working on a project called CONFESSIONS OF THE DARK QUEEN, a historical scifi fantasy. It’s without a doubt the best thing I’ve written to date. Thinking about serializing it. Other than that, just headed out on tour this summer to promote PRAEFATIO. Hope to meet some of your readers out there in Raleigh, NYC, Chapel Hill, Atlanta, Nashville, Elizabeth City, Duck, Holly Springs, Cary, Greenville, and Savannah!

You are here: Blog Tour: Guest Interview with Georgia McBride, author of Praefatio + US Giveaway