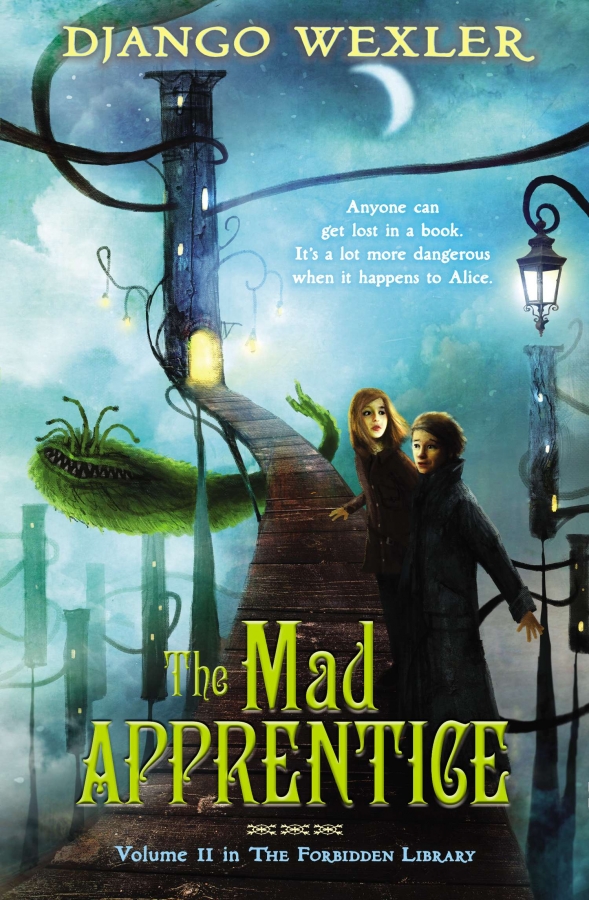 Today we welcome Django Wexler to YABC! Wexler’s newly released sequel to The Forbidden Library, The Mad Apprentice: The Forbidden Library: Volume 2, is a fantasy adventure sure to appeal to fans of Harry Potter, Coroline, and Inkheart! Django has given us a list of the top five magical powers he’d most like to have. And since we love magic here at YABC, we’d love to hear which magical powers you’d most like to possess in the commets below! 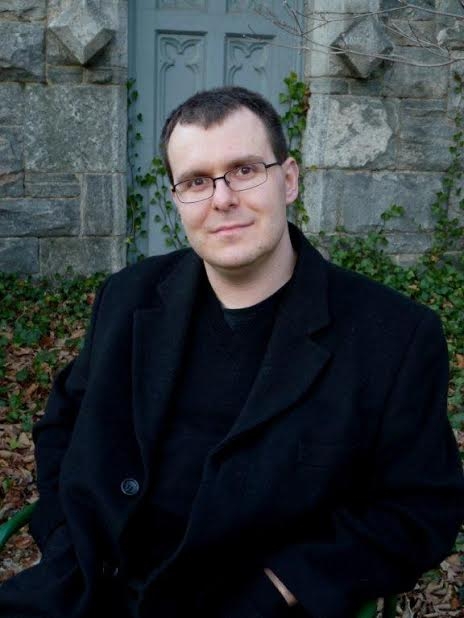 He is a self-proclaimed computer/fantasy/sci fi geek. He graduated from Carnegie Mellon University with degrees in creative writing and computer science, and worked in artificial intelligence research. He left his job at Microsoft and now writes full-time. 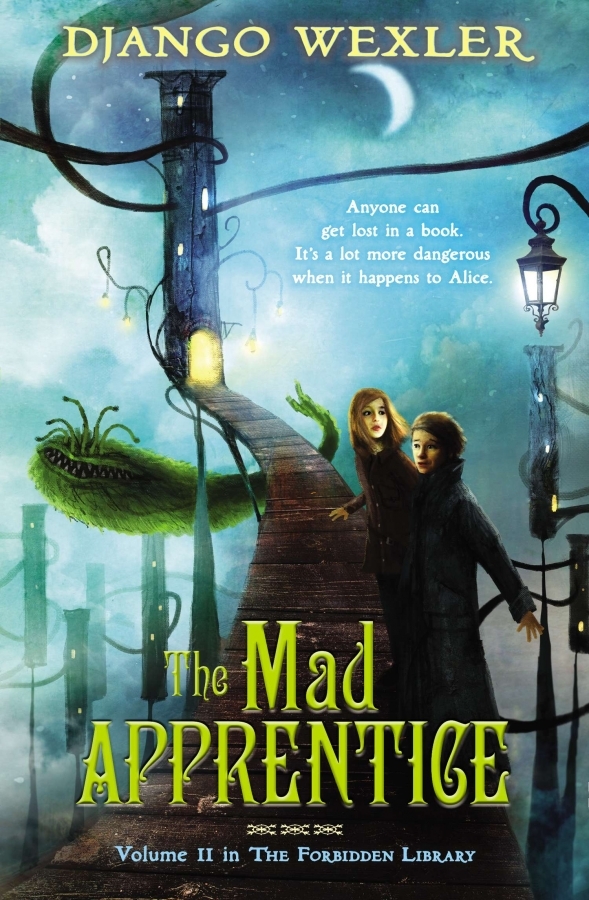 And now for Django Wexler’s list of the top five magical powers he’d most like to have:

In The Forbidden Library, magicians called Readers can enter special books to fight the creatures that live within them. If they win, they can call the powers of those creatures, summon them, or even transform into them.

When I was thinking about powers I wanted to give Alice, the protagonist, I started pondering what I would most like to have. Compared to Alice, my life is pretty boring. I almost never have to head into magical labyrinths to fight monsters. (Almost). So my ideal set of powers is a little bit different…

This one always jumps to the top of my list, especially when I’ve spent a lot of time sitting in traffic.

Aside from fighting evil robots, teleportation would be an enormous time-saver. As a writer, I don’t have to commute, but I’d love to be able to zap over to my favorite restaurants for lunch. Plus, I could finally go to ALL THE CONVENTIONS! Just cons across the country. Every weekend!

**Extra bonus: I’d save on shipping to winners of the book giveaways. I could always just pop over and deliver the books in person!

I love cats. I have two, Sakaki and The Tomoes, and I’ve always wanted to be able to know what they’re thinking when they just sort of stare into space for hours, or play fight elaborate battles against invisible enemies.

On the other hand, they can already be kind of annoying in the morning when they think it’s time for breakfast. So maybe this is a bad idea. I can’t imagine their complaints would be any better in words than in mewing.

This one is pretty obvious. There are way more books that I want to read than time to read them. Short of some kind of time travel gimmick (which seems like cheating) this is the only way I’m ever going to catch up. I already went from one pile into several piles, and then from several piles to a shelf. I’m in constant danger of book-related collapses.

Even my library downstairs, where I keep the books I have read, is starting to fill up. I also have too many board games, too many miniatures and painting supplies, too many swords hanging on my walls, and so on. I suppose I could get rid of some of that stuff, but where’s the fun in that? Much more practical, in my opinion, to find a way to build a room that’s bigger on the inside than the outside.

That’s actually the way the tibular library works in The Forbidden Library. Maybe the Readers started out as guys like me, filling up their garages.

Unlike, say, Superman, I don’t have to fight aliens on a daily basis. Also, unlike Superman, I am extremely clumsy and probably a bigger threat to myself than aliens would ever be. So I may not need invulnerability so I can wade through hails of gunfire, but I also don’t want to accidentally stab myself with a pen, or cut my hand open on one of my own bookmarks!

This would also protect me against angry cats! Sakaki can inflict serious damage when she doesn’t want to go to the vet.

So what do YOU think? Let us know what magical abilities you’d like to possess in the comments below! Don’t forget to pick up your copy of The Mad Apprentice today! And for more information about Django and his writing, visit him at his website HERE!

You are here: Author Top 5 with Django Wexler