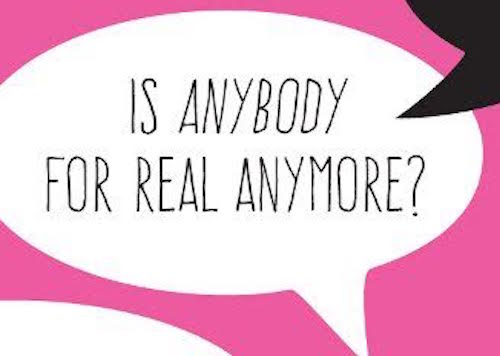 Michelle Lynn lives a pretty simple life in Tampa, FL. She writes YA dystopian, romance, and fantasy as long as her two-year-old niece lets her. She loves creating new worlds and writing through the eyes of ever changing teenagers. They say you should write what you know. Michelle tends to write strong characters modeled after people in her life. She writes about sisterly bonds and friends that will do anything for each other. And the best part – she even got to throw some NHL hockey in there with her last book.
Despite living with her disability, she tries to have a normal life just reading, writing, watching hockey, and hanging out with her family. That’s all you really need.
Website * Twitter * Facebook
Meet Dawn Of Rebellion! Dawn of Rebellion is the first in a trilogy about two sisters, Dawn and Gabby, trying to find their way and their family in a desperate future. In this first book, they encounter the forces of British occupation and the seeds of rebellion in a land formerly known as America. Trust…Family…Love…Courage…Betrayal When faced with the possibility of losing her sister, Dawn must find the strength to overcome anything that is thrown in her way. With the help of some unlikely friends, she travels to a wild land and faces enormous obstacles at every turn. From barbaric people to the wild animals that roam the land, this adventure is much more than Dawn bargained for…but it’s for her sister and she won’t let her down.

So many things. I’ve loved reading since I was very young, but I needed it in a different way than most people. I’ve been sick since I was eight-years-old. My illness gave me episodes where all I could do was lay in bed. For me, reading was the only thing that helped me escape my own reality. My illness got better for a number of years, but after college it came back with a vengeance. For six months, I could barely do anything. It was the hardest thing I’ve ever been through. So I’d occupy my mind with crafting a story. When I started writing it down, it helped me break through the fog. This is super cheesy, but I always say it saved me in a way. Disability can be a dark place, but it wasn’t anymore. That’s why, no matter how many books I write, Dawn of Rebellion will always have the biggest piece of my heart.

This is a tough one. I’d have to say Gabby. Weird fact – she’s actually named after my bird. Don’t worry, I asked permission. Haha.

Gabby’s story is kind of a tragic one. She’s raised her sister on the streets of London before being ripped away from her and thrown in a slave camp across the sea. In all my books, she’s still the strongest character I’ve ever written. But, she also has deep deep weaknesses. She fails to see the complexities in the war they’re waging and can be too trigger happy. She tends to give her loyalty to the wrong people while at the same time never trusting anyone to get close to her. She does a lot of really horrible things throughout the series and, if you make it that far, the end brings all of that to the front as she finally realizes what she’s been made to do.

Definitely the novel. I had no clue what to call it. The working title was Extrication. Can you believe that? That’s just bad. Dawn of Rebellion is much better. To tell you a secret, the character of Dawn has her name changed to fit the title. I’d originally called her Tess.

There are a couple of low key scenes where Dawn and Gabby are having simple conversations. The kind that sisters have. They’re sweet, with each looking out for the better, and you can practically feel how much they love each other. I don’t know if they’re the most well-written, but they’re the heart of the book.

There are a lot of little things you don’t see at first glance. My cover artist was brilliant. Dawn is the girl on the cover and she’s perfect. Showing through is a British flag as well as a beautiful scene showing a ruined building. There’s another ruin on the back, but you can only see that on the paperback. It depicts the story perfectly.

I’ve been waiting anxiously for the final book in the Fantasy of Frost series by Kelly St Clare.

In 2015, I discovered a few really good series. Gaia’s secret by Barbara Kloss is the start to a great one. My favorite though would be the newest addition to the world of Fitz by Robin Hobb. She’s my favorite author by far.

I just finished the third book in my romance series, new beginnings. There’s a short story that will round that out and then I’m doing another genre switch. I’m teaming up with YA dystopian author, Michelle Bryan, to write an epic fantasy series.

Deaths are always hard. I won’t tell you who, but there are two characters that die in Dawn of Rebellion and plenty more that do later in the series. It’s like saying goodbye to friends. I had to make sure each was necessary and each moved the story forward, but my characters are at war. Some have to die. It doesn’t make it any easier. Let’s just say I used a lot of tissues.

I love drafting because I get to create my world and just write. I can sit at my computer for hours and just hammer out the story. Revising for me is mainly just editing because my first drafts tend to be very similar to my final drafts.

Five winners ~ One will get signed Dawn of Rebellion paperback. Four will get the entire series in ebook.

4 thoughts on “Author Of The Week: Michelle Lynn (Dawn Of Rebellion), Plus Giveaway!”

You are here: Author Of The Week: Michelle Lynn (Dawn Of Rebellion), Plus Giveaway!