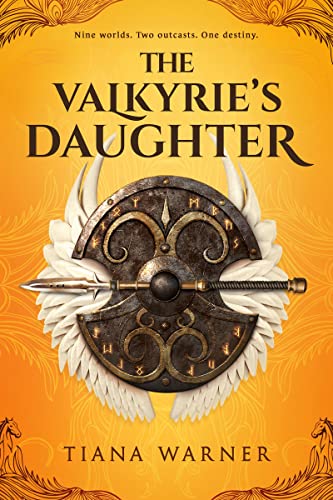 Today we are chatting with Tiana Warner, author of The Valkyrie’s Daughter 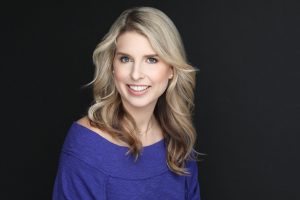 Tiana Warner is an LGBTQ+ author from Coquitlam, BC, Canada, best known for her critically acclaimed, #1 Amazon bestselling series, Mermaids of Eriana Kwai.

Tiana is a lifelong horseback rider and has tried several disciplines, including eventing, extreme trail, and mounted archery. Her mare, Bailey, is now semi-retired as a therapy horse, and Tiana spends her afternoons zipping around on a spunky gelding named Flynn.

In addition to writing stories, Tiana is a tech nerd and former programmer, as well as an outdoor enthusiast who loves to explore nature with her musician boyfriend and their hyperactive rescue mutt, Joey.

About the Book: The Valkyrie’s Daughter 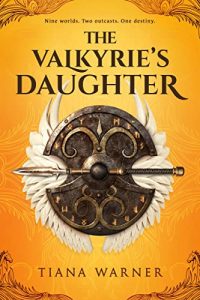 From the time she was born, Sigrid has only ever been ordinary. Being paired at birth with a plain horse—instead of the powerful winged mare of a valkyrie—meant there would be no warrior path for her. No riding the skies, no glory among the nine worlds. Just the simple, unremarkable life of a stable hand.

Everything changes when a terrible enemy ambushes Vanaheim and Sigrid sees a vision of herself atop a mythical stallion, leading the valkyries into a harrowing battle. Finally, she can grab her future with her own two hands and become the hero of her own story…if she dares.

But her destiny is tied up with Mariam, a fallen valkyrie who’s allied herself with the very enemy Sigrid is trying to stop.

Now Sigrid has left ordinary behind as she begins a journey with the beautiful—if treacherous—valkyrie, each step bringing her closer to answers…and to awakened feelings for Mariam.

Only, the life Sigrid has escaped may have been paradise compared to the one she’s racing toward. Because her destination is the realm of the dead: the gates of Hel.

After the success of my Mermaids of Eriana Kwai trilogy, I knew I wanted to write another YA Fantasy based on mythology. After brainstorming, I came up with a book about valkyries, which combines everything I love: warrior women, horses, a sapphic romance, Norse mythology. I feel like I was born to write this book, and I hope my enthusiasm translates to the page for readers!

I love them all in different ways, so it’s hard to pick. If I have to, I’d say Sleipnir, Odin’s eight-legged stallion. Writing animal characters is fun. When I read a book, I love it when animals are characters of their own with distinct personalities instead of just props. It was also cool to imagine what Sleipnir would be like! He’s supposed to be the best war horse in the nine worlds, so it was fun to play with that. I imagine he would be spectacular but also a major handful.

The novel! Titles are hard! The book was originally called The Helheim Princess, but Entangled Teen and I opted to include Valkyrie in the title because it’s more recognizable a word. Those who aren’t familiar with Norse mythology probably wouldn’t know the word Helheim, so The Valkyrie’s Daughter made more sense. Packaging and marketing a book is such an interesting topic—you want to fit with trends and expectations while still being unique.

I think I hit a turning point a couple of years ago in my author career when I started thinking of my writing as a business instead of as passion projects. You should write from the heart and have fun being creative, of course, but you also have to approach your books with a business mindset: What do readers want, and how can I give that to them? When an editor inevitably tells you to cut or revise a scene that you love dearly, you have to be willing to do it. In the industry, this is called “killing your darlings”. As much as you love that scene, you have to do what’s best for the book and your readers. By putting aside your personal attachments, you end up with a book that readers love!

It’s so eye-catching! Everything about it is stunning. When I opened up my box of author copies for the first time, I gasped. They’re so bright and vibrant. I love the shield, the feathers, the font, the yellow… all of it. Entangled Teen told me they wanted people to grab the book off the shelf based on the cover alone, and they totally succeeded.

I’m working on the sequel for The Valkyrie’s Daughter. We’re in the developmental editing phase, which is where I make big revisions to the plot and characters based on editor feedback. I also have other sapphic romance stories coming out this year that I’m really excited about – please check out tianawarner.com/novels for the list!

I love any cause dedicated to animal welfare and protecting the environment. Saving our forests, oceans, animals… it’s all very dear to me. The dog rescue organization who saved my pup, Joey, and brought him from Texas to Vancouver definitely has a special place in my heart.

Go easy on yourself, and know that the first draft of any book is always terrible. Just get those words down, then go back and fix it later. Books go through MANY drafts before they’re ready for publication. I think The Valkyrie’s Daughter went through like, ten? Also, read Save the Cat by Blake Snyder – it will change your life.

3 thoughts on “Author Chat with Tiana Warner (The Valkyrie’s Daughter), Plus Giveaway! ~ US ONLY”

You are here: Author Chat with Tiana Warner (The Valkyrie’s Daughter), Plus Giveaway! ~ US ONLY