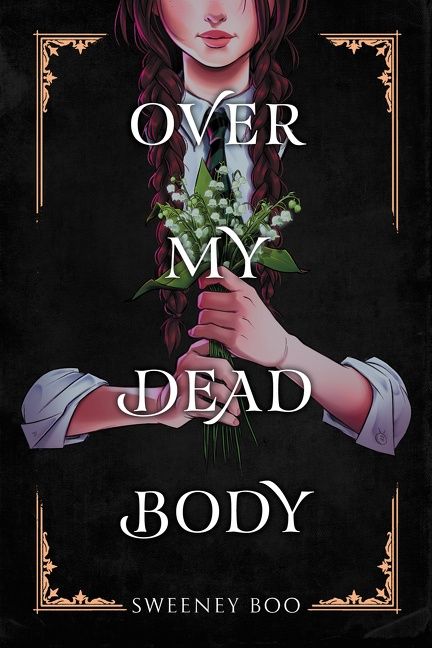 Today we are chatting with Sweeney Boo, author of Over My Dead Body 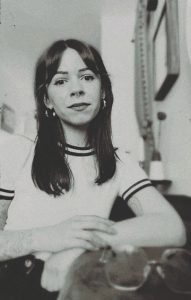 Cecilia Dupuy, known professionally as Sweeney Boo is a comic artist and illustrator living in Montreal, Canada. She started working as a comic letterer and colorist for French publishers before making her comics debut in 2016 with a cover and short story for Image Comics’ Rat Queens. In 2017, she worked on the costume designs of America Chavez, Inferno, and Patriot for the show “Marvel Rising.” Sweeney Boo now does work for various publishers including BOOM! Studios, Archie Comics, IDW, Marvel, and Image Comics. She is the current artist on IDW’s collaboration with Marvel Marvel Action: Captain Marvel, written by Sam Maggs, and her debut graphic novel, Eat, & Love Yourself from BOOM! Studios released in April 2020.

About the Book: Over My Dead Body 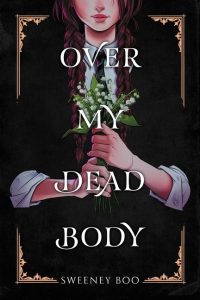 Fans of Chilling Adventures of Sabrina will love diving into the mysterious and witchy world of award-nominated creator Sweeney Boo. Enchanting full-color illustrations will be sure to charm readers as they explore the halls of Younwity’s Institute of Magic and the forbidden forest that lies beyond.

In the days leading up to Samhain, the veil between the world of the dead and the living is at its thinnest.

One day, everything was exactly as it was supposed to be. And the next, the closest thing Abby ever had to a sister, Noreen, was just… gone.

Distracted by the annual preparations for the Samhain festival, Abby’s classmates are quick to put Noreen’s disappearance aside. The Coven will find her, Abby’s friends say. They have it under control.

But Abby can’t let it go. Soon a search for answers leads her down a rabbit hole that uncovers more secrets than Abby can handle. As mounting evidence steers her toward the off-limits woods that surround the academy, she begins to see that Noreen’s disappearance mysteriously has a lot in common with another girl who went missing all those years ago…

I’ve been fascinated with witches ever since I was a kid! And after visiting New England, and Salem I knew I wanted to try and write my own story. They have so much history, in every culture, they’re just bewitching!

Seymour! He is first of all the exact twin of my own cat haha, but also his hypochondria and constant state of anxiety is something I can really relate to.

The character actually! One day I randomly drew Abigail, and I just had to build a story around her.

Probably the very honest conversation between Violet and Abigail in their bedroom, when they finally both let their wall down and start trusting each other.

That every character has to have a purpose, something to do, even if it is something very small like getting a glass of water.

The mystery, and the use of blank space! I think the cover can be interpreted in a lot of ways, it has something inviting but chilling to it.

I recently had the opportunity to read an advance copy of Amy Chu and Soo Lee’s upcoming graphic novel “Carmilla: The First Vampire” which comes out January 2023 and I am obsessed with it!

Lots of very exciting projects, and more Over My Dead Body?!

The final scene, the big reveal. It was a lot of different characters to deal with. I wanted to make sure that the conversation, that moment, felt honest and as emotional as it would be for the characters!

Hmmm. Probably the main “villain”, I really wanted to make sure I had their intentions and behavior right without really revealing too much!

That your chosen family is often more important than your actual family.

Oh gosh… probably my determination? I don’t know if it counts as a superpower but I guess that is something I am really proud of.

There are definitely more than one, but the two I can think about right now are End The Backlog which is trying to help ending the rape kit testing backlog in the United States. And It Starts With Us, an organization that documents, and spreads awareness by Honouring the Lives of Missing and Murdered Indigenous Women, Girls, Trans and Two-Spirits.

To not be scared to fail, because you will. And will learn from it, and do better next time. It’s a never ending circle, but we learn every time and it’s the best feeling!

Title: Over My Dead Body

5 thoughts on “Author Chat With Sweeney Boo (Over My Dead Body), Plus Giveaway! ~US ONLY”

Little Hearts: Finding Hearts in Nature
Albie on His Way
A Cruel and Fated Light
Breakfast Buddies
Down in the Dumps: The Mystery Box
Down in the Dumps: Trash vs. Trucks
Down in the Dumps: A Very Trashy Christmas
Jingle the Christmas Clown
Map of Flames (The Forgotten Five #1)
Reindeer in Here: A Christmas Friend
I'm a Little Snowman
Santa Mouse Bakes Christmas Cookies (A Santa Mouse Book)
A Very CoComelon Christmas!
Happy All-idays!
The Love Match
The Magic Pencil
Leo's Lavender Skirt
Feminist Kids
Be Careful, Bruno!
A Rock in the Ocean
Skyriders
When You Wish Upon a Lantern
Keyana Loves Her Family
How Many Squirrels Are in the World?
Dreams of Song Times
The Quiet and the Loud
Romani Redd: Stripped
Mr. Bear's World of Food
Augland
The Totally Not Wicked Stepmother

You are here: Author Chat With Sweeney Boo (Over My Dead Body), Plus Giveaway! ~US ONLY