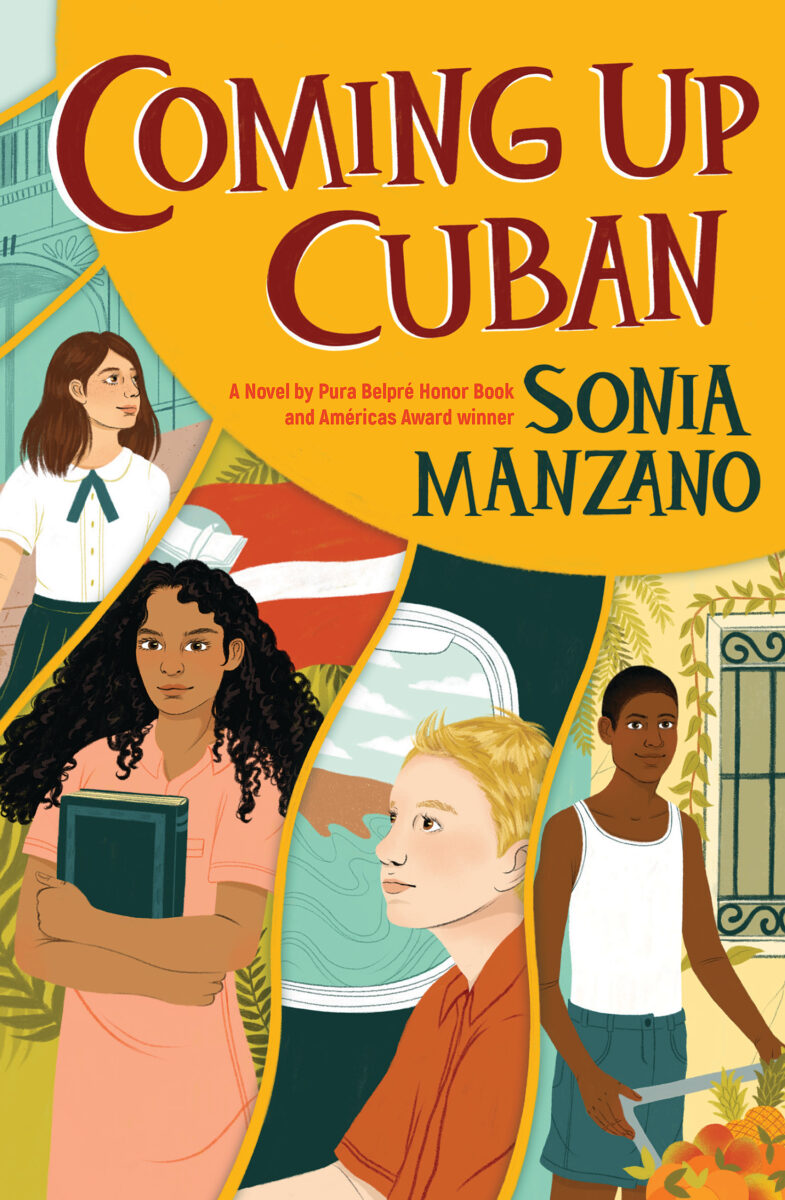 Today we are chatting with Sonia Manzano, author of COMING UP CUBAN: RISING PAST CASTRO’S SHADOW 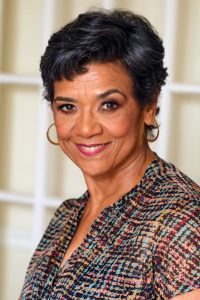 Sonia Manzano has affected the lives of millions since the early 1970s, as the actress who defined the role of “Maria” on the acclaimed television series Sesame Street. Sonia has won fifteen Emmy Awards for her television writing and is the recipient of a Lifetime Achievement Award from the Academy of Arts and Sciences. People magazine named Sonia one of America’s most influential Hispanics. She lives in New York City.

About the Book: COMING UP CUBAN: RISING PAST CASTRO’S SHADOW 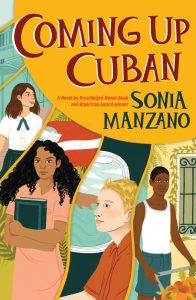 From Pura Belpré Honoree and Emmy-award winning actor Sonia Manzano—best known as “Maria” from Sesame Street—comes the expansive and timeless story of four children who must carve out a path for themselves in the wake of Fidel Castro’s rise to power.

Fifteen-time Emmy Award winner and Pura Belpre honoree Sonia Manzano examines the impact of the 1959 Cuban Revolution on four children from very different walks of life. In the wake of a new regime in Cuba, Ana, Miguel, Zulema, and Juan learn to find a place for themselves in a world forever changed. In a tumultuous moment of history, we see the lasting effects of a revolution in Havana, the countryside, Miami, and New York. Through these snapshot stories, we are reminded that regardless of any tumultuous times, we are all forever connected in our humanity.

Learning about Operation Pedro Pan. It was a program wherein unaccompanied minors were sent to the USA to escape Fidel Castro’s influence. That initiative made me wonder how other children might have been treated or reacted to the new and sudden circumstances the Cuban revolution caused.

Juan, because there is something noble and righteous about him.

The novel. My editor Andrea Pinkney and I brainstormed endlessly over the title.

Do you have a favorite writing snack?

No — actually I often forget to eat while I’m writing.

I try to follow my instincts and go with what feels right. If the writing feels analytical it probably won’t engage the reader.

I like the contemplative looks in each of the characters’ eyes.

I created an animated series called Alma’s Way, which debuted on PBS in October 2021.

One of my characters, Ana, has to process the news of her father’s death. Writing that sequence took me some time.

At first, it was hard for me to get a handle on the character, Ana. My editor Andrea Pinkney and I  even considered cutting her out of the book, altogether.  But Ana kept calling me back.

Which part of the writing process do you enjoy more: Drafting or revising?

Yes, the Bronx Children’s Museum.  I’ve been associated with them for many years.

The more you write and rewrite the better you will become. Guaranteed. So stick with it!

3 thoughts on “Author Chat with Sonia Manzano (COMING UP CUBAN: RISING PAST CASTRO’S SHADOW), Plus Giveaway! ~ US ONLY”

You are here: Author Chat with Sonia Manzano (COMING UP CUBAN: RISING PAST CASTRO’S SHADOW), Plus Giveaway! ~ US ONLY