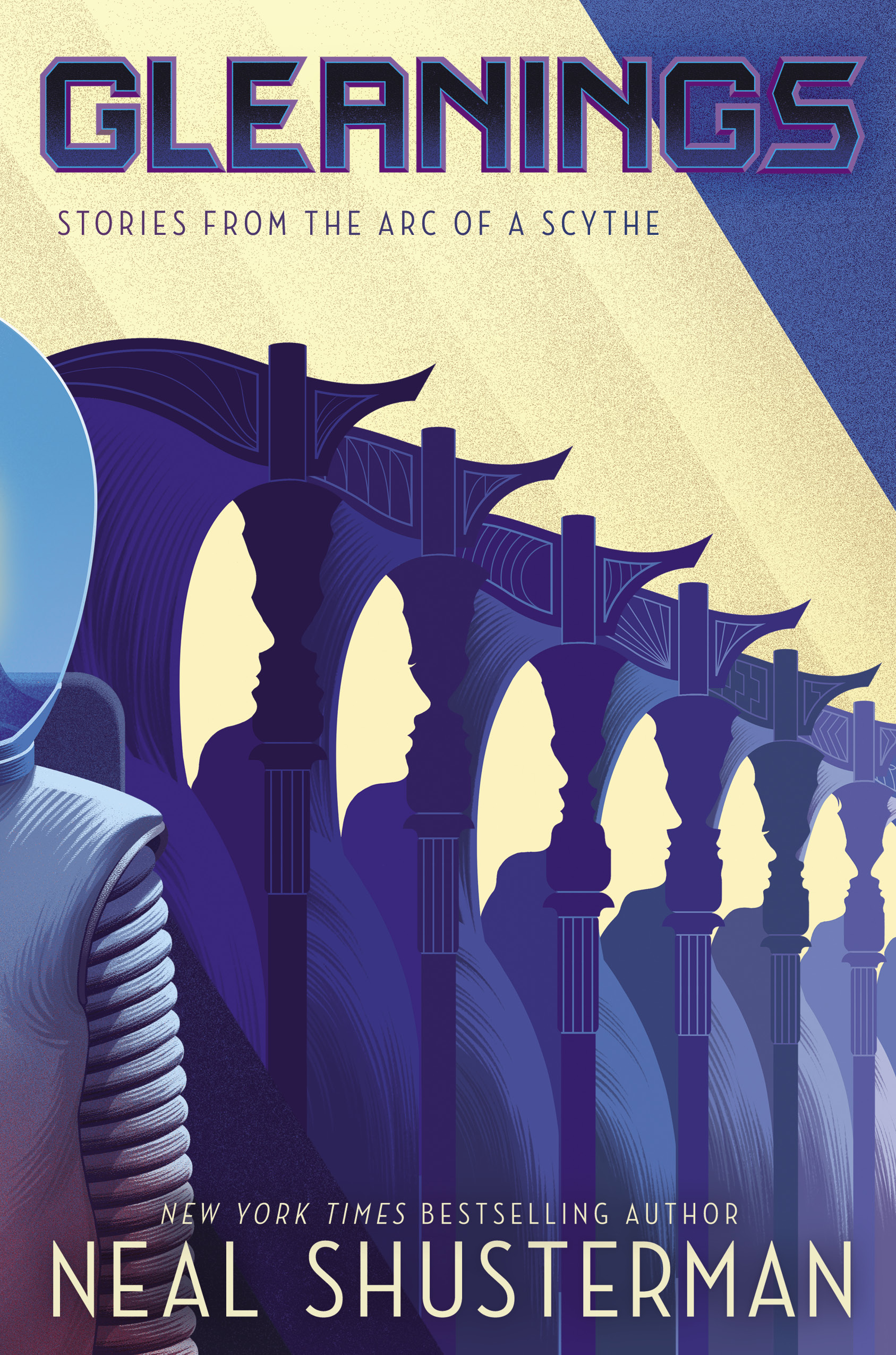 Today we are chatting with Neal Shusterman, author of Gleanings: Stories from the Arc of a Scythe 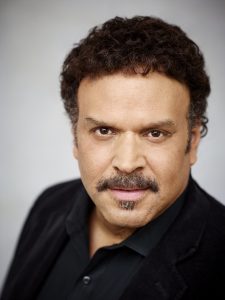 Neal Shusterman is the New York Times bestselling author of more than thirty award-winning books for children, teens, and adults, including Dry, Roxy, the Unwind dystology, the Skinjacker trilogy, Downsiders, and Challenger Deep, which won the National Book Award. Scythe, the first book in his series, Arc of a Scythe, is a Michael L. Printz Honor Book. Neal has earned the respect and recognition of the library community; three of his books have been ALA Best Books for Young Adults and all of his books have been consistently well-reviewed. He’s a popular speaker on the IRA/NCTE circuit, and at schools all over the country. He also writes screenplays for motion pictures and television shows. Neal is the father of four, all of whom are talented writers and artists themselves.

About the Book: Gleanings: Stories from the Arc of a Scythe 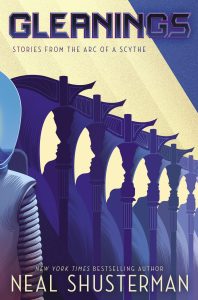 There are still countless tales of the Scythedom to tell. Centuries passed between the Thunderhead cradling humanity and Scythe Goddard trying to turn it upside down. For years humans lived in a world without hunger, disease, or death with Scythes as the living instruments of population control.

Neal Shusterman—along with collaborators David Yoon, Jarrod Shusterman, Sofía Lapuente, Michael H. Payne, Michelle Knowlden, and Joelle Shusterman—returns to the world throughout the timeline of the Arc of a Scythe series. Discover secrets and histories of characters you’ve followed for three volumes and meet new heroes, new foes, and some figures in between.

Gleanings shows just how expansive, terrifying, and thrilling the world that began with the Printz Honor–winning Scythe truly is.

What gave you the inspiration to write Gleanings?

Who is your favorite character in Gleanings?

All of them, but if I had to choose just a few, I would say Scythe Curie, at the age of 18,  Scythe Dalí, who is in an eternal feud with Scythe Gaudí, and Scythe W.C. Fields, who is outsmarted by a very clever dog.

Which came first, the title or the collection?

Most of the stories in the collection came first. My publisher and I were throwing titles back and forth, and the moment I thought of Gleanings, I knew that was it!  It has a double meaning, of course. “Gleaning” is the euphemism scythes use for killing. And these are all stories that are gleaned from the world of Scythe.

What story in Gleanings you most proud of, and why?

Scythe Goddard’s origin story is my personal favorite. We get to see him as Carson Lusk, the creepy kid he was before he became Scythe Goddard.

That stories can transcend time, language, and culture.  That words have power and need to be wielded thoughtfully and responsibly.

What new release book are you looking most forward to?

Aside from Gleanings, I’m looking forward to Retro, which is my son Jarrod’s first novel with his partner Sofía Lapuente.  Jarrod and I published two books together (Dry, and Roxy), and it’s great to see him leaving the literary nest!

So many books in the works!  A Holocaust-themed graphic novel called Courage to Dream, will be out in 2023, with artwork by Andrés Vera Martinez. I’ve been working on it for about ten years now. Also in 2023 there’s a new middle grade humorous sci-fi series that I’m co-writing with Eric Elfman called The N.O.A.H. Files – the first book of which is called I Am The Walrus (all the books in the series will be song titles with animals in them). And on the horizon after that, the first book of a brand new YA series. Can’t talk about it yet, but I promise, it’s full of more big questions, compelling characters, and a whole new mind-bending world!

(SPOILER ALERT!) I would say it’s in the story “Anastasia’s Shadow,” when Ben—Citra’s younger brother—realizes that, to become a scythe himself, he’s going to be asked to kill his boyfriend, Raj.

Which character gave you the most trouble when writing Gleanings?

In “The Mortal Canvas” (a story that I co-wrote with author David Yoon about the last masterpiece of art in the mortal world), there was a scythe who needed to be mysterious and threatening, but also benevolent.  Finding the right balance for that character was difficult—and when she gleaned, we had to fully accept it, even if we didn’t agree with it.

Yes. The Herren Project. When my son, Jarrod, and I published Roxy, (a book about drug addiction, told from the point of view of the drugs themselves), we wanted to connect with an addiction recovery charity.  We fell in love with the Herren Project and have been working on a number of fund-raising events for them. They can be found at www.herrenproject.org

Title: Gleanings: Stories from the Arc of a Scythe

Three winners will receive a copy of Gleanings: Stories from the Arc of a Scythe (Neal Shusterman) ~US ONLY (no P.O. Boxes)

6 thoughts on “Author Chat with Neal Shusterman (Gleanings: Stories from the Arc of a Scythe), Plus Giveaway! ~US Only”

You are here: Author Chat with Neal Shusterman (Gleanings: Stories from the Arc of a Scythe), Plus Giveaway! ~US Only