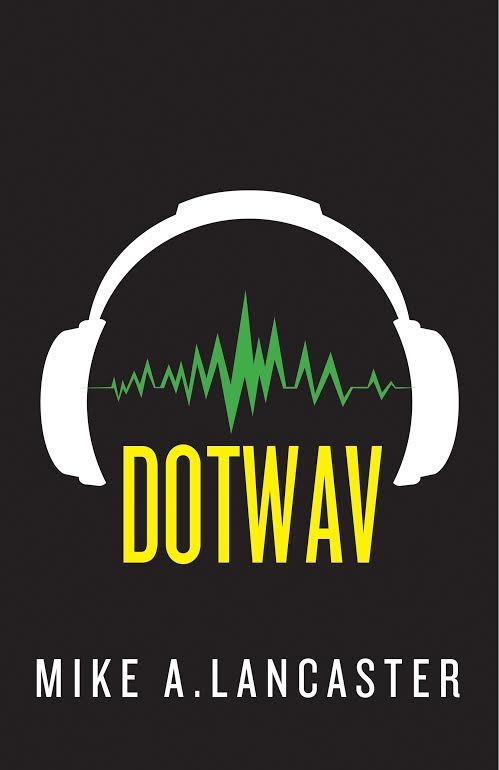 Today we’re excited to chat with Mike A. Lancaster,

Below you’ll find more about Mike, his book, plus a giveaway!

YABC:   What surprised you most while writing your latest book?

Every book provides a fair few surprises, some pleasant, some not so. Good surprises are often the unexpected turns you can bring to a scene; a shortcut you discover that drives the plot forward with more economy than you’d previously budgeted for, or a diversion that bears strangely appropriate fruit. Mostly the bad surprises are a result of poor preparation, and can be conquered with a little bit more thought.

I think the biggest surprise about DOTWAV was how intricately my brain had woven everything together before I started writing it. At the very beginning, the book seemed incredibly daunting. I had so many points I wanted to hit, so many strands I wanted to tie together, that the practical part of me was recoiling at the enormity of the task before me. Once I started writing it I quickly realised that the machinery behind my eyes had been busy, ticking away beneath my conscious brain, making the connections between a lot of disparate ideas and research and expectations so that it was pretty much laid out before me like a road map.  Now I’m not going to lie and say following that map was easy – every scene still needed me to be at the top of my game, it still needed hard work and sleepless nights – but it was a route that I never lost sight of, and it made the actual writing a whole lot easier.

YABC:   If you could live in any fantasy world, which one would it be?

This one but with starvation, social inequality, prejudice and greed expunged. Which today is a fantasy world, but one day, who knows? If that’s a cheat then ‘Star Trek’ in the Next Generation era.

YABC:   Do you have a mantra that gets you through the drafting phase?

The mechanics of plot and the voices of characters are the closest I come to a mantra. When they’re working well there’s music, when they’re not there’s dissonance.

YABC:   What is your favorite hobby when you’re not writing?

Nothing spectacular, or that you wouldn’t expect. Reading, watching movies, binge watching TV shows. I’m taking a break from comic books, because I was finding less and less to get excited about and was reading them out of habit rather than because they were gripping me, but I can feel them pulling me back.

I find an odd calm absent in the rest of my life in the processes of cooking, bird watching, and taking walks in the country. I like listening to, and making, music; am a neophyte at origami and card tricks; and draw and sketch to a frankly pretty low standard of quality.

Mostly I like relaxing with my wife and friends.

The characters that populate the book were so clear to me that I have to dig deep to find one that gave me trouble. I guess it was  Gretchen, because although I saw her clearly and understood her perfectly there was a disconnect the first few times I tried to portray her. She seemed gimmicky on the page, a person with a helpful quirk, and that was so far from how I saw her in my mind’s eye that it was frustrating. But I stuck with it and she stopped looking like a gimmick and more like an invaluable member of the team I was assembling.

YABC:   Do you enjoy writing to music? If so, do you have a go-to playlist?

Music is crucial to my process. Absolutely crucial. I rarely write without it. I owe whole scenes to Clint Mansell’s score for ‘Moon’, or to Nine Inch Nails’ ‘Hesitation Marks’ or Gary Numan’s ‘Splinter’.

In the creation of X-Core (the music sub-genre that beats at the heart of DOTWAV) I ended up listening to a lot of Industrial music: Throbbing Gristle and SPK, NIN, Ministry and Killing Joke, bands that already inform me, but needing listening to again with a critical detachment (I needed to think about how the people around me must have felt when I started playing those tunes). The lighter, or more introspective moments were written to orchestral (Clint Mansell, Michael Nyman, Jaz Coleman, Christopher Franke, Mark Snow) or Prog (with a lot of Pink Floyd and King Crimson).

But my music taste and collection is eclectic, and a library shuffle often produces weird juxtapositions that just kind of work.

And I have far too many playlists that I concoct on the fly to underscore my writing day. I do have one called ‘Writing out of Trouble’ that I hit whenever I’m all out of ideas, which has been formed over many years, and contains songs that resonate to the writing me. The contents of that playlist might have people doubting my musical taste – maybe even my sanity – but all I can say in mitigation is that it works for me. A few of the artists in it are: Nick Cave, The Flaming Lips, Placebo, The Chemical Brothers, Jefferson Airplane, Siouxsie and the Banshees, Johnny Cash, Soul Coughing, MC 900ft Jesus, Gary Numan, Glen Campbell, The Stranglers, Nancy Sinatra and Lee Hazlewood.

The cause closest to my heart is secular humanism, which I truly believe to be the only real solution to the multifarious problems that continue to beset this world of ours. We need to think our way out of the messes we have made, and we need to do that calmly, rationally, humanely and – above all – quickly. We need to build upon humankind’s myriad similarities rather than wage wars over prejudiced assumptions about perceived differences. We also need to sort out feeding the world, because we fail as societies when we allow people to starve, and we fail as people when we accept that as status quo.

YABC:   What’s a book that you’ve read recently that you would recommend to your readers?

I have been reading for research purposes,  so my recent reading list would probably seem a little dry. In fact, thinking about it, even my ‘for pleasure’ books probably seem dry – ‘Wizard: The Life and Times of Nikola Tesla’ by Marc Seifer; ‘I Am Providence’, S T Joshi’s biography of H P Lovecraft; and Philip Hoare’s remarkable ‘Leviathan’ a book about whales in fact, fiction and folklore. Great books, but maybe all three are a little niche.

The last fiction I read was actually a long-overdue re-read – Ian M Banks’ ‘Consider Phlebas’ – a couple of months ago. It’s a rollicking space opera adventure that takes you to places that you never expected, so I heartily recommend it.

They are both voyages of discovery and, though I adore the unbridled freedom of the drafting process, I probably learn more about my craft in the revision stage.

Enjoyment-wise I guess drafting edges it. At that point I’m throwing everything at the page and hoping it sticks. Revising is more like inking in over a pencil sketch, and every word must earn its right to exist upon the page.  It’s imposing order on the chaos, and I guess I really love the chaos.

I guess my talent for dredging up weird and/or wonderful facts (that I didn’t even know were in my brain) just when I need them. DOTWAV is in no small part constructed from them. Mike A. Lancaster’s love of science fiction was first forged at an early age by reading Gulliver’s Travels, The War of the Worlds, and Journey to the Center of the Earth, and watching Gerry Anderson shows, Doctor Who, Quatermass movies, and Star Trek. His previous novels, Human.4 and The Future We Left Behind, introduced a chilling techno-world where we only think we’re in control. He lives with his wife, children, and a menagerie of pets in Peterborough, England. 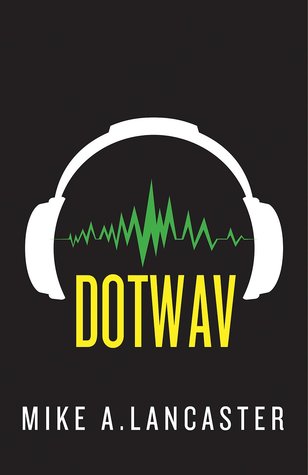 Fifteen-year-old Ani Lee is a skilled hacker researching a strange .wav file that she’s downloaded when it behaves as no file ever should.

Joe Dyson is a seventeen-year-old American transplant recruited into a secret teen division of the British intelligence service who’s looking into the disappearance of a friend caught up in an underground music scene that might be more than it appears.

When Ani and Joe’s investigations intertwine, they discover that the .wav file and the music are linked—someone’s embedding the file into tracks to create a mind-controlled teen army.

But who’s behind it? And why? And how do you stop a sound? By: Mike A. Lancaster

8 thoughts on “Author Chat with Mike A Lancaster (DOTWAV), Plus Giveaway!”

You are here: Author Chat with Mike A Lancaster (DOTWAV), Plus Giveaway!