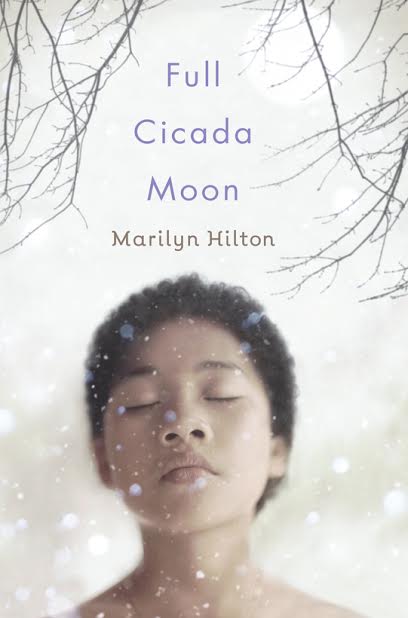 One of our extraordinary staff members, Karen, interviewed Marilyn Hilton, author of Full Cicada Moon! Now she’s sharing this fantastic chat with us! But first we’d like to introduce you to this literary duo. 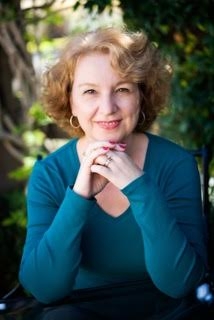 It’s 1969, and the Apollo 11 mission is getting ready to go to the moon. But for half-black, half-Japanese Mimi, moving to a predominantly white Vermont town is enough to make her feel alien. Suddenly, Mimi’s appearance is all anyone notices. She struggles to fit in with her classmates, even as she fights for her right to stand out by entering science competitions and joining Shop Class instead of Home Ec.

And even though teachers and neighbors balk at her mixed-race family and her refusals to conform, Mimi’s dreams of becoming an astronaut never fade—no matter how many times she’s told no. This historical middle-grade novel is told in poems from Mimi’s perspective over the course of one year in her new town, and shows readers that positive change can start with just one person speaking up.

Karen Yingling: There are so many different topics covered in Full Cicada Moon. How did this story develop for you? Did Mimi’s character or the historical setting come first, for example?

Marilyn Hilton: First of all, thank you so much for allowing me to do this interview with you! I love to talk about this book and have the opportunity to introduce it to new readers.

Before I wrote Full Cicada Moon, I’d wanted to write a story that my children and husband, who are mixed race, could identify with and see themselves in. Then the character of Mimi emerged, followed almost immediately by her family situation and her story, and then this book began. I knew the impact of the story would be stronger if Mimi lived decades ago instead of today, so I set it in a small town in 1969, at the end of a turbulent decade in U.S. history.

KY: Mimi’s story of relocating to a small, nondiverse town in 1969 is an excellent addition to books that support the #WeNeedDiverseBooks Movement. How do you think Mimi’s experience in 1969 is different from what it would be today? Or would it be the same?

MH: I can’t speak to how Mimi’s experience as a girl of mixed heritage would or wouldn’t be different today, because other people are much more qualified to answer that question. But I have no doubt that Mimi achieved all her dreams, no matter what obstacles were in her way. I’m happy there has been heightened awareness lately of the need for diversity in literature and other arts, to more realistically reflect the population and better serve its needs. And I hope there will come a day soon when considering and including all people comes naturally.

But as a female, Mimi’s experience would have improved somewhat since 1969. Back then, there were no female astronauts, few female engineers, doctors, or scientists compared to today.

Girls were encouraged to work in traditionally female jobs, such as teaching and nursing—which are extremely important careers, but which girls should be able to choose out of all other careers. We have made progress since 1969, but we still have a long way to go.

KY: My favorite part of the book was Mimi’s interest in shop, and the fact that she was not allowed to take it because she was a girl. What experiences did you have with expected gender roles shaping the activities you were allowed to do as a young girl?

MH: I’m so glad that my daughters, who were born in the mid­1990s, have never heard they can’t have any career they want. Thank goodness, they can’t conceive of ever hearing that! But I grew up when girls were still going into traditionally female careers and then leaving those careers for good when they had children. But that message began to change while I was in high school, so I too had to change the way I thought about women’s roles. And when I was young, girls had to wear dresses or skirts to school and act “ladylike,” and they couldn’t participate in “boys” sports like football and baseball. And, like Mimi, when I received a high score in a standardized test, I was told it must have been a mistake because girls never scored high on that test. I felt both proud and deflated at the same time.

As a society, we have made strides toward female equality, but we still have work to do on changing our expectations and assumptions for boys, and on the complexities of gender overall.

KY: Middle grade readers are always interested in issues of personal identity. How are Mimi’s issues ones that readers from all manner of backgrounds can understand and identify with?

MH: Everyone—no matter where they come from, what they look like, what language they speak, where they live, or what faith they do or don’t practice—wants to be understood, be acknowledged, accepted, feel included, and above all be loved. In essence, this is what Mimi wanted, too, so her story speaks to these universal human desires.

Not every reader will look like Mimi or have her family background, or live in a town like she did, but I hope that all readers will be able to connect with her because they know what’s it’s like to want friends they can confide in, trust, and be accepted by; adults who will acknowledge, respect, and encourage them; and a family that loves and supports them and gives them a soft place to land; and to have a dream they’re willing to make come true no matter what gets in their way.

KY: Tim and Mr. Dell are very interesting supporting characters. Are they based on people or types of people you have known?

MH: I really enjoyed writing these characters. Mr. Dell wasn’t based on anyone in particular, but he does represent attitudes I heard growing up and those we hear today about customs, faiths, ideologies, languages, and physical appearances that are different from our own. I was happy that in the end Mr. Dell was on the road to redemption, though no one—not even a fictional character—can change overnight.

Timothy was also based on no one I knew, but I loved creating him. He’s a lovely boy who thinks before he speaks, he’s a little lonely but is self­assured about what he believes, and he’s devoted to Mimi and her family. After Mimi, Timothy is my favorite character in this book.

KY: There is so much that young readers don’t know about this historical period, but the verse format of Full Cicada Moon limits the amount of elaboration that can be included. What made you choose this format?

MH: Poetry allows an immediacy and intimacy that most other forms of writing don’t. I began writing Full Cicada Moon in verse because the story came to me so fast that I wanted to “write the spine,” so to speak, while the story was fresh, and to be able to tell it deeply from Mimi’s perspective. Because I’d written quite a bit of poetry before then, it was a natural form for me to use. It was also very freeing to write that way.

However, as you noted, poetry has its limitations, as do present tense and first­person point of view. Working within these limitations, I had to make choices to preserve the work as a story and keep it moving forward. There’s a fine line between historical fiction and history texts, so I chose to keep elements that told the story and omit elements that didn’t. But I trust that readers will work with the missing details the same way they do with vocabulary they don’t know—to either understand the events or their significance in context, or find out more about them outside the book.

A big thanks to both Marilyn Hilton and Karen Yingling for this enlightening interview! Now read on for the latest giveaway below! 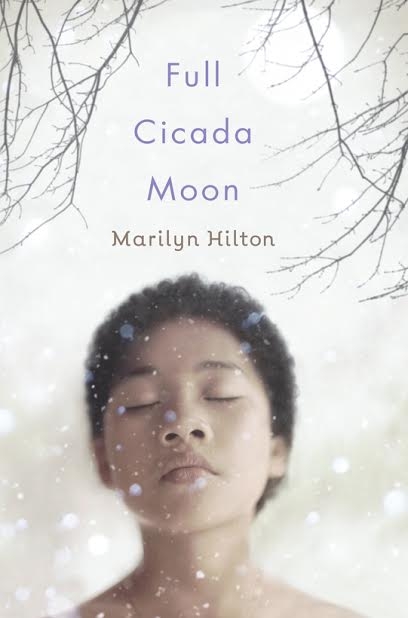 Three winners will receive a copy of Full Cicada Moon, US only.

Entering is simple, just fill out the entry form below. During this giveaway, Marilyn has a question for readers. Here is the question they’ll be answering in the comments below for extra entries:  In the book, Mimi wants to be an astronaut in a time when girls were not allowed to pursue scientific fields. What was your dream career or passion as a child??

Karen Yingling  is a middle school librarian who has been blogging about middle grade books since 2006. Her blog concentrates on books for boys, but also highlights books with diversity every Wednesday.

You are here: Author Chat with Marilyn Hilton