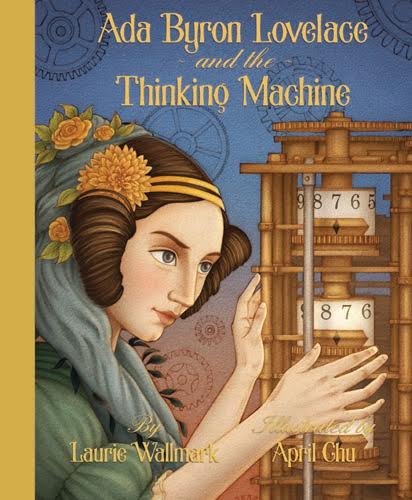 Greetings, YABC! Today we’re delighted to welcome Laurie Wallmark, author of Ada Byron Lovelace and the Thinking Machine.  Her book presents a beautifully illustrated way of learning about the woman who is widely regarded as the founding mother of modern computer programming. Laurie was kind enough to answer a few questions I had about her new release!–Angela Blount

First we’d like to introduce you to this literary duo! 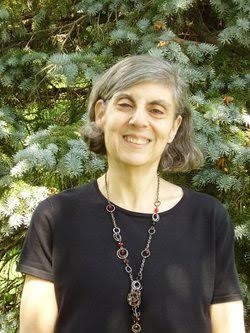 LAURIE WALLMARK writes in many different genres from picture books to middle grade novels, poetry and nonfiction. Like Ada, she had a fulfilling career in software engineering and hopes that stories of extraordinary women in science and technology will help girls embrace the possibilities of these fields.

Ada Lovelace, the daughter of the famous romantic poet, Lord Byron, develops her creativity through science and math. When she meets Charles Babbage, the inventor of the first mechanical computer, Ada understands the machine better than anyone else and writes the world’s first computer program in order to demonstrate its capabilities. This spellbinding illustrated biography introduces children to the possibilities of science and technology at a young age. Over a hundred years before the invention of the electronic computer, when women had very few options outside the home, Ada followed her aspirations and became the world’s first computer programmer. The story serves as an inspiration for children, especially girls, to be fearless in pursuing their passions.

Anegla Blount: How did you come to take an interest in the real­life story of Ada Byron Lovelace?

Laurie Wallmark: I teach computer science, so writing a story about the world’s first computer programmer was a natural. Also, I feel that women in STEM (science, technology, engineering, and math) are woefully underrepresented in books for young children. Ada Byron Lovelace and the Thinking Machine will help remedy that situation.

AB: You’ve previously published a number of stories in children’s magazines such as Highlights and Cricket. How much does your creative process differ in writing a full book?

LW: Though picture books and magazine stories/articles both have a similar limited word count, they are very different. In a picture book, the writer has the luxury of knowing an illustrator will be carrying part of the story. This allows the writer to craft a more in­ depth story. The creative process for both is similar though: (1) come up with a general idea of what you want to write about; (2) refine and research that idea until you find a good focus for your story or article; (3) write your story; (4) revise your story; and, (5) repeat steps 3­4, and often step 2, over and over and over again.

AB: This book is beautifully illustrated. How do you feel the illustrator (April Chu) has enhanced your storytelling?

LW: I am so lucky to have April as my illustrator. Not only are her illustrators gorgeous, but they bring details to each scene that aren’t in the text. For example, the spread where Ada is working on her program shows a diagram of the Analytical Engine.

AB: What were a few books that had a strong impact on you as a child?

LW: This is a question that people love to ask, and I hate to answer. I read so many books that it’s impossible to single out only a few. (I don’t like to play favorites.) As a child, I read mostly science­fiction. In fact, a lot of my knowledge of STEM came from my voracious reading of SF authors like Isaac Asimov, Arthur C. Clarke, and Robert Heinlein. But I also enjoyed nonfiction. I think I checked out every popular mathematics book our public library had to offer.

AB: Do you have plans to continue writing non­fiction children’s books? If so, who can readers look forward to as your next biographical subject?

LW: I write both fiction and non­fiction, poetry and prose, picture books and novels. In the future, I certainly plan to include more biographies of strong, smart women in STEM.

A big thanks to both Laurie Wallmark and Angela Blount for this enlightening interview! Now read on for the latest giveaway below! 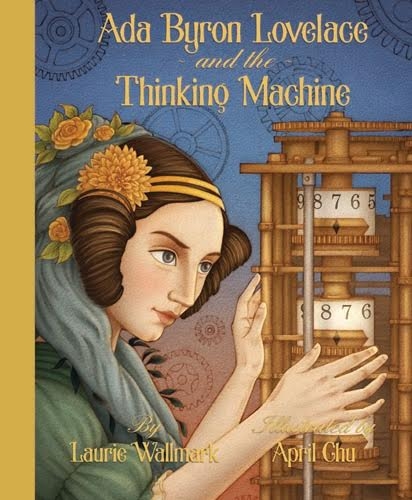 One winner will receive a  copy of Ada Byron Lovelace and the Thinking Machine, open to US only. 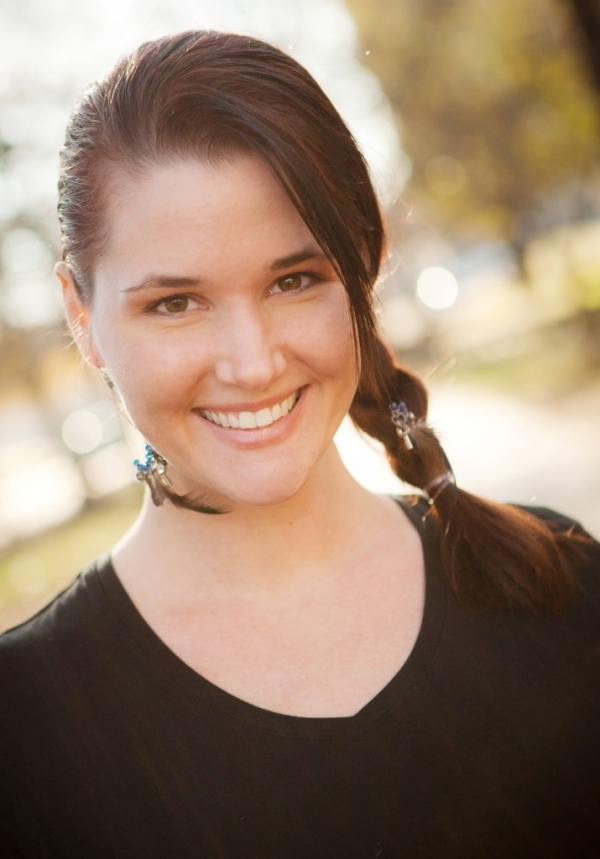 You are here: Author Chat with Laurie Wallmark