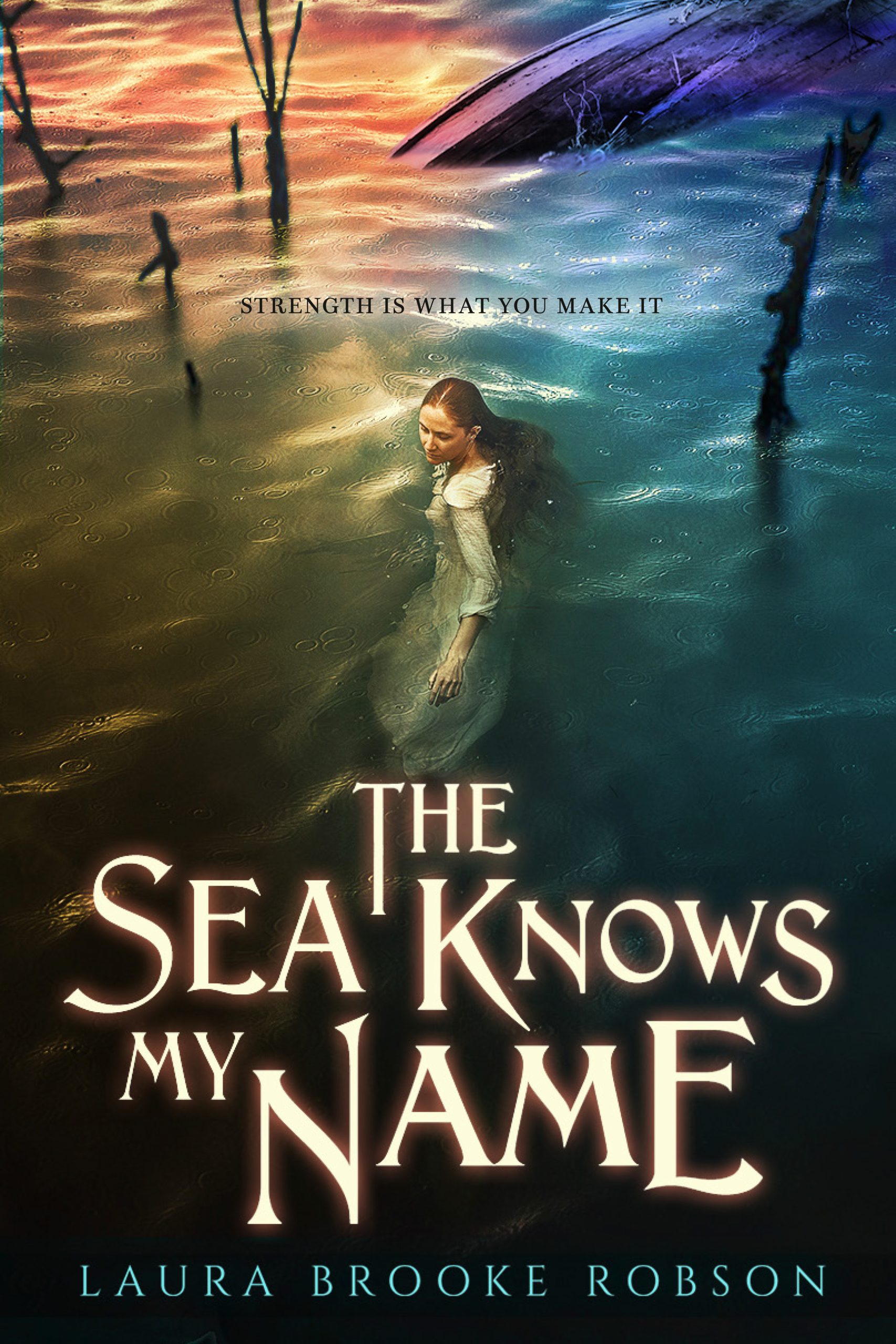 Today we are chatting with Laura Brooke Robson, author of The Sea Knows My Name 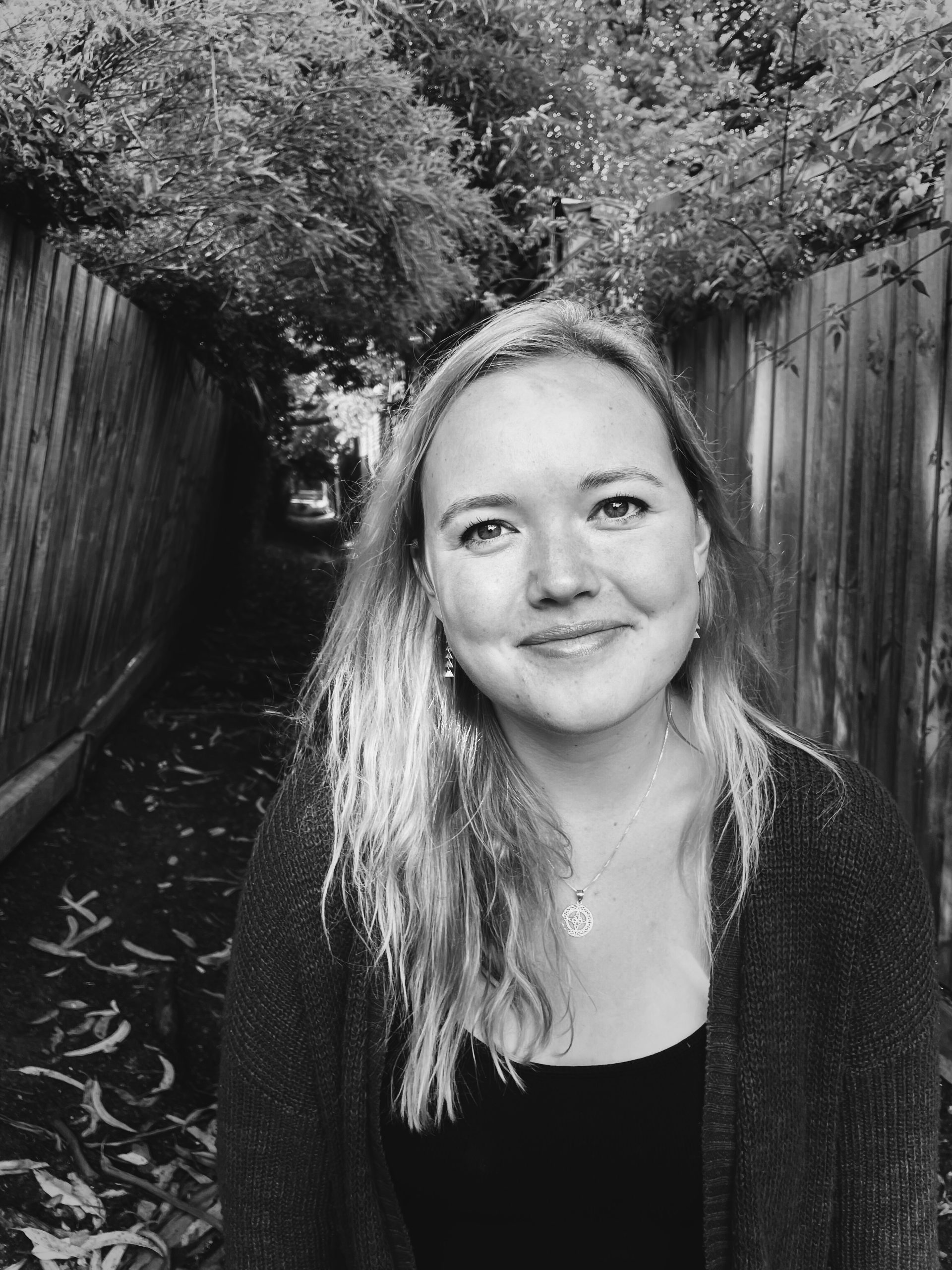 Laura Brooke Robson grew up in Bend, Oregon and moved to California to study English at Stanford University. She currently lives in Melbourne, Australia, where she enjoys drinking too much coffee and swimming in places she’s probably not supposed to swim.

About the Book: The Sea Knows My Name:

In this seafaring fantasy, a soft-spoken and empathic teen must chart her own course to rescue the ruthless pirate who raised her

If there’s one thing Thea Fowler has learned from her mother, it’s that the only way for a woman to survive in a man’s world is to make herself strong, invulnerable even. Strength, after all, is how Clementine Fowler survived after her world was washed away by ash and lava and became one of the most notorious pirates the world has ever known.

Unfortunately, Thea has inherited none of her mother’s ruthlessness and grit.

After a lifetime of being told she is a disappointment, Thea longs to escape life under her mother’s thumb. And when she falls for a handsome sailor named Bauer, she thinks she’s found her chance at a new life. But it’s not long before first love leads to first betrayal, and Thea learns that there’s more than one way to be strong.

As a kid, I was terrified of being perceived as girlish or feminine. When I consumed media, I saw three types of women: physically strong women (those who kept up with the men and weren’t “like other girls”), maternal women (those who nurtured), and sexual women (those who found some power in their conformation to the male gaze’s ideal, but who probably needed to be rescued by more powerful men in the end). All were likely to die for Plot Reasons. Still, the physically strong, emotionally invulnerable women seemed like the best role models, so that was who I tried to become. The relationship between Thea (empathetic, sensitive) and her mother, Clementine (hardened, tough), is a version of the relationship between my younger and older selves. This book was how I learned to reconcile strength with gentleness; I like to think of it as a deconstruction of “the strong female heroine.”

I don’t think we settled on the title until we absolutely had to. According to the graveyard of documents on my laptop, it has been named, in various iterations: “Thieves of Gold and Thunder” (which is utterly not in keeping with the plot or the tone of the book), “A Handful of Sea,” (what does this mean?) “Thea,” and “Whale Book.” I’m pretty sure “Whale Book” was never an actual contender.

Oh, I guess just to mean something. Writing is so hard. You create something and people don’t like it. Or you create something and people don’t care. I don’t think it would be possible to keep working if you didn’t feel like your stories had a purpose beyond entertaining yourself. That’s not to say every book should be didactic–just that every book should have theme. For the writer’s sake as much as the reader’s.

I cried when I saw the cover. I think it’s perfect. Kaitlin Yang designed it, and I think she perfectly captured the book, which isn’t easy to categorize. It’s a fantasy book, but there’s no magic; there are pirates, but there aren’t battles and warfare. Mostly, it’s a book about a girl, her memories, and the stories that shaped her. Through some special alchemy, Kaitlin’s cover manages to communicate exactly what sort of book this is.

Oh, so many! I got to read an early version of Furysong, the third book in Rosaria Munda’s Aurelian Cycle, and I’m dying to get my hands on the final version. I’m also really excited to read Ava Reid’s Juniper & Thorn, which comes out next week. Babel by R. F. Kuang; Foul Lady Fortune by Chloe Gong; Our Crooked Hearts by Melissa Albert. It’s a good year for books.

Can I have three? Allison Saft’s A Far Wilder Magic is absolutely lovely and has some of the most immersive worldbuilding I’ve read in ages. Also, a love interest named Wes, which, if you’ve read The Sea Knows My Name, you’ll know is a thumbs up from me. I also recently read Maria Dahvana Headley’s translation of Beowulf, and it’s so brash and fun–a wonderfully reinvigorated take on the text. And M. L. Rio’s If We Were Villains. I feel like I was the last person to read that book, but I just picked it up last week and read it in a day. It’s such an engaging story of passion and obsession.

I knew I wanted to tell Thea’s story in alternating past and present timelines because I wanted it to be a story about memory. In the past tense timeline, Thea falls for and is subsequently betrayed by a boy named Bauer. Though this part of the story felt more personal, it was easier to write. The present tense timeline was what gave me trouble. I wanted both timelines to crescendo simultaneously, but matching the tone and momentum of the two took many (many) attempts.

Speak. Write. Feel how you feel.

2 thoughts on “Author Chat with LAURA BROOKE ROBSON (THE SEA KNOWS MY NAME), Plus Giveaway! ~ US Only”

You are here: Author Chat with LAURA BROOKE ROBSON (THE SEA KNOWS MY NAME), Plus Giveaway! ~ US Only