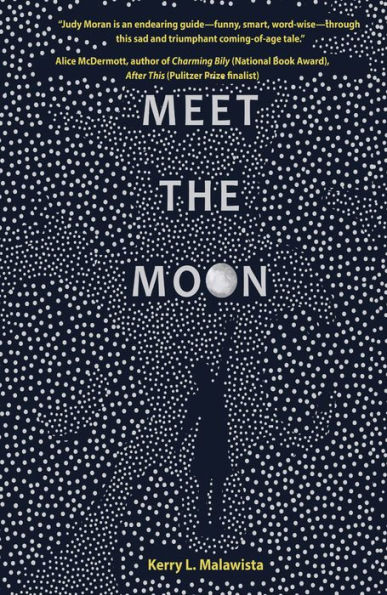 Today we are chatting with Kerry L. Malawista, author of Meet the Moon! 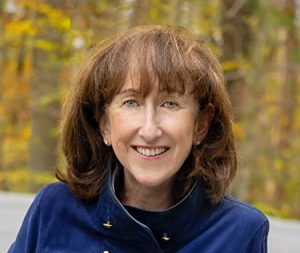 Kerry L. Malawista, PhD is a writer and psychoanalyst in Potomac, MD. She is co-chair of New Directions in Writing and founder of the recent project The Things They Carry – offering virtual writing workshops for healthcare and frontline workers. Her essays have appeared nationally in newspapers, magazines and literary journals including The New York Times, The Washington Post, The Baltimore Sun, The Boston Globe, Zone 3, Washingtonian Magazine, The Huffington Post, Bethesda Magazine, Arlington Magazine, The Account Magazine, and Delmarva Review, which nominated her for a Pushcart Prize. She is the co-author of Wearing my Tutu to Analysis and Other Stories (2011), The Therapist in Mourning: From the Faraway Nearby (2013), both published by Columbia University Press, and Who’s Behind the Couch (2017) published by Routledge Press. When the Garden Isn’t Eden: More Psychoanalytic Concepts from Life will be published by Columbia University Press spring 2022 and her novel, Meet the Moon will be released September 2022 by Regal House Publishing.
Website * Twitter * Facebook * Goodreads

About the Book: Meet The Moon 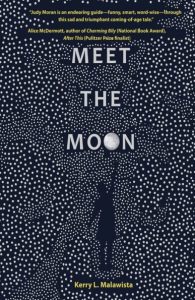 In 1970, 13-year-old Jody Moran wants pierced ears, a kiss from a boy, and more attention from her mother. It’s not fair. Seems like her mother is more worked up about the Apollo 13 astronauts, who may not make it back to earth safely. As it happens, the astronauts are spared a crash landing, but Jody is not, for three days after splashdown, her mother dies in a car accident. Now, Jody will never know if her mother really loved her. Jody’s father has taught them to believe in the “Power of Intention.” Announce what you want to the world to make it happen. But could the power of Jody’s jealousy and anger have caused Mom’s accident? To relieve her guilt and sadness, she devotes herself to mothering her three younger siblings and helping Dad, which quickly proves too much for her, just as persuading quirky Grandma Cupcakes to live with them proves too much for Grandma. That’s when Jody decides to find someone to marry her father, a new mom who will love her best. Jody reads high and low to learn about love, marriage and death. For her adolescent firsts—kiss, bra, and boyfriend—she has the help of her popular older sister, her supportive father, and comical Grandma. But each first, which makes her miss her mother, teaches her that death doesn’t happen just once.

YABC:  What gave you the inspiration to write Meet the Moon?

I lost my mother at the age of nine, and many patients in my psychotherapy practice come to me struggling with loss. I recognized my own experience in a teenage patient who admitted that she was furious at her mother for dying of cancer but also guilty for wishing her dead. She shared the secret excitement she felt at riding in a limousine to the funeral and the special attention she received from teachers. She spoke of lying in bed each night imagining her mother watching from above, disappointed and angry at her for being so selfish.

As narrators—and stars—of our own stories, we make everything about ourselves. Kids feel responsible for divorce or family trauma, and many carry that pain into adulthood. A forty-year-old patient recalled being scolded by her father for swatting her little sister—later that same day, he was killed when his office building collapsed, leaving ten-year-old Jane with the unconscious conviction that hitting her sister had set the tragedy in motion. She was burdened by this fantasy, never uttering the pain she suffered for this imagined thought until she began therapy.

I had to write this book because I was the child left behind, I was the teen wracked with guilt, and I am the adult helping others through it.

Like most authors, I love all my characters, but a favorite is Grandma Cupcakes, who despite the loss of her daughter, steps in, with spunk and great humor, to take care of 5 kids.

The novel came first, with the themes of the moon and the Apollo 13 launch. I struggled with a title that could encompass the moon, but wasn’t a cliché–too common or sentimental.

Sometime between draft two and three, I came across Robert Frost’s poem, Going for Water. The speaker and companion children go in search, across barren land, for a brook that still runs. Frost writes that “we knew we heard the brook,” and that they “run as if to meet the moon.” He captures the jubilance and hope, the necessary belief that if they keep searching that they will find what they are looking for. I knew I found my title. The poem perfectly captured the underlying theme of the novel, that despite the loss of her mother, Jody (and reader) can still search and find what she needs in the world, memories of her mother (represented by the moon) and other loving adults, that the brook never runs dry.

I’m currently working on a memoir, Ghostmother, that weaves my experience as a psychoanalyst with my personal story of losing a child.

At the start of the story, we see Jody visiting her three-year old brother, Billy, in the hospital. This scene was close to one that actually took place in my own life, so it was complicated to feel the necessary emotion to make it come to life while at the same time step back and fictionalize to get on the page in a meaningful way.

I’m hoping the reader will finish Meet the Moon, with a feeling of optimism and resilience. As with the Moran family, we all experience loss and tragedy but with love and family we can heal. We can lose someone as essential as a mother, and go on to live a good life, keeping the lost loved one alive in our memory while still seeking other mothering figures to offer love and support.

Also, the father in the novel offers his children the belief that they are capable of achieving what they set their minds to – he taught them to write their intention on a card that he kept in his wallet. He taught them to believe they could reach their dreams, helping them build the grit and self-confidence to persevere.

Probably as a therapist and writer, the ability to put myself into the mind of another, make a connection and then translate into words the experience and emotions.

The Bronx is the only borough in New York City without a Children’s Museum. For twelve years I have been working with a devoted team to raise money and create a place for the children of The Bronx. I’m thrilled the museum will open its doors this fall.

To believe in yourself, like Jody’s father tells her, that you need to have intention, persevere even in the face of obstacles, naysayers and multiple rejections.

Two (2) winners will receive a copy of Meet the Moon (Kerry L. Malawista) – US Only!

4 thoughts on “Author Chat with Kerry L. Malawista (Meet the Moon), Plus Giveaway! ~US Only”

Akpa's Journey
Wildlord
Run for Your Life
Poo in the Zoo: The Island of Dinosaur Poo
Noisy ABC
The Moonlight Zoo
Elephants Remember: A True Story
Little Hearts: Finding Hearts in Nature
Albie on His Way
A Cruel and Fated Light
Breakfast Buddies
Down in the Dumps: The Mystery Box
Down in the Dumps: Trash vs. Trucks
Down in the Dumps: A Very Trashy Christmas
Jingle the Christmas Clown
Map of Flames (The Forgotten Five #1)
Reindeer in Here: A Christmas Friend
I'm a Little Snowman
Santa Mouse Bakes Christmas Cookies (A Santa Mouse Book)
A Very CoComelon Christmas!
Happy All-idays!
The Love Match
The Magic Pencil
Leo's Lavender Skirt
Feminist Kids
Be Careful, Bruno!
A Rock in the Ocean
Skyriders
When You Wish Upon a Lantern
Keyana Loves Her Family

You are here: Author Chat with Kerry L. Malawista (Meet the Moon), Plus Giveaway! ~US Only