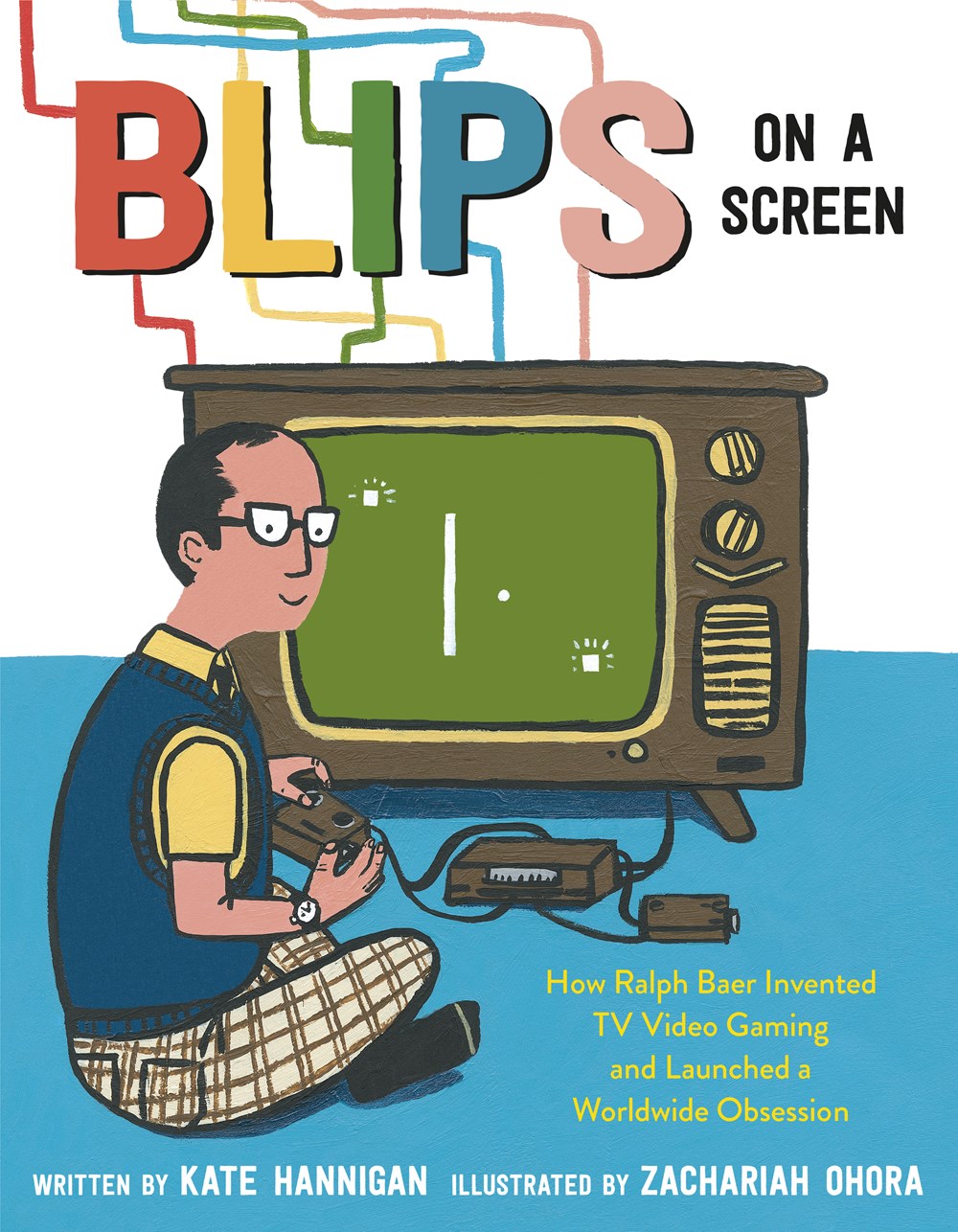 Today we are chatting with Kate Hannigan, author of Blips on a Screen: How Ralph Baer Invented TV Video Gaming and Launched a Worldwide Obsession 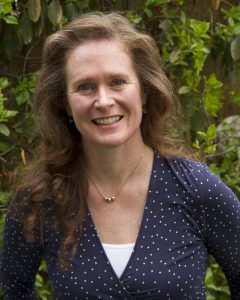 Kate Hannigan is the author of numerous children’s books, including the middle-grade series The League of Secret Heroes, as well as the middle-grade novel The Detective’s Assistant, which won the Golden Kite Award for best middle-grade fiction. Her debut picture book, A Lady Has the Floor: Belva Lockwood Speaks Out for Women’s Rights, received four starred reviews, and was praised as “excellent” by Kirkus Reviews. Her other titles include a graphic novel, History Comics: The Great Chicago Fire, as well as the chapter book series Cupcake Cousins. Kate lives with her family in Chicago.

About the Book: Blips on a Screen: How Ralph Baer Invented TV Video Gaming and Launched a Worldwide Obsession 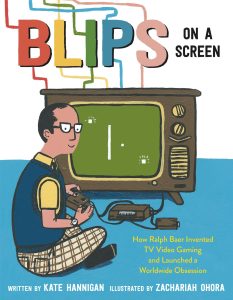 An engaging picture book biography based on the incredible true story of a Jewish refugee who pioneered home video games and launched a worldwide obsession.

Do you ever wonder how video gaming was invented? What came before your PlayStation or Xbox? This is the story of Ralph Baer, a refugee from Nazi Germany, who used his skills–and a lot of ingenuity and persistence–to make life a little more fun.

Television was new when Ralph returned from serving in World War II, but he didn’t settle for watching TV. He knew it could be even more fun if you could play with it. He tinkered and tested, got help and rejected, but with perseverance and skill, he made his vision come true! This is the inspiring story of a fearless inventor who made TV video games a reality.

I have three kids, one of whom is a HUGE gamer. One day I was listening to the joy he was sharing with friends, and I began to wonder how long gaming has been around. And that’s typically how most books come to be—to answer a question. So there I went, falling down the rabbit hole!

YABC: Who is your favorite thing in the book?

Ralph Baer’s invention emerged in the 1970s and illustrator Zachariah OHora captured the times both in his color scheme and in the awesome fashions! Sweater vests feature gorgeously and prominently. Ralph sports them in various colors and styles, so I went out and bought a sweater vest myself to wear to school visits. I even sent a sweater vest to our editor!

What I wanted to convey to young readers is that everything we do in life takes time! Inventions rarely come together overnight. There are years spent tinker and tweaking and revising and restarting. And there’s failure and getting back up again. Ralph Baer had a wonderful inventors’ spirit, and he went back to his ideas again and again to make them better. There’s a sequence in the book that Zachariah illustrated beautifully that shows the iteration from one prototype to the next, getting better each time. It’s a good thing for kids to see—that we rarely have success on the first try, but rather we go back again and again and again to improve it!

I love digging into research and learning all I can about a subject, and it’s become abundantly clear to me that choosing people who are big writers or great record-keepers makes it infinitely easier to write about them! Ralph Baer saved everything, wrote about his experiences, granted interviews to news outlets, and even built his own website to showcase his inventions. That was all so helpful!

Zachariah OHora’s illustrations are brilliant and beautiful. I can’t stop staring at this book, page after page. The cover is a showstopper in that there’s no way a young reader can walk past it and not want to pick it up.

In researching Ralph Baer’s fascinating life, I could have gone in lots of different directions, but what grabbed me was how far video game graphics have come! Ralph worked for years to get a “blip” onto a screen. Now look where we are—there are times when I can see my kids playing FIFA or NBA games, and I cannot tell whether I’m looking at live TV or gaming. It’s pretty remarkable!

The Great Stink: How Joseph Bazalgette Solved London’s Poop Pollution Problem. It’s written by Colleen Paeff and illustrated by Nancy Carpenter, and everyone should go grab a copy immediately. Informative, engaging, gorgeous—it’s an example of nonfiction picture books at their best!

I’ve just finished working on a middle-grade mystery, based on a lot of historical research, and I am kind of holding my breath and hoping that there’s an editor out there who might like it. We’ll see.

Three winners will receive a copy of Blips on a Screen: How Ralph Baer Invented TV Video Gaming and Launched a Worldwide Obsession (Kate Hannigan) ~US Only

Tags: and a giveaway! Meet, Author Chat, author of Anna Hibiscus Read on for more about her, Blips on a Screen: How Ralph Baer Invented TV Video Gaming and Launched a Worldwide Obsession, giveaway, her book, Kate Hannigan, Knopf Books for Young Readers, Today we are chatting with Atinuke, Zachariah OHora

1 thought on “Author Chat with Kate Hannigan (Blips on a Screen: How Ralph Baer Invented TV Video Gaming and Launched a Worldwide Obsession), Plus Giveaway! ~US Only”

You are here: Author Chat with Kate Hannigan (Blips on a Screen: How Ralph Baer Invented TV Video Gaming and Launched a Worldwide Obsession), Plus Giveaway! ~US Only