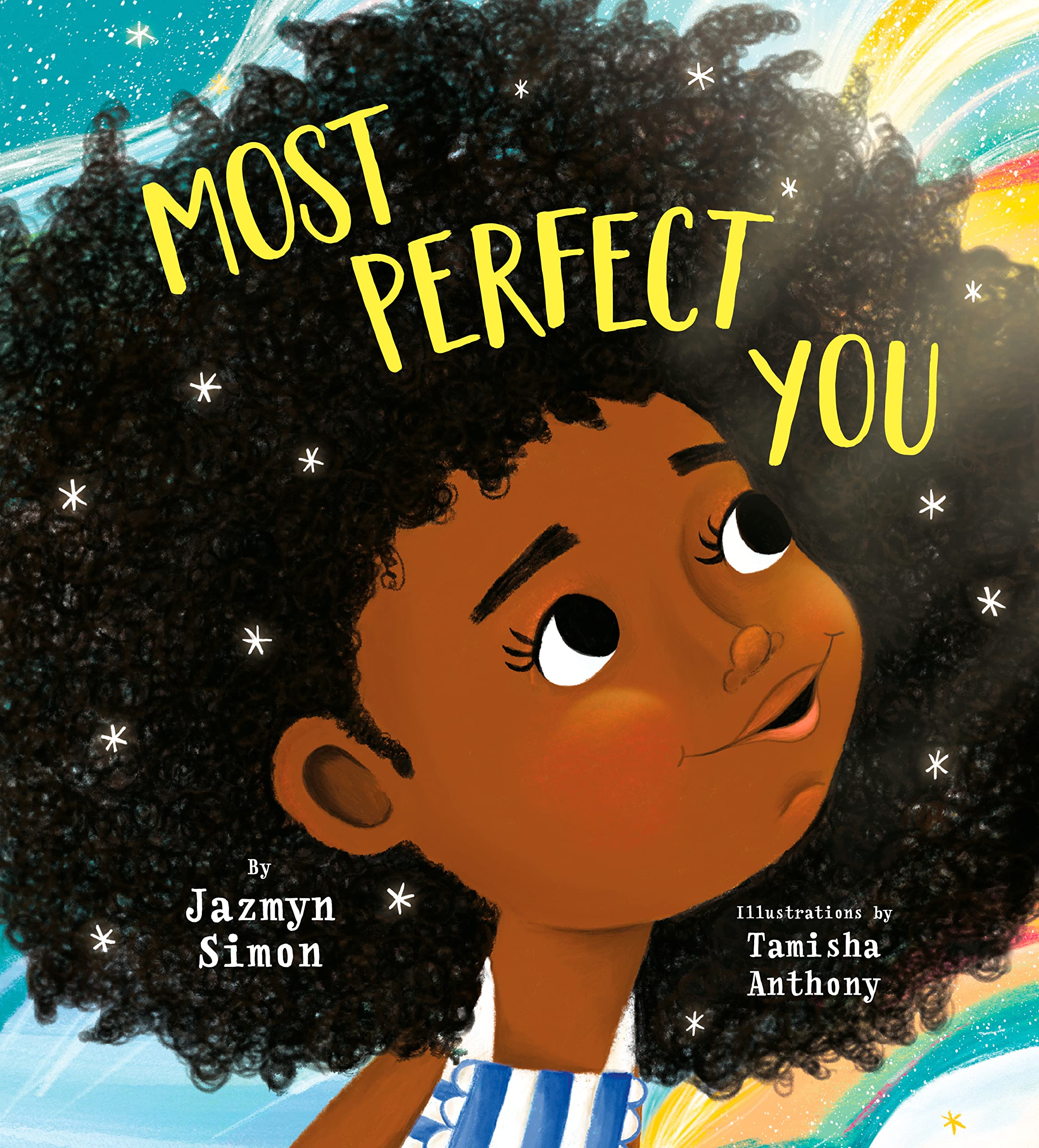 Today we are chatting with Jazmyn Simon, author of Most Perfect You 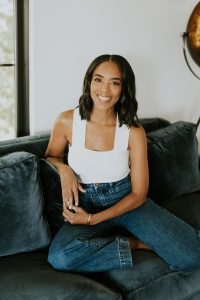 JAZMYN SIMON (@jazmynsimon) is an actor, activist, and mother. Raised in northern California, Jazmyn began pursuing acting during college at the University of Nevada. She later moved to Chicago and joined improv troupe Second City. Jazmyn rose to fame on HBO’s hit dramedy “Ballers,” starring The Rock. On the big screen, she has starred in Tyler Perry’s “Acrimony,” among many other films. Most recently, Jazmyn appeared in the Netflix series “Raising Dion,” which has been renewed for a second season. Jazmyn lives in L.A. with her husband, actor Dulé Hill, and their two children.

About the Book MOST PERFECT YOU: 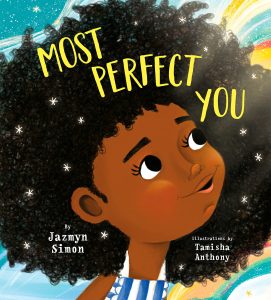 When actor and activist JAZMYN SIMON’s daughter was a toddler, she voiced deep insecurities about herself. She wanted to be pretty; she wanted to look like other girls. From dolls at the store to her various classmates, everything that little Kennedy Irie saw equated to beauty did not look like her. Fortunately, Simon’s intuition, instinct, and love led her to tell Kennedy: from your skin to your hair to your heart, you are specially made of all of mama’s favorite attributes. That experience inspired Simon to write her picture book debut, MOST PERFECT YOU (Random House Books for Young Readers; Ages 4-8; on sale May 3, 2022) with illustrations by TAMISHA ANTHONY; a moving love letter to children struggling to accept themselves inside and out—exactly as they are.

When you were finally born, I looked at you and you were everything that I had asked for. And as you grew, you were not only the most perfect you, but you were kind to.

In MOST PERFECT YOU, after comparing herself to other little girls, Irie (named after Simon’s daughter) confides in her mother that she feels that something is wrong with her, that she’s not perfect as she is. And so Irie’s mama tells the magical story of how Irie was intentionally and wonderfully made. In fact, Irie is made up of all her mother’s favorite things: sparkling eyes, a bright smile, and a kind heart.

When Kennedy was about three or four years old, we were riding in the car, and from the backseat, she says to me, “Momma, I want to have lighter skin so I can be pretty”. It felt like I had been punched in the stomach. I thought quickly and told her that she WAS pretty. That in fact, when she was still in my belly that I had a conversation with God and shared that I wanted her to have my favorite color of skin. The color I thought was the MOST pretty- the color of her skin. I went on to tell her that I had picked every single detail about her. That she was composed of all of my favorite things! She accepted that answer and never questioned her looks again. At least not to me. Later in life, I asked her was there anything she didn’t like about herself, anything she would change. She took a minute or so to think, and replied NO. That makes me feel good about the way I raised her to love herself.

My favorite character in my book would have to be “Mama”. She is an example of the kind of mother I would have wanted and needed as a young child. One that asks questions and gives affirming answers. They type of mom that allows her child to see the very best in herself.

The book came first. Then the book kind of named itself.

I am most proud of the end of the book. When Irie can see herself, not based on others opinions or in comparison to anyone else, but as she truly is. Perfect.

The most important think I’ve learned as a writer is that if you have one great idea- YOU WILL HAVE ANOTHER! In the beginning of the editing process, I was overwhelmed because I needed to change a few things and was afraid I wouldn’t be able to create anything else. But I did. And a reminder to all writers, you will too. You are full of brilliant ideas.

I love that it features a beautiful Black child. Smiling and loving herself. Growing up, I never owned books like this one.

I recently read THIS BOY WE MADE, by Taylor Harris and absolutely loved it. So much, I messaged her on Instagram and demanded she be friends with me. I love when books are written and it feels like a conversation with a friend.

I am working on my second book! So that is exciting. It feels like sending one baby off to kindergarten and welcoming a new baby to the world. More to come!

Honestly, the dedication was the hardest. I cried. Because I had written the book about my daughter, so naturally the book is dedicated to her. I just love her beyond words and I hope she is proud of what I have written.

That we are all created to be ourselves. And we are brilliant, beautiful and dare I say, perfect.

Black Maternal Health. Did you know Black women are 3x as likely to die in childbirth in the US than white women. Totally preventable. We need more people to care about this.

Write the thing. First and foremost, write it for you. Then write it to help someone else. Make them laugh, or cry or think deeply. Just write it.

I am really grateful for your time. Thank you for reading my book. This all is really a dream come true.

Book’s Title: MOST PERFECT YOU

2 thoughts on “Author Chat with Jazmyn Simon (MOST PERFECT YOU), Plus Giveaway! ~US Only”

You are here: Author Chat with Jazmyn Simon (MOST PERFECT YOU), Plus Giveaway! ~US Only