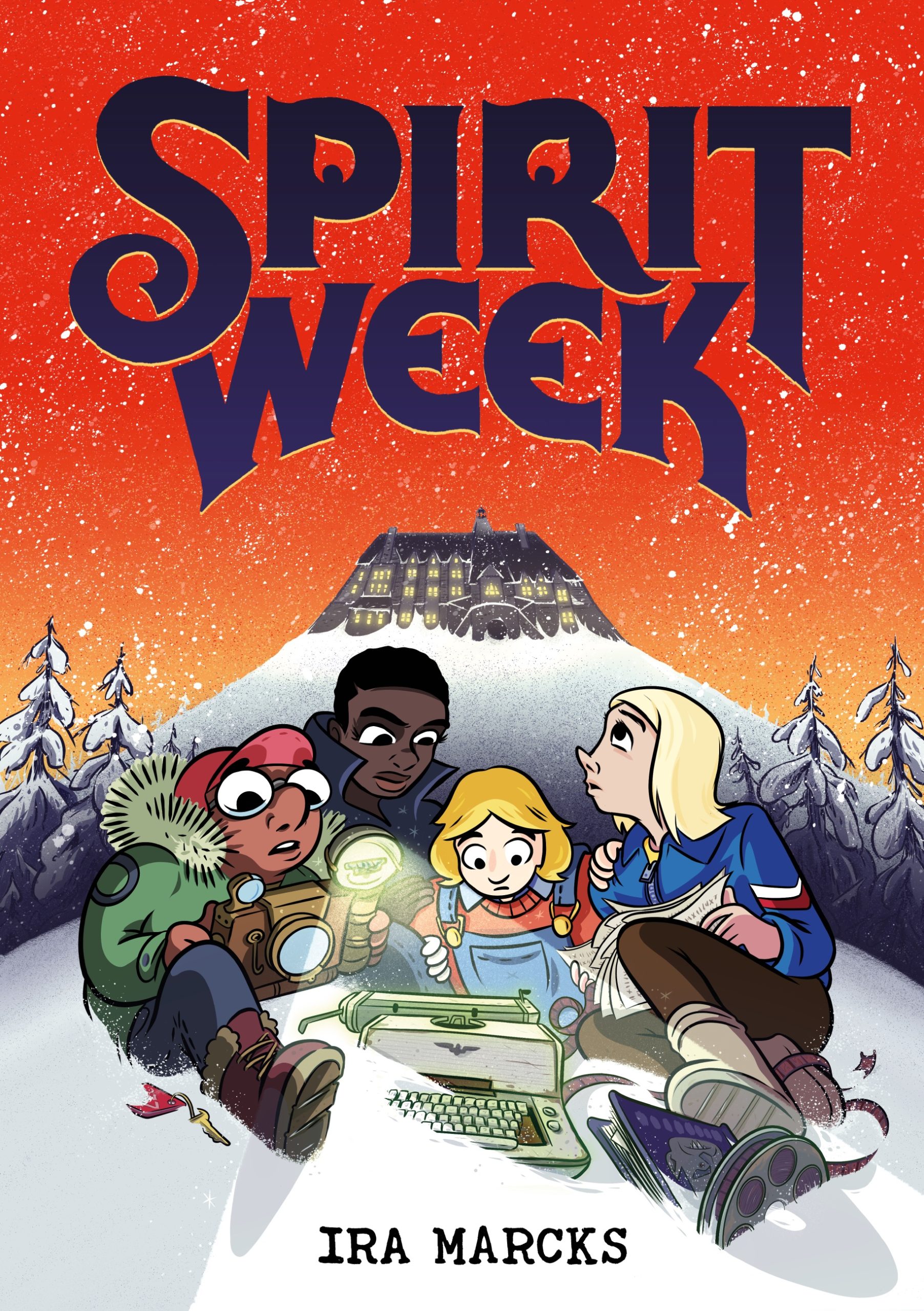 Today we are very excited to share an interview with author Ira Marcks (Spirit Week)!

Read on to learn more about him, his book, and a giveaway! 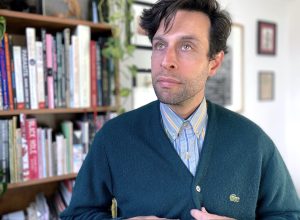 Ira Marcks is a cartoonist living in Upstate New York with his wife, their cat and dog, and lots of books he’s been meaning to read. He is the author of Shark Summer and Spirit Week. His love for ancient magic and possible futures has led him to create a warehouse of esoteric objects for the Hugo Award-winning magazine Weird Tales and to tell stories about villainous technology for the European Research Council.

About the Book: Spirit Week 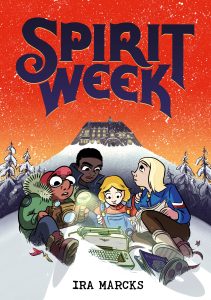 Secret rooms, eerie curses, forgotten caves. Could you survive a week in the Underlook Hotel?

Aspiring engineer Suzy Hess is invited to the famous Underlook Hotel, domain of the reclusive horror writer Jack Axworth, in the mountains above her hometown of Estes Park, Colorado. Suzy thinks she’s there to tutor Jack’s son, Danny, but instead she finds herself investigating a local curse that threatens the landmark hotel.

With the help of Elijah Jones, an amateur filmmaker who thought he’d been asked to make a film about the so-called King of Horror; Rena Hallorann, the hotel’s caretaker; and Danny, who knows more than he’s letting on, Suzy sets out to solve the mystery at the heart of the Underlook, one that holds the town of Estes Park in its grasp. With only a week to save the hotel—and the town—the friends find themselves racing against time to uncover the shadows of the past.

In my last book, SHARK SUMMER, my characters explored the behind the scenes world of Hollywood filmmaking. With SPIRIT WEEK I wanted to take this idea further into a scarier film. With the cinematic eye of SHARK SUMMER’s Elijah, this new cast of kids face the world of Stanley Kubrick’s THE SHINING. The cultural impact of this movie and its fandom inspired the mystery at the center of my story.

I wouldn’t be able to tell these stories without the aspiring filmmaker, Elijah Jones. As both the loyal friend and the film obsessive, Elijah leads me into the eerie world of SPIRIT WEEK with his good intentions. With his help I can have characters, like Suzy, lead us into dark places knowing that Elijah will be able to lead her back out.

In this particular case the story existed in a few iterations before it had a title. When my editor Andrea Colvin suggested SPIRIT WEEK I was inspired to make it a story about more than just a haunted hotel; it became about the town in its shadow. This new layer to the story wouldn’t have come about without the title!

There is a scene where the kids visit a paranormal researcher who has a ‘bigger on the inside’ theory about the haunted hotel. What would otherwise be a bunch of people standing around looking at an engineer’s schematic turned into something much more visually interesting. I was really proud when I figured out how to show off his hauntological research.

It’s always a challenge to decide what to show (and what not to show) on a cover. I wanted SPIRIT WEEK’s cover to contain clues to the story that unfolds within and I was very happy with the way I integrated them into the pose of the four main characters. There’s A LOT going on on this cover but that feeling sort of suits the story that you are about to dive into.

Scenes when a character is sharing a memory are tough to script out. It’s always a balancing act of how much detail the character shares and how succinctly they are able to share it. Old memories are a bit inscrutable by nature and, for a character, should appear hard to describe out loud but you also don’t want to show them rambling on for pages!

A character in the book puts it best when he says “history is never far behind us . . . sometimes we even find ourselves standing in its midst.”

4 thoughts on “Author Chat With Ira Marcks (Spirit Week), Plus Giveaway! ~ US Only!”

You are here: Author Chat With Ira Marcks (Spirit Week), Plus Giveaway! ~ US Only!