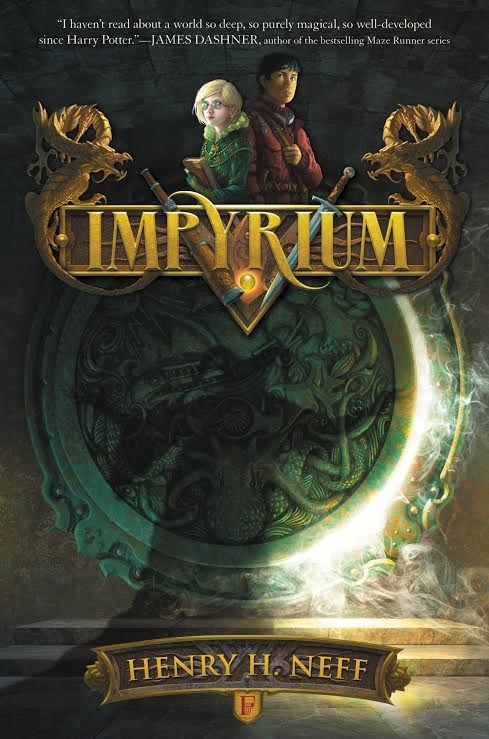 Below you’ll find more about Henry,

The first is to have faith in your instincts. I agree with my editors 95% of the time, but there will be occasions where you don’t see things the same way. When that happens, it’s critical to understand why your editor feels the way they do, but ultimately to trust your instincts as storyteller. I’d rather make my own mistake than change my story to please someone else and regret it later. The other lesson I’ve learned is to write a first draft as quickly as you can. It’s better to get a rapid sense of your story’s arcs, merits, and flaws than to inch along in the hope of penning perfection. The latter is a fool’s errand. You won’t pen perfection; you’ll simply take a long time to finish your draft. Save the revision for when you have a completed draft. Henry H. Neff grew up outside Chicago before going off to Cornell University, where he majored in history. Before becoming a writer, he was a management consultant and also taught history at a San Francisco high school. Impyrium is his second series. The first, TheTapestry, is a five-volume epic that follows the life and adventures of Max McDaniels. He lives in Montclair, New Jersey, with his wife and two sons. You can also find him at www.henryhneff.com. “A rare jewel. A new classic in the fantasy genre.” — Eoin Colfer, author of the bestselling Artemis Fowl series
“A magnificent, rich, exhilarating book. I say this with all honesty: I haven’t read about a world so deep, so purely magical, so well-developed, since Harry Potter.” — James Dashner, author of the bestselling Maze Runner series
In the first book of Henry H. Neff’s new high-stakes middle grade fantasy series, two unlikely allies confront a conspiracy that will shake the world of Impyrium to its core.
For over three thousand years, the Faeregine dynasty has ruled Impyrium. But the family’s magic has been fading, and with it their power over the empire. Whether it’s treachery from a rival house, the demon Lirlanders, or rebel forces, many believe the Faeregines are ripe to fall.
Hazel, the youngest member of the royal family, is happy to leave ruling to her sisters so that she can study her magic. But the empress has other plans for her granddaughter, dark and dangerous plans to exploit Hazel’s talents and rekindle the Faeregine mystique. Hob, a commoner from the remote provinces, has been sent to the city to serve the Faeregines—and to spy on them.
One wants to protect the dynasty. The other wants to destroy it. But when Hazel and Hob form an improbable friendship, their bond may save the realm as they know it…or end it for good. One (1) winner will receive an Impyrium Prize Pack featuring a collector’s box packed with a signed copy of Impyrium, bookmark, poster, and Hob temporary tattoo (not pictured: bookmark and tattoo) US only.

*Click the Rafflecopter link below to
enter the giveaway*

15 thoughts on “Author Chat with Henry Neff, Plus Giveaway!”

You are here: Author Chat with Henry Neff, Plus Giveaway!