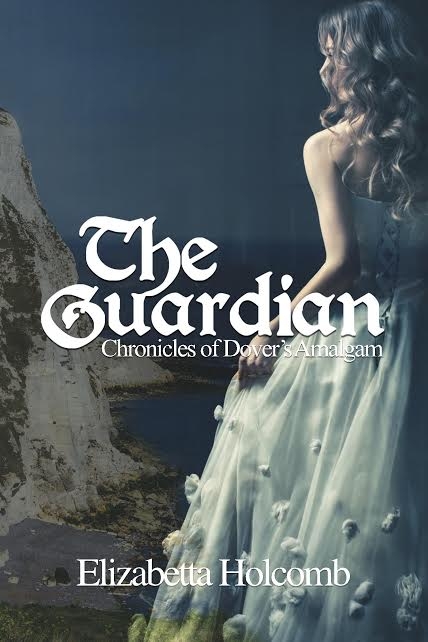 Elizabetta Holcom: I love the theatre and concerts. The Saenger Theatre in New Orleans is my favorite venue. It’s so classy. I’ve tickets to see Wicked there in June. I can’t wait!!! And in August I’m going see Coldplay in Texas with my daughters. I just love road trips and girly getaways!

EH: Jareth, the hero. He’s a bit egotistical and being that he’s a medieval knight, he can be stubborn as well. I didn’t want to make him stereotypical, so I worked really hard at giving him unique quirks such as a love for cats and orphans. Jareth is my all­time favorite character that I’ve created.

YABC: Do you enjoy writing to music? If so, do you have a go­to playlist?

EH: I can only to write to classical music, particularly Mozart. However, my favorite type of music is Rock. In fact, my muse is a rock star; seriously. But, don’t ask because I will never tell who…I will say this though, my muse has been with me for over 20 years and he is a character in one of my books.

EH: Because one of my character has autism, I am currently looking into various charities for Autism Awareness. I’m a runner, so I run 5k’s often with my children. We are a family who runs together  so we can be found many times in 5k’s geared toward charity.

I also give to the English Heritage Foundation, particularly The Friends of Dover chapter. I donated copies of The Guardian. 100% of the proceeds go to the maintenance and awareness of Dover Castle. It’s pretty exciting to be a part of that!

EH: Once upon a time, I loved the first creative process. Writing that first draft was such a buzz. But now that I have an amazing editor, my most enjoyment comes from the revising. My editor gets to the heart of matters and makes me really think where the story is going. She makes the editing part fun and it’s engaging in a way where I get to know my characters in a totally different light. Jareth Tremaine, the first Duke of Dover, has seen how he’s remembered in history books—either a saint who rules his lands with justice or a religious extremist whose harsh treatment of the church nearly has him executed. But what history doesn’t disclose is that he’s essential to the world’s survival. After being wounded by ancient Huns using 21st century weapons, a girl is brought to aid his recovery—a girl who would become his duchess and the key to the future of Dover’s Amalgam.

A 21st century girl whose future has not been written…

Elizabet Blackwell isn’t surprised by wormholes. What shocks her is the multi‐faceted personality of the titled knight. Sir Jareth is a nobleman, translator, surgeon—and he’s intent on locating and protecting a host. The host, she discovers, is a boy who practically lives in her backyard 700 years into Jareth’s future.

Together they embark on their life’s journey and discover that they must protect each other even as they prepare the host for his destiny. Their quest must be to ensure the boy is secure and hidden from the evil forces who seek to exploit the power he contains. Elizabetta Holcomb lives in South Louisiana with her husband, children, and 2 cats. One of those cats is aptly named Sir Jareth after The Guardian’s hero. When she is not writing, she is helping deliver babies in her night job as a Labor&Delivery nurse. Her favorite aspect of becoming an author is meeting all of the readers who love Dover and the characters she has created.

Two winners will receive a signed copy of The Guardian, plus a bookmark–US only.

5 thoughts on “Author Chat with Elizabetta Holcomb, Plus Giveaway!”

You are here: Author Chat with Elizabetta Holcomb, Plus Giveaway!