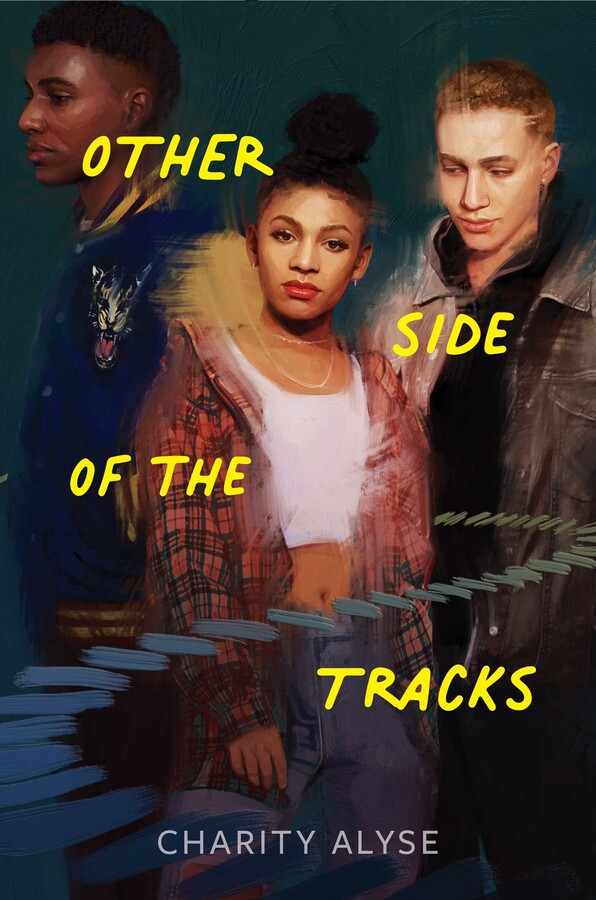 Today we are very excited to share an interview with author Charity Alyse (Other Side of the Tracks)! 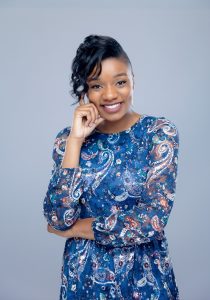 Charity Alyse earned her bachelor’s degree in English literature at Rowan University and is currently working toward a master’s degree in clinical mental health therapy. Other Side of the Tracks is her first novel. Alyse lives in New Jersey. You can find her on Twitter and Instagram.

About the Book: Other Side of the Tracks 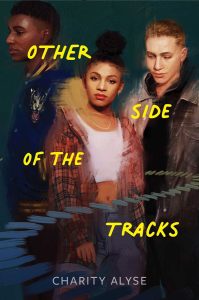 This lilting and riveting young adult debut novel about three teens entangled by secret love, open hatred, and the invisible societal constraints wrapped around people both Black and white is perfect for readers of All American Boys and The Hate U Give.

There is an unspoken agreement between the racially divided towns of Bayside and Hamilton: no one steps over the train tracks that divide them. Or else.

Not until Zach Whitman anyway, a white boy who moves in from Philly and who dreams of music. When he follows his dream across the tracks to meet his idol, the famous jazz musician who owns The Sunlight Record Shop in Hamilton, he’s flung into Capri Collins’s path.

Capri has big plans: she wants to follow her late mother’s famous footsteps, dancing her way onto Broadway, and leaving this town for good, just like her older brother, Justin, is planning to do when he goes off to college next year. As sparks fly, Zach and Capri realize that they can help each other turn hope into a reality, even if it means crossing the tracks to do it.

But one tragic night changes everything. When Justin’s friend, the star of Hamilton’s football team, is murdered by a white Bayside police officer, the long-standing feud between Bayside and Hamilton becomes an all-out war And Capri, Justin, and Zach are right in the middle of it.

The inspiration for Other Side of the Tracks came during the rise of the BLM movement a few years ago. I was a junior at a predominately white university and didn’t have many friends. As a matter of fact, I spent much of my time tucked away in the dusty shelves at the university library or in the offices of my literature professors (they were my only friends other than one student: Hi Kenya!)

I enrolled myself into a Creative Writing Children’s Stories class during the afternoons. We were all given an assignment to write a ten-page story about anything. I chose to write about a girl who reminded me a lot of myself. One who didn’t have many friends and didn’t know how she fit into the world around her. Just like in my world, a Black boy was murdered by the police and the media caught onto the story. This caused her entire town to war with the neighboring town next door. The girl didn’t know how she fit into it, she wanted to join in on the fight but how could she?

I called it, Other Side of the Tracks. Writing it was a form of therapy for me. My class responded with tears and my professor suggested I turn into a novel. Nine months passed and there it was. A finished novel told from three points of view. One about love and the length many will go through to ensure their dreams come true and their worlds be changed. I also made sure to include Romeo and Juliet elements to it. (I was also taking a Shakespeare class that semester). Other Side of the Tracks was born out of a confusing time, but I tucked myself deep into the towns of Hamilton and Bayside and in them…I found healing.

The title was what came first! That’s usually how it is whenever I write, which is hilarious! Even when I’m working on drafts, it’s easier for me to come up with the titles first! It gets the mood for the story going and really makes it feel like I have a skeleton.

Other Side of the Tracks is told from multiple points of view, so there are so many scenes that display the character’s wants, will, and emotions so clearly. I think the scene I’m most proud of is Justin’s first chapter. Justin was the character that was the hardest to connect with. As a matter of fact, Carpi and Zach’s characters were told in first person and Justin was told in third person. My editor was like, yeah, that’s not gonna work. I had to give Justin an entire rewrite. By doing that, I got to know him so much better.

In his first chapter, the layers of his character really began to peel off and he expresses what it feels like to be a seventeen-year-old boy in Black skin. Specifically, how much he’s given permission to feel. It’s a short chapter and super personal, but it’s my favorite. I can’t wait to hear how the audiobook actor will sound reading this scene!

I’ve learned that writing isn’t for the faint of heart. There is so much strength that needs to be had when writing. I dreamt of being an author since I was six years old. I wrote so much throughout life that words are such a huge part of me. It’s so easy to focus on the words when there is no deadline or contract involved. Once all of that is involved, there becomes so much more to take into consideration like marketing and promotion. After a while it blurs the lines of what I wrote for to begin with. Which is writing to make me happy and feel fulfilled. So, I think the most important thing that I’ve learned is to remember. Remember who I love to write and who I’m writing for. Also! Not to get so caught up in everything else that I forget to focus on what I love about my job!

There is SO much that I love about the book cover. When I saw it, I burst into tears. I’d say that I love seeing my characters. They look SO real! Alexis Franklin is such a talented artist and did such a great job bringing Capri, Justin, and Zach to life. I love the way she portrayed their personalities as well! The way Zach’s eyes are narrowed in Capri’s direction is *chef’s kiss!*

HOUSE OF YESTERDAY by Deeba Zargarpur! It looks like a thrilling read!

Each character in Other Side of the Tracks has a dream they desire. For Zach (who lives in the all-white town of Bayside) that dream is to be a famous record producer and rapper. What holds him back? His white skin. Justin desires a college scholarship for basketball. What holds him back? His pregnant girlfriend who desires a simpler life and realistic expectations. Capri longs to dance on the stages of Broadway like her mother did before she passed away. What holds her back? Fear of failing.

There is so much that holds us back from reaching our dreams, whether self-impressed or told to us by others. When you read Other Side of the Tracks, you’ll get to know these characters who take chances and fight for what they believe in. I hope that by connecting with these characters, they’ll have the courage to know that with a little faith all things are possible, no matter what anyone says.

Don’t quit your daydream!! 200 rejections weren’t easy at all! If you have a dream that is close to your heart, don’t ignore it. Its within you for a reason. There were so many times that I wanted to give up and throw in the towel. I always say that my characters wouldn’t let me. Their story tugged on me for so long. I knew it needed to be told. If you have a dream that won’t go away, don’t be afraid to keep trying for it. I promise when it comes to pass, you’ll be happy you kept trying. All the tears will be worth it.

Other Side of the Tracks is also available on audiobook! The BEST actors are voicing the characters, if you prefer audio make sure you get a copy!

Title: Other Side of the Tracks

One (1) winner will receive a signed copy of Other Side of the Tracks (Charity Alyse) as well as a bookmark, postcard, and character art! ~US ONLY

Tags: Charity Alyse, giveaway, Interview, Other Side of the Tracks, Simon and Schuster

4 thoughts on “Author Chat With Charity Alyse (Other Side of the Tracks) – US Only!”

You are here: Author Chat With Charity Alyse (Other Side of the Tracks) – US Only!