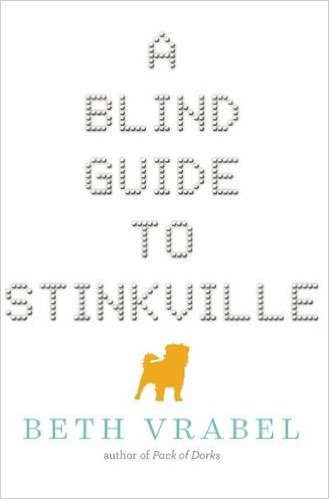 Hello YABCers! I had the wonderful opportunity to chat with Beth Vrabel, author of A BLIND GUIDE TO STINKVILLE. Her book is about the delightful, heartfelt journey of Alice as she learns about her new town and its residents. Beth was kind enough to answer a few questions I had about her new release, as well as her writing process. – Hannah Hudson

Beth Vrabel grew up in a small town in Pennsylvania. She won a short-story contest in fourth grade and promptly decided writing was what she was going to do with her life. Although her other plans–becoming a Yellowstone National Park ranger, and a professional roller skater–didn’t come to fruition, she stuck with the writing. Beth’s background is journalism and was editor of two regional magazines and a lifestyle columnist. Beth now writes full time.

Before Stinkville, Alice didn’t think albinism—or the blindness that goes with it—was a big deal. Sure, she uses a magnifier to read books. And a cane keeps her from bruising her hips on tables. Putting on sunscreen and always wearing a hat are just part of life. But life has always been like this for Alice. Until Stinkville.
This is a stirring small-town story that explores many different issues—albinism, blindness, depression, dyslexia, growing old, and more—with a light touch and lots of heart. Beth Vrabel’s characters are complicated and messy, but they come together in a story about the strength of community and friendship.

With introductions in order, it’s time to chat!

Hannah Hudson: Growing up in a small paper mill town, much like Alice’s Sinkville, were any of Alice’s adventures based on your own personal experience?

Beth Vrabel: Some of them, for sure! In my hometown, everything is named after the paper mill, just like it is in Sinkville. The whole town is centered on the mill—if you don’t work there, you know someone who does. And because of the mill’s, ahem, signature scent, it’s what everyone associates with the town.

I’m grateful for the mill—it provided the incredible lake where I would go fishing with my dad. It sponsored the library where I won my first writing contest. It keeps our town running.

But, just as Alice finds out in Sinkville, my hometown is so much more than the mill and its stink. It’s jam-packed with wonderful people and fascinating stories.

HH: I loved that Alice’s albinism didn’t stop her from exploring Sinkville. What was your favorite part of the town to write about?

BV: Without a doubt, the Sinkville Sycamore. There is a gorgeous two-hundred-year old sycamore tree here in Connecticut, where I currently live. I can’t seem to drive by this tree. Every time I try, I end up stopping, even if it’s just for a minute or two. Every time I have that same feeling you get when you first spot the ocean. That the-world-is-so-much-bigger-than-me magical feeling, you know? My children run up and greet it like it’s an old friend.

HH: How did you go about creating the distinct characters that Alice meets? Did you start with their stories or their personalities? Were there any characters that were more difficult to write than others?

BV: Their personalities definitely emerged before their stories for me. Some of these characters weren’t even supposed to have stories, but they wouldn’t stop speaking to me! Sandi, for example. I originally envisioned her as just a stuck-up girl who popped into the library once in awhile, standing in stark contrast to Kerica, who is gentle and kind—except around Sandi. But Sandi just kept cropping up, kept hinting at more, until I let her share her story. And she ended up growing just as much—maybe more—than Alice.

Mr. Hamlin was the most difficult character to write. I have to admit, I cried while writing about his drowned house. And I fought hard against the move he makes during the book. Alice was pretty angry with me about that one, too.

HH: STINKVILLE has so many powerful stories to tell, was it ever a challenge to mesh those storylines together in such a fluid way?

BV: I can’t French braid to save my life, and this was by far the most challenging literary plait I ever created! I’ll admit, there were moments when I was writing the Stinkville stories where I wasn’t sure how or if they’d all come together. But there is magic in storytelling. All these breadcrumbs we sprinkle create a trail for the writer—and reader—to follow.

HH: One of my favorite characters is Alice’s mom. Her struggle with depression isn’t hidden from Alice, but talked about throughout the story. Was that something you set out to do, or did it happen naturally as the story progressed?

BV: A little of both, honestly. Even though we know one in four adults in America live with mental illness, it’s an issue rarely discussed openly and almost never with children. Think about it—one in four grown-ups! That encompasses a lot of mothers, fathers, aunts, uncles and grandparents. It was important to me that Alice’s mom has a realistic experience with depression. It doesn’t go away after a good night’s sleep or a special bonding moment. She inches forward on those days, sure, but that doesn’t mean she won’t stumble backward the next day.

A reader recently commented to me that reading STINKVILLE together with her son opened the door for her to discuss her own anxiety issues with him. That fills my heart.

HH: How did your career in journalism prepare you for writing Alice’s story?

As a reporter, I knew that my neighbors, friends and family were counting on me to get their stories right and would hold me accountable if I didn’t. I knew they wanted more than just the bare facts—they wanted to know what made the story important to them and their town; they wanted to connect to story.

My favorite memory of working at the newspaper happened after a tornado ripped through town. The next morning, my mom called me. “Beth! Can you believe this? I just read about this woman who was making her family dinner, her kids upstairs, when the tornado ripped the roof straight off her house! Can you imagine? Listen to this!” She proceeded to read the article to me over the phone. “Mom!” I interrupted her. “Check the byline on that. I wrote the story!” Moments like that, I knew I got the story right.

I was blessed to work with editors who recognized and prioritized just how important it is to get the story right. In STINKVILLE, Alice’s mom tells her, “Every story about a person is important. To someone, that story is everything.” This is a lesson I learned again and again as a reporter. You’ve got to get the story right, keep digging until you reach the truth of the situation.

In so many ways, Alice is a natural reporter. She finds the story in everyone she meets.

A big thanks to Beth Vrabel and Hannah Hudson for this enlightening interview! Now read on for the latest giveaway below! 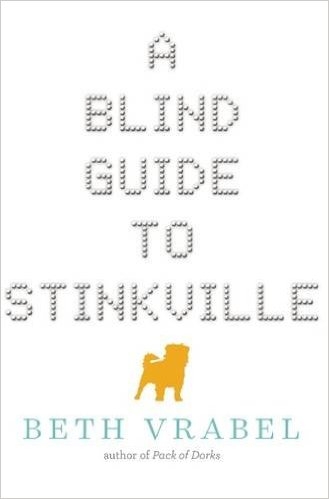 A Blind Guide to Stinkville

Five winners will receive a copy of A Blind Guide to Stinkville, US and Canada only. 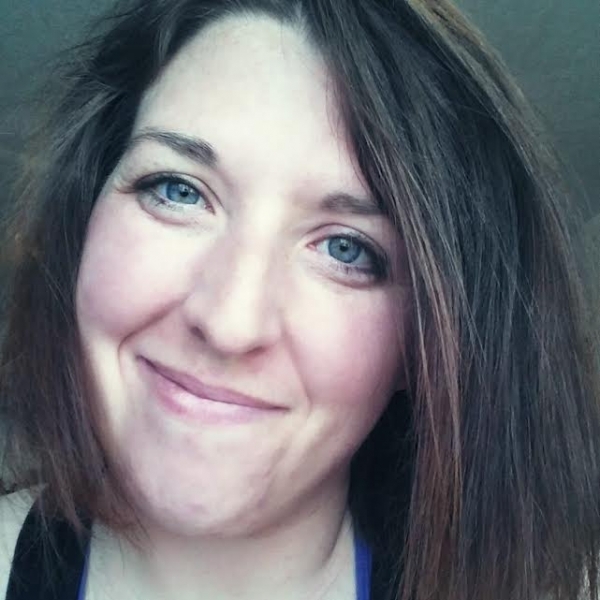 Hannah Hudson lives in Salt Lake City with her husband and their very naughty chickens. In addition to being a YABC Staff Reviewer, Hannah works in a library, which means she’s constantly surrounded by books. She spends her free time writing YA fantasy novels and participating in Medieval Armored Combat competitions.

You are here: Author Chat with Beth Vrabel