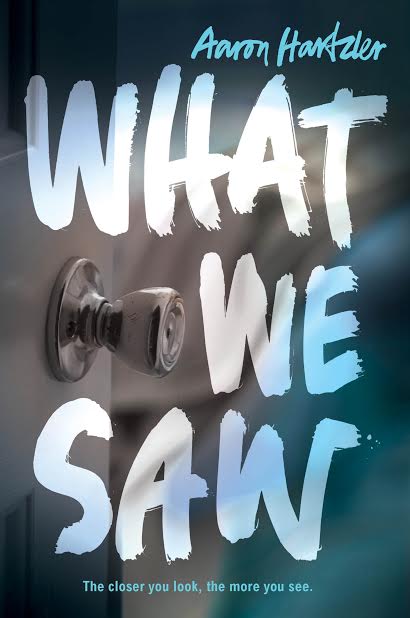 Angela Blount: What compelled you to write in the Young Adult contemporary genre?

Aaron Hartzler: Honestly, I didn’t really choose a genre when I sat down to write my first book. I just chose to tell the story I felt compelled to write at the time. This is my writing advice: Write the book that will get you to the page. For me, that happened to be my memoir Rapture Practice. That book focused on my teenage years, questioning my family’s faith and grappling with my emerging sexuality in a very fundamentalist religious high school. Because that first book is about a teenager, it was marketed as a Young Adult memoir. I’m so happy to be counted among the amazing writers working in contemporary YA, and I agree with my friend, author Andrew Smith, who says he doesn’t write books “for” teenagers, he writes books “about” teenagers that are “for” anyone. I don’t think about my audience when I write; that would paralyze me. I just think about whether or not I like the story I’m telling and the characters I’m creating, and focus on crafting the best sentences I can. I am very pleased that so far, those stories have been about teen protagonists, because it allows me to be a part of the incredible YA book world.

AB: Why did you choose Iowa as the setting for What We Saw?

AH: Because I was writing a fictionalization of actual events, I wanted to create a fictional town, too. I grew up in the midwest and took lots of road trips through places like Nebraska, Iowa, and Indiana as a kid and teenager, so I knew I wanted it to be set somewhere in the middle of the country. As I was researching where that should be, I stumbled upon a blog about the geological history of Iowa which featured pictures of the coral fossils that can still be found there. When I read that Iowa was part of a vast, shallow sea about 350 million years ago, I caught a glimpse of the main character, Kate, searching for fossils behind her high school building in Iowa for a Geology class assignment. When I thought about how different the topography of Iowa is today, and how the events of this story would change this town, and change Kate, I knew I’d also found a central metaphor for the book.

AB:  This is difficult subject material—particularly considering it was inspired by actual events. Could you share with readers why you picked this story for your debut into the realm of YA fiction?

AH: During the events that transpired in Steubenville, Ohio, my youngest sister was still in high school, and when I would see pictures of these kids on the news or social media, I would think of her. I graduated from high school the same year Al Gore invented the internet, so I didn’t have social media when I was a teenager, and I couldn’t stop thinking about what it must be like to be coming of age in the middle of a national conversation about sexual violence. Also, having begun in nonfiction with a memoir, I knew that I wanted to carve out a place for myself on the fiction side as close to narrative nonfiction as possible. I like to say that my book ideas are “gently tugged” from the headlines.

AB: What was the most challenging part for you about writing this book?

AH: The most challenging part of writing anything for me, is actually sitting down to do it. I’m an extrovert, and there are times when it is almost physically painful for me to sit in a room by myself. But that’s what’s required to write a book: quiet, and focus, and time to think. I live by the beach and try to surf a couple times a week. Writing is a lot like surfing. If you want to catch a wave, you have to be out there paddling around. Nobody catches a wave sitting on the beach. For me, moving my fingers on the keyboard is paddling around, and the more I paddle around, the more frequently I can catch a wave of words.

AB: Could you tell us a little bit about the most current project you’re working on?

AH: I’m currently revising my novel for 2016. It’s a southern gothic set in a tiny town in Arkansas much like the one where I was born. The events are loosely based on the girls in LeRoy, NY who developed Tourettes-like symptoms in 2012. It wound up being a case of conversion disorder that grew into a mass psychogenic illness. The narrator is a 17-year-old gay guy named Joe whose older sister Charlene is the queen of the school. Charlene sleeps with Joe’s boyfriend one night, and then becomes the first girl at her school to come down with a series of tics. As the tics spread, all of the family secrets start to come to light. Because of this, Joe has to admit what is actually true about his situation, instead of what he wishes were true about it. The book is called TWITCH and at its heart it’s a story about finding forgiveness—for both yourself and others.

AB:  Do you have any writing habits that might be considered unusual?

AH: I can write anywhere. On a plane. On a train. In my bed. In my kitchen. At Starbucks. On Margaret Stohl’s couch. (That last one is my favorite, actually.)

AB:  What books would you say have most influenced your life and growth as a person?

AH: This is an impossible question because I’ve read so voraciously for so long, but I’ll do my best to limit it to just a few:

Barbara Kingsolver’s POISONWOOD BIBLE is probably my favorite novel of all time. THE SECRET HISTORY by Donna Tartt is a close second. When I was in 6th grade, I discovered Erma Bombeck’s books in a box at a garage sale and forced my family to listen to me read entire chapters aloud in the station wagon on road trips, as I literally wept with laughter. THE GRASS IS ALWAYS GREENER UNDER THE SEPTIC TANK introduced me to the humorous personal essay. I had never read anyone sort of poke fun at her own life before, and it turned me on to humorists of all stripes. It prepared me for David Sedaris, and Isaac Oliver and, one day, to write a memoir of my own.

A big thanks to both Aaron Hartzler and Angela Blount for this enlightening interview! For more about Aaron, his book, and (drumroll……….) the lastest giveaway, read on! 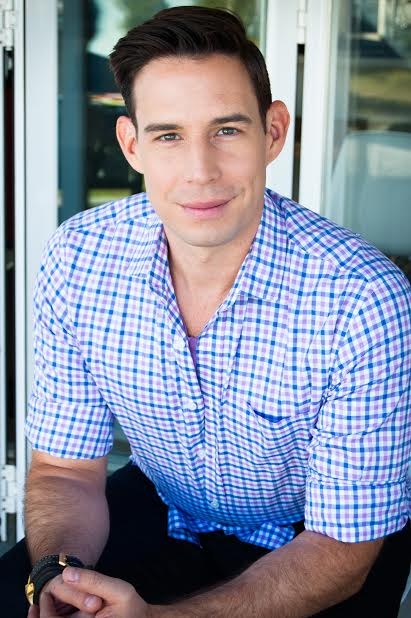 Aaron Hartzler is the author of the critically acclaimed YA memoir Rapture Practice. This is his first work of fiction. You can visit him online at www.aaronhartzler.com.

Meet Aaron’s book, What We Saw

The party at John Doone’s last Saturday night is a bit of a blur for Kate Weston. She can piece together most of the details: Stacey Stallard handing her shots, Ben Cody taking her keys and getting her home early —the feeling that maybe he’s becoming more than just the guy she’s known since they were kids. But when a picture of Stacey passed out over Deacon Mills’s shoulder appears online the next morning, Kate suspects she doesn’t have all the details. What really happened at the party after she left?

When Stacey levels charges against four of Kate’s classmates – all of whom are beloved basketball stars in the community – the whole town erupts into controversy. Kate can’t shake the idea that this could have been her, if not for Ben Cody, and goes in search of answers. Facts that can’t be ignored begin to surface, and every tidbit Kate finds leads back to the same questions: Who witnessed what happened to Stacey? And what responsibility do they have to speak up about what they saw?

This honest, authentic debut novel—inspired by the events in the Steubenville, OH, rape case—will resonate with any reader that has ever walked that razor-thin line between guilt and innocence that so often gets blurred, one hundred and forty characters at a time.

Sounds great, right? Keep reading for a chance to win your very own copy! 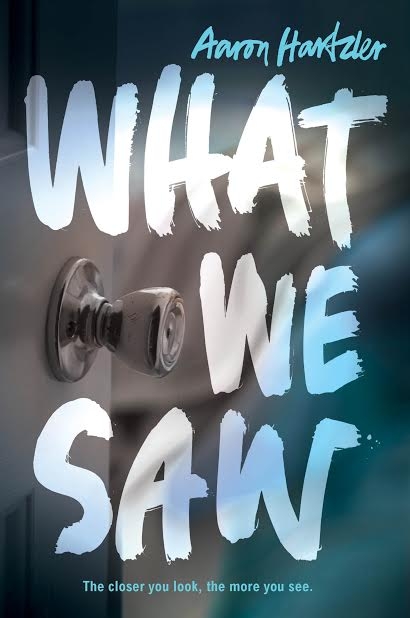 Two winners will receive a copy of What We Saw, US only.

Entering is simple, just fill out the entry form below. During this giveaway, Aaron Hartzler has a question for entrants. Here is the question they’ll be answering in the comments below for extra entries: How do you feel social media has impacted social responsibility?

You are here: Author Chat with Aaron Hartzler