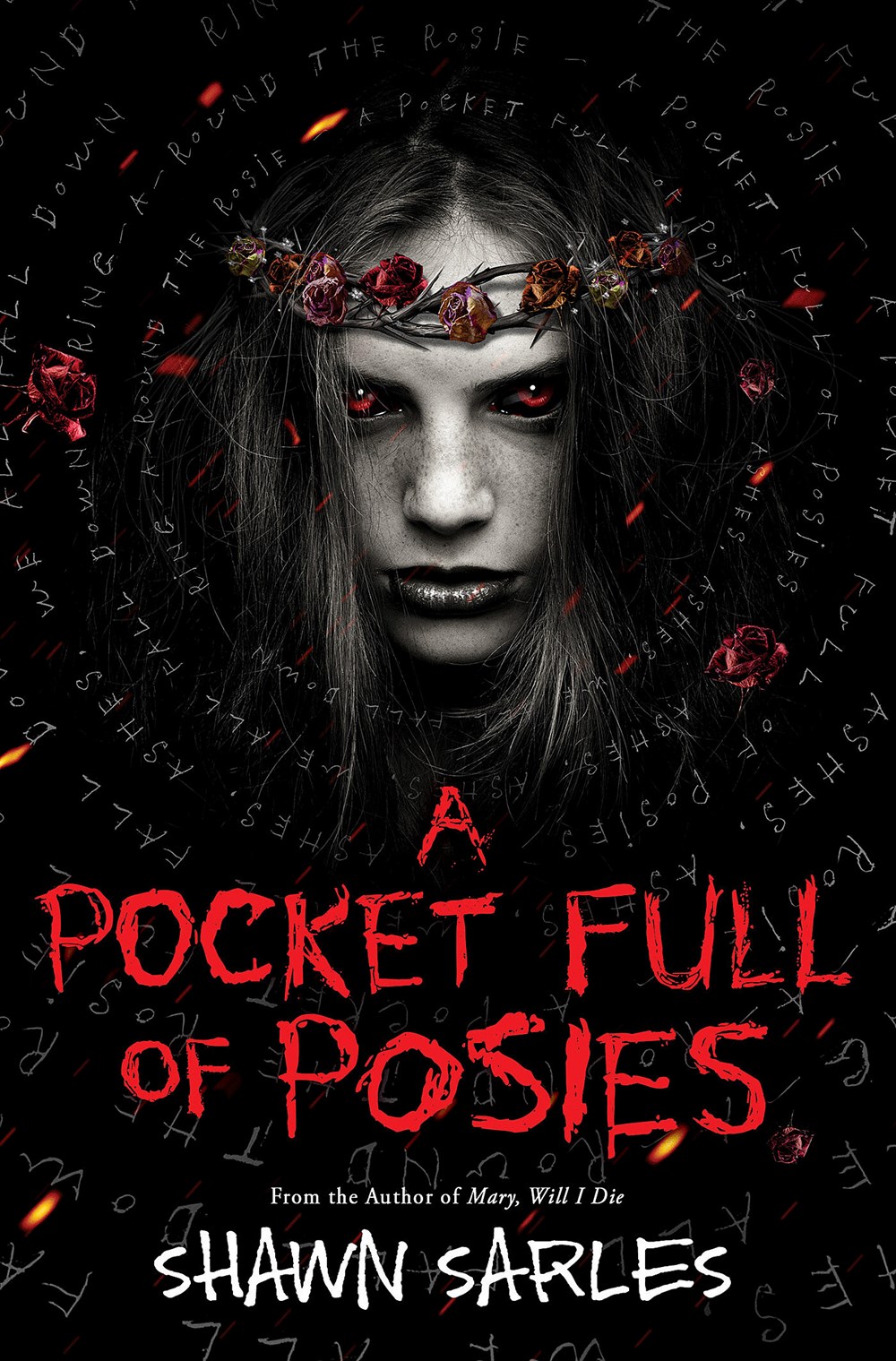 Read on for more about Shawn, his book, and a giveaway! 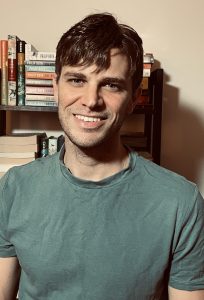 Shawn Sarles is the Indie Bestselling Author of Campfire, Mary, Will I Die?, and the forthcoming A Pocket Full of Posies. Born in western Kentucky, he went to college at Wake Forest University. He lives in Philadelphia with a French Bulldog and two chatty parrots.

About Pocket Full of Posies: 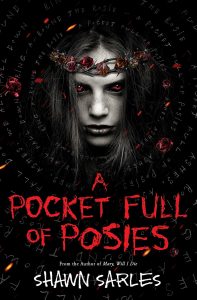 Who will be the one to fall? In this terrifying spin on the old rhyme, a family moves to a seemingly perfect town only to discover that it is anything but normal.

The scent of the town engulfs Parker in its perfume the moment she enters the gates. So much so that she nearly forgets all about the life that she left behind and the best friend she abandoned. Coronation is a place where she and her parents can have a new start. And as soon as Parker gets there, its peacefulness puts her at ease. Everyone is nice. The tennis team immediately accepts her. Even the boys are easy to talk to. The only thing that she can’t quite understand is the town’s history—its devotion to the saint, Rosamund, who helped the original town settlers survive their first winter all those years ago.

But she isn’t the only skeptic. Whatever you do, hold on tight. Don’t fall down, the boy tells her frantically before the town’s yearly Spring Festival—thrown in Rosamund’s honor to encourage the harvest. But Parker can’t help it. The vibrant festival immediately draws her into the gardens, the rows of flowers, the food, the laughter. Linked together with the other girls, Parker finds herself spinning with the other girls, struggling to stay in sync. Tilting forward, it’s as if her balance has been taken from her.

Because Rosamund has been waiting. Parker has been chosen. Coronation’s next Rose Duchess has been crowned, destined to fulfill her role unless she can find a way to uncover the truth.

That was all it had taken to uproot their entire lives and move from Washington, DC, across six states. Forty-eight hours and everything had changed.

On the drive up, Parker had watched her familiar, crowded city give way to rolling pastures and then a monotonous mass of suburban sprawl that she’d mostly slept through. But when her dad had nudged her awake several hours later, saying that they were close, she’d had to pinch herself.

Because this couldn’t be real. Her family didn’t belong in a place like this, in a picturesque little town tucked away on the southern tip of Massachusetts. In a place called Coronation.

But that was what the sign had read when they’d crossed into town. And Parker could believe it was a place where kings and queens lived. She could see the ocean crashing just outside her window. And on the other side, everything ahead of her was so green and spread out and perfect-looking. There weren’t any apartment buildings in sight, just huge house after huge house, every single one with a neat garden out front. And as her dad turned into the driveway of one of the monstrosities, it hit her that this one was theirs. Their own house. Their own garden. It felt impossible. From the looks on her parents’ faces, she could tell they felt the same way.

As Parker slammed the car door, she stretched her arms high over her head, rubbing her eyes as if she’d woken from a long, restless sleep. This was her new reality. The past weekend had been a whirlwind of packing and labeling and cleaning. Of saying goodbye—though there was one person Parker couldn’t bear to face.

Glancing down at her phone now, she was relieved to see that she didn’t have any messages waiting for her. Dani had made good on her promise. She was done with Parker. She hadn’t texted her or commented on her moving day post. Parker knew it was what she deserved. But she couldn’t get it out of her head. Would Dani notice her missing at school the next day? Would she wonder where she’d gone? Or would she move on like they’d never known each other at all?

Parker’s grip tightened, and she stared harder at her phone. But when nothing changed, she reminded herself that this was for the best. She had no clue what she’d say if Dani did reach out. She just wanted to forget all about that night. About how she’d failed at being a best friend.

“What do you want?” her mom asked, and Parker blinked, coming out of her thoughts. “Your dad’s grabbing dinner.”

“Whatever,” Parker mumbled, taking one last glance at her phone before putting it away.

“I’ll be right back,” Parker’s dad said, bounding toward the car before setting foot inside their new home.

Maybe he was nervous to start his new job, knowing that so much was riding on it going well. Or maybe Coronation’s grandeur was making him feel uncomfortable, too. Or maybe he was just tired from a day of driving.

As Parker watched him pull out into the street, she tried not to worry about it. There wasn’t anything they could do about it now. They’d moved. They were citizens of Coronation. They just had to get used to it. There was no going back.

“I know it’s hard to leave everything behind,” Parker’s mom said, sidling up next to her in the driveway. “But this place is going to be good for us. I can feel it.”

Parker nodded, watching the car until it turned and dis- appeared. She hoped that was true. And judging by the grin on her mom’s lips—the one that Parker hadn’t seen in a very long time—she had a good feeling that it might be.

Three (3) winners will win a copy of A Pocket Full of Posies (Shawn Sarles) ~US/CAN ONLY!

5 thoughts on “Spotlight on A Pocket Full of Posies (Shawn Sarles), Excerpt & Giveaway ~ US/CAN Only”

Little Hearts: Finding Hearts in Nature
Albie on His Way
A Cruel and Fated Light
Breakfast Buddies
Down in the Dumps: The Mystery Box
Down in the Dumps: Trash vs. Trucks
Down in the Dumps: A Very Trashy Christmas
Jingle the Christmas Clown
Map of Flames (The Forgotten Five #1)
Reindeer in Here: A Christmas Friend
I'm a Little Snowman
Santa Mouse Bakes Christmas Cookies (A Santa Mouse Book)
A Very CoComelon Christmas!
Happy All-idays!
The Love Match
The Magic Pencil
Leo's Lavender Skirt
Feminist Kids
Be Careful, Bruno!
A Rock in the Ocean
Skyriders
When You Wish Upon a Lantern
Keyana Loves Her Family
How Many Squirrels Are in the World?
Dreams of Song Times
The Quiet and the Loud
Romani Redd: Stripped
Mr. Bear's World of Food
Augland
The Totally Not Wicked Stepmother

You are here: Spotlight on A Pocket Full of Posies (Shawn Sarles), Excerpt & Giveaway ~ US/CAN Only